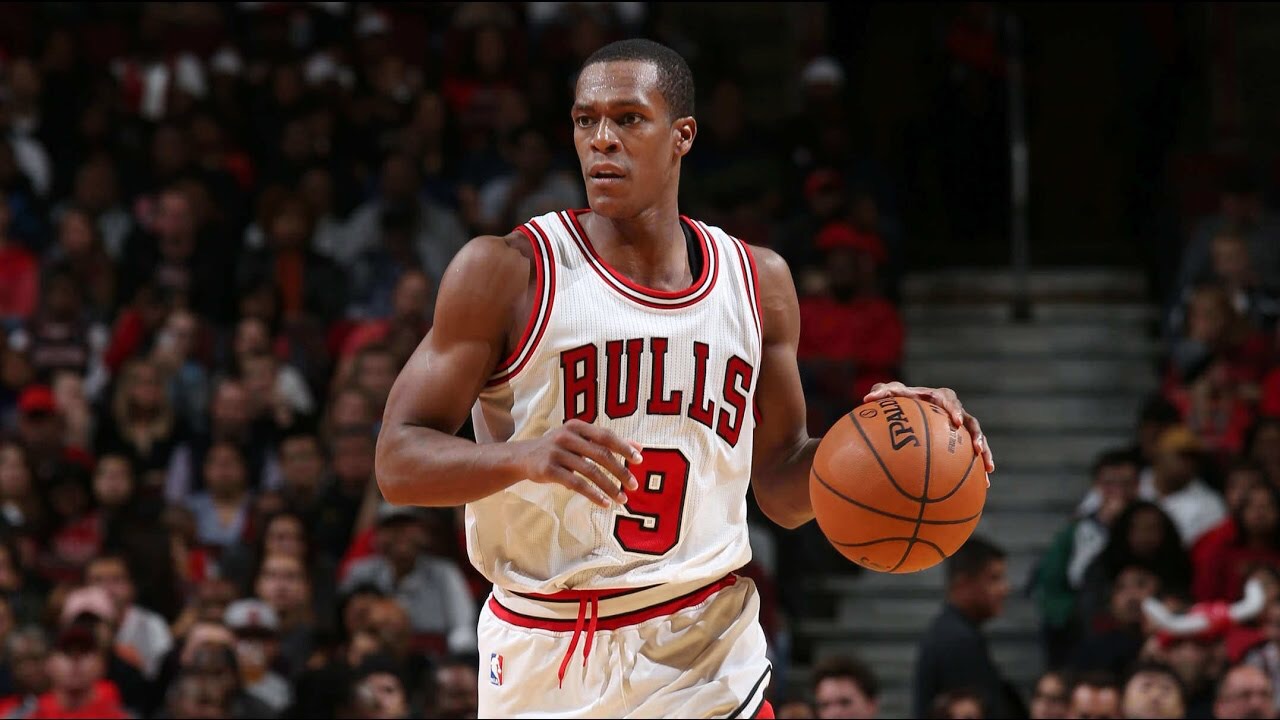 And the day after Magic Johnson won his last championship he wondered where else he would go. He never reached that height again and came back but wasn’t the same and then Duncan came and a new order was established and things got cleaner. The suddenness and completeness of Johnson’s fall surprised many as did the failure of anyone built like him to be able to play like him. What Johnson’s experiences show us is that nothing is guaranteed.
Rajon Rondo, like Magic, could toss up a triple double from time to time. Unlike Magic he has never been never much of a leader and has never been a complete or committed player. His continued lack of maturation reflects poorly on him and his family but while he’s sitting in his mansion and probably every other time of the day the clueless one couldn’t care less.

Rondo is the Bulls’ problem and that franchise can’t avoid problems. Since Jordan and Pippen left it’s been one disaster after another for Chicago’s finest. Jay Williams suffered a career ending injury and Rose also hurt himself. Owner Jerry Reinsdorf loves making money and has 6 trophies so as long as moronathons who still think the Bulls are going to win like it’s 1997 are buying tickets and merch and paying way too much for arena food and beverages why does he have to hire somebody really good to change the prism? He has no clue about how to build a winner. He didn’t draft Jordan and got the team because Steinbrenner and others didn’t want them and were to stupid to properly value MJ or see where the league was going. The beautiful thing for those who dislike the Bulls is that when Jerry dies he’ll probably leave the team to his children and Lakers’ fans who can actually think know how well that can go.

Erik Spoelstra has won championships like Reinsdorf but like Reinsdorf is stupid. Great players win championships and John Wooden knew that as well as anybody. Spoelstra worked huge hours while he had a loaded teams because his equally stupid boss, Pat Riley, demanded it and because he was too stupid to realize his guys would win even if he worked less. He was also too stupid to think about the possibility that his guys might play better if he worked less.

Now Spoelstra’s team isn’t loaded so of course they lose a lot. Idiot Erik still probably works all the time and that’s for the best. At least as far as we know the moron isn’t trying to rob banks. He leaves the robbery to those in charge of setting ticket prices for Heat home games. Those who spend good money on those tickets thinking it’s 2012 deserve everything they get.

His academic background is in business and math. He has done numerous work tasks besides writing. My interests include exercise, sports, music, and politics.