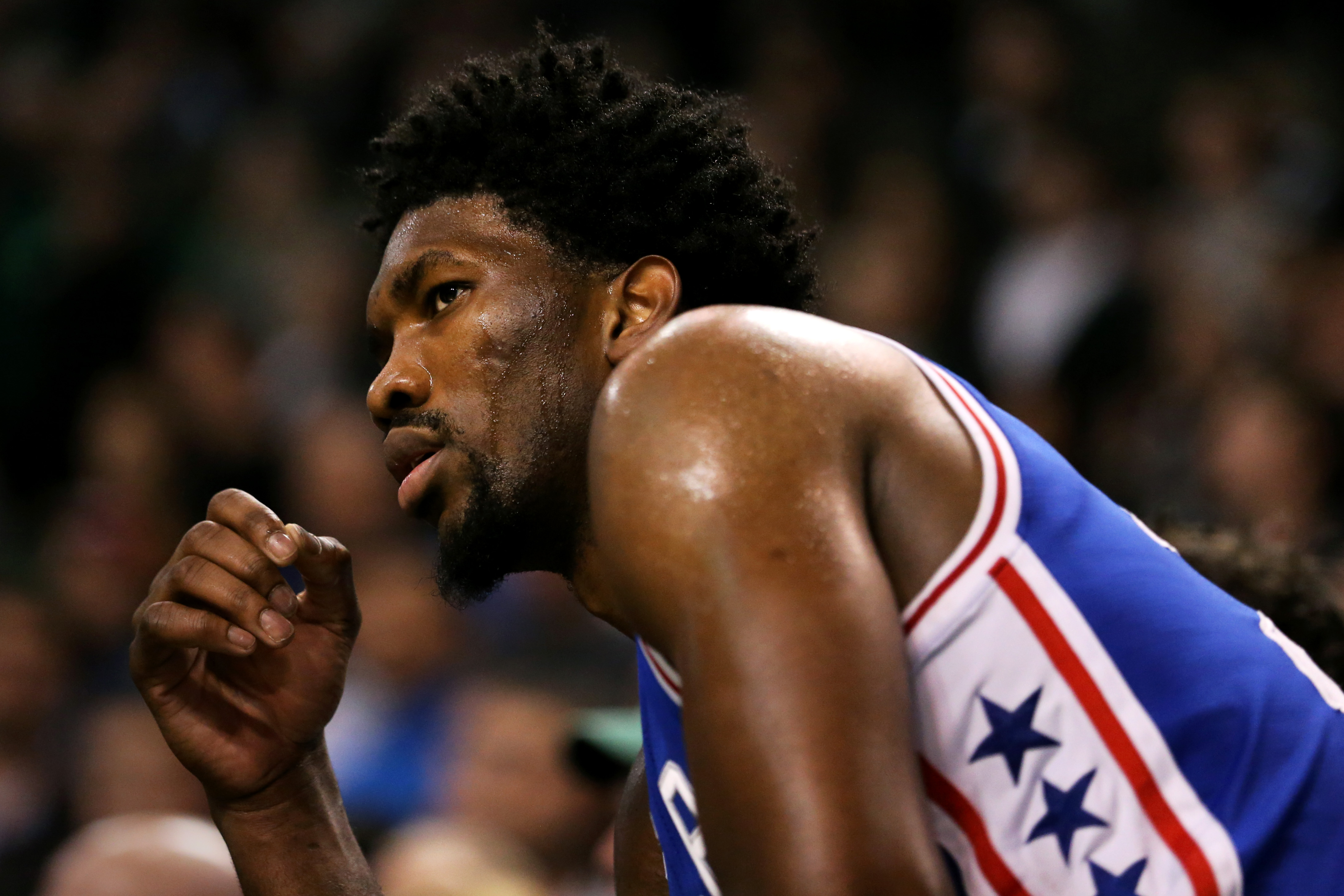 For 24 minutes, all signs pointed towards the Sixers earning that long-awaited 3-game winning streak. Philadelphia led 62-51 heading into the locker room, Joel Embiid had 17 points, and fans in the TD Garden (in Boston) were literally chanting “Trust the Process”.

The second half saw the Celtics lock in and get hot from behind the arc. On the night, Boston knocked down a whopping 19 of 40 three-point attempts. Avery Bradley (game-high 26 points) knocked down many of his 6 threes in the third quarter, then passed the baton on Al Horford in the fourth (4-7 from three for 19 points). That hot shooting set the stage for a final sequence that came right down to the wire. Then, it was Ersan time, but not in a good way.

With the Sixers up 2 with 28 seconds and coming out of a timeout, Brett Brown inexplicably left Ersan Ilyasova in for the second game in a row on a key defensive possession. Once again, Ersan completely botched the play, this time misplaying a pick-and-roll and letting Kelly Olynyk barrel down the lane unguarded.

Unfortunately, Joel Embiid felt he should be the one to help, even though he was same-side defender tasked with guarding Horford in the short corner. Olynyk kicked it to Horford, who obviously drained the shot, and the Celtics led by one. Ersan was not done, however.

On the next possession, after a poor pass by Embiid that TJ McConnell was lucky to retrieve, Ilyasova found himself with the ball about 20 feet from the rim along the baseline. Despite the fact that there were still 7-8 seconds left, Ilyasova threw up an off-balanced heave that clanked off the iron.

Finally, after Amir Johnson hit one of two free throws, Brett Brown drew up a play to offer Ersan a chance at redemption. Ilyasova came off a screen wide open, but didn’t look like he caught the ball cleanly and ending up air-balling the potential game-winning three-point attempt. It was about the worst three-possession sequence imaginable for “The Professional”.

I generally like having Ilyasova out there with Embiid; he helps space the floor and open things up for JoJo. But he should never be taking 21 shots like he did Friday night, and he should never be in when the team is coming out of a stoppage and needs a defensive stop.

Anyway, although Embiid slowed down in the second half and struggled with foul trouble (eventually fouling out in the closing seconds), he did have finish with 23 points, going a perfect 10-10 from the foul line, and made the basket look like when a kid lowers his driveway hoop to 7-feet to mess around.

In his Boston homecoming, Nerlens Noel was the only other center Brett Brown used on the evening. Noel was outstanding defensively, rotating, sliding across pick-and-rolls, and recovering like a madman. He also had his customary (when he receives playing time) 3 blocks and 2 steals to go along with 13 points and 8 rebounds. Noel played a season-high 25 minutes, while Jahlil Okafor got the dreaded DNP-Coach’s Decision; small wonder the Sixers hung with one of the better teams in the league on the road.

Finally, TJ McConnell continued his fine play since entered the starting lineup for the injured Sergio Rodriguez, recording a career-high 17 assists (against just 2 turnovers) and 9 points. McConnell plays at such a controlled pace, finding the right angles to set others up with open looks; he also has great chemistry throwing oops to Noel.

I plan on expanding upon this in a piece for Fan Rag Sports, but I think the better teammates you place with TJ, the more he can help your team, because he is a true table setter. No surprise that having him alongside Joel Embiid lately has taken his game to the next level.

Tough to see the Sixers see this game slip through their fingers, but it was a good effort, a fun game, and the losses are still beneficial come lottery time. They should have an easier time of things Sunday in Brooklyn.