It's time to trade Brook Lopez 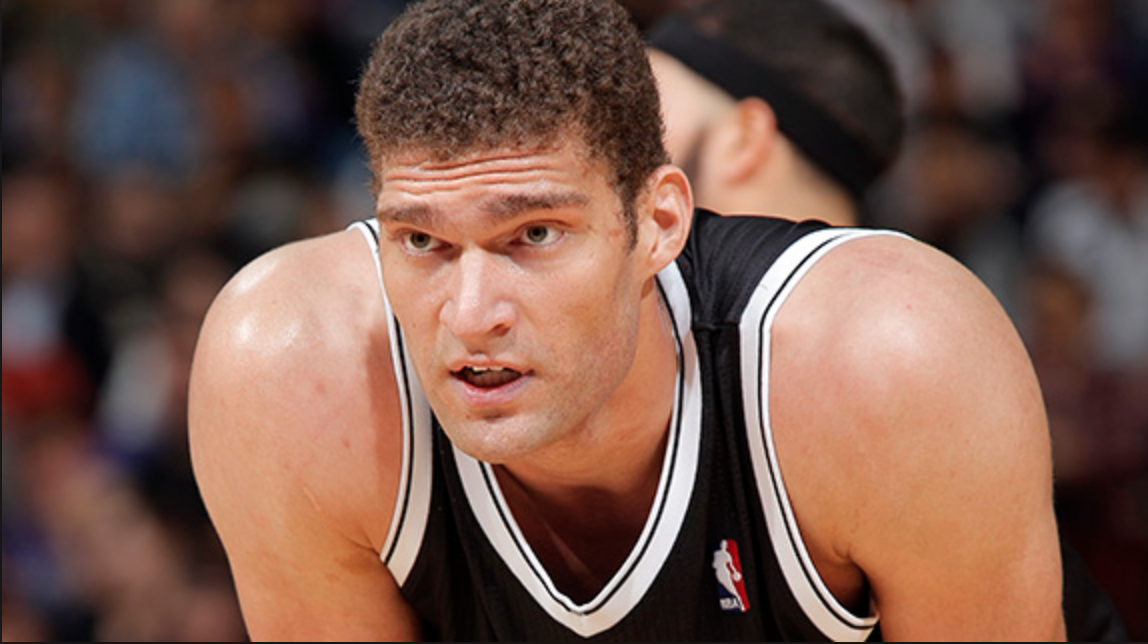 It's time to trade Brook Lopez

The building of a NBA team is a marathon, not a sprint. Each team is at a different spot at the moment, but over time, teams can move ahead or behind others (the Cavaliers and Heat flip-flopping is a good example) or stay in the same spot.

Current talent corresponds to current positioning, and potential/draft picks relate to speed and direction (or velocity, if physics is your type of thing).

When you look at the Nets, you see a team that was dealt a major velocity penalty by its previous general manager — Billy King — that only resulted in a temporary position improvement. After the 2013-14 season, in which the Nets beat the Raptors in the first round of the playoffs before falling to the Heat, Brooklyn’s decline toward the NBA’s cellar accelerated rapidly.

The short-term benefits of that pick-heavy trade which brought former star players to the Nets for basically one season were far outweighed by the long-term drawbacks. In exchange for that one playoff series win, Brooklyn has already suffered through one 20-win season, is in the midst of another and, likely, will deal with another one next year and maybe the year after that as well.

The only steadying factor through all of that organizational and on-court turmoil has not been a coach, an executive, or even a strength and conditioning coordinator. It has been Brook Lopez, who since the 2008 NBA Draft in which he was selected with the 10th pick by the New Jersey Nets.

Lopez has seen, and been through, it all with this team. It has dangled him in trade discussions in nearly every season — and was on the verge of sending him to Orlando for Dwight Howard in 2012 — but he has never publicly complained or shown signs of frustration with his consistently inconsistent standing as a Net.

But now, even I, someone who likes Lopez as much as anyone else and immensely enjoys him playing in Brooklyn, must confess that it is time to pull the trigger on a trade.

Simply, there is no logical reason to keep a top-five offensive center around a team that seems to get further and further from immediate contention each game. Is the recency bias from Sunday’s disheartening 105-95 loss to the 76ers and the current six-game losing streak factoring into my decision? Of course, but the sentiment still holds true.

Nothing in the NBA is more useless for a bad team than a really good player on a soon-to-be-expiring contract that has a lot of value on the open market.

The three-year, $63 million deal Lopez signed with the Nets before last season is set to be up following the 2017-18 season. Do you think Brooklyn will be in contention next year, or even the season after? I certainly don’t, so it makes all the sense in the world for the Nets to finally recoup some usable assets for one of the best players in franchise history (kind of weird to say that out loud, but it’s definitely true).

To say Brook Lopez has been a trooper for this team is an understatement of cosmic proportions. No star player in the league — other than DeMarcus Cousins, who should also be traded, by the way — has gone through the crap Lopez has in his time in New Jersey and Brooklyn.

Whether it has been coaching changes, roster overhauls or general management dysfunction, Lopez has always been around. Outside of the two foot injuries that shortened his 2011-12 and 2013-14 seasons, he has been very durable (70+ games played in six of his eight seasons) and has been one of the more consistent scoring big men in the entire league.

A report circulated last week that the Nets are seeking two first-rounders for Lopez, which is a more than legitimate request. Of course, because it’s the Nets, people on the Internet mocked the story, saying there’s no way he could garner that type of value.

To those people, I bring up the Timofey Mozgov trade from Denver to Cleveland, which netted the Nuggets a pair of first-rounders. That deal, done in January 2015, gave the Cavaliers about 1.5 years of control for a player that may be marginally better defensively than Lopez but isn’t even close to the scorer he is.

With the expanded salary cap, Lopez’ contract is reasonable for a contending team needing a top-flight interior scorer that is also a perimeter threat. There’s no reason, in my eyes, why the Nets couldn’t get a solid haul for Lopez, whose health has been beyond reproach the last few seasons and whose locker room presence has always been cited as a major positive.

It’s never easy to part with a star player, especially a homegrown one who has been the only saving grace in a tortured part of the Nets’ franchise history. We saw the same thing with Richard Jefferson, Vince Carter and Jason Kidd, all of whom were traded for pennies on the dollar in moves that set the Nets further back instead of propelling their rebuild forward.

When you think of it, the rebuild from the breakup of the Big Three has never truly ended. The move to Brooklyn, and the trades for Deron Williams and Joe Johnson which preceded it, represented a temporary equilibrium for the Nets, but it did not usher in the sort of stability necessary to have an actual contending team.

Brooklyn, and its relatively new front office, has a chance here to right at least some of the wrongs of the previous regime by selling high on a player who should have a lot of demand and is much more useful on a good team than on one of the worst in the league. It would be a shame to let that opportunity go to waste and see Brook walk in 2018.

Sometimes, the right move is the hardest one for a team to make. For the Nets, it really doesn’t seem like there’s a question as to what’s the right thing to do for the future of the franchise. Both player and team would benefit from a trade.