2017 NFL Draft: Dalvin Cook is the perfect fit at running back for Eagles

2017 NFL Draft: Dalvin Cook is the perfect fit at running back for Eagles

This season, the Philadelphia Eagles’ running game came back to life under new head coach Doug Pederson. Pederson installed a successful running back by committee with Ryan Mathews, Darren Sproles, and Warren Smallwood.

However, despite the Eagles’ success in the running game, they still lack a franchise/lead back. Mathews held the fort down in the backfield, but also had a couple of nagging injuries as well as fumbling issues. All signs point to the Eagles moving on from him.

Sproles, on the other hand, did an excellent job carrying the ball this season, putting up 438 yards on a career-high 94 carries, and had two touchdowns. But he is 33-years-old, going on 34, and the Eagles need to save him, especially with the impact he makes in the receiving and return game.

With that said,  the Eagles can address the position instantly in the first round of the upcoming draft if they so choose to. Currently, there are three running backs who could go in the first round: Florida State’s Dalvin Cook, LSU’s Leonard Fournette, and Stanford’s Christian McCaffrey.

Nevertheless, by the time the Eagles pick at either No. 14 or No. 15, Fournette will be off the board, which leaves Cook and McCaffrey. Either of those could work in the Eagles’ offense, but Cook is the best fit, and will make an impact instantly. The main reason why he will have success with the Eagles is because of his experience playing in a pro-style offense at Florida State.

In Florida State’s offense, Cook had a lot of success, rushing for 1,845 yards on 288 carries with 19 touchdowns just this season alone. He was also a factor in the receiving game with 33 receptions for 488 yards and a touchdown. The Eagles love to get their running backs involved in both facades of the game and Cook has shown that he is comfortable catching the ball out of the backfield.

Did I mention, he is also a game-breaker? Every time, Cook touches the ball, he has the chance to take it the distance.

The video above shows the damage that Cook can do in one play. In the clip, the Noles’ offense is pinned deep in Michigan territory on third and 22. They are just trying to get their punter extra room to punt. However, Cook had other plans on this play.

Cook follows his blockers, hits the hole, and explodes for a huge gain. The only thing stopping him from a touchdown was the sideline. That is actually one of his strengths, his breakaway speed. It is like watching a sprinter in a 200M dash when they are coming off the turn and bring it home down the stretch.

The clip also shows another strength of his game and that is when he hits the edge, he accelerates. This is something that the Eagles have not had since LeSean McCoy and Brian Westbrook.

It was his last game as a #Nole…

and what a game he had.

The second video clip shows why NFL teams will be salivating over him, and why the Eagles should hope he falls to them. At :17-second mark, Cook shows that he can be effective at the goal line, hitting the hole with conviction and being physical. He is physical enough, where the Eagles can keep him on the field for all three downs.

Then at the :24-second mark, Cook shows off his receiving skills, lining up on the outside as a wide receiver and running past the Michigan cornerback and tracking the ball well in the air. He’s the perfect package at running back for the Eagles.

However, one thing he will have to improve at in the NFL is blitz pickup, which is a struggle for many young running backs. We all remember McCoy had an issue with this when he was a rookie but improved. If blitz pickup is the only miscue of Cook’s game, then the Eagles are in good shape.

In his three-year career at Florida State, Cook finished with 4,464 rushing yards on 687 carries and 46 touchdowns. I know it is only January and we still have to get through the NFL combine and team workouts, but if he is sitting there for the taking, the Eagles need to grab him without hesitation. 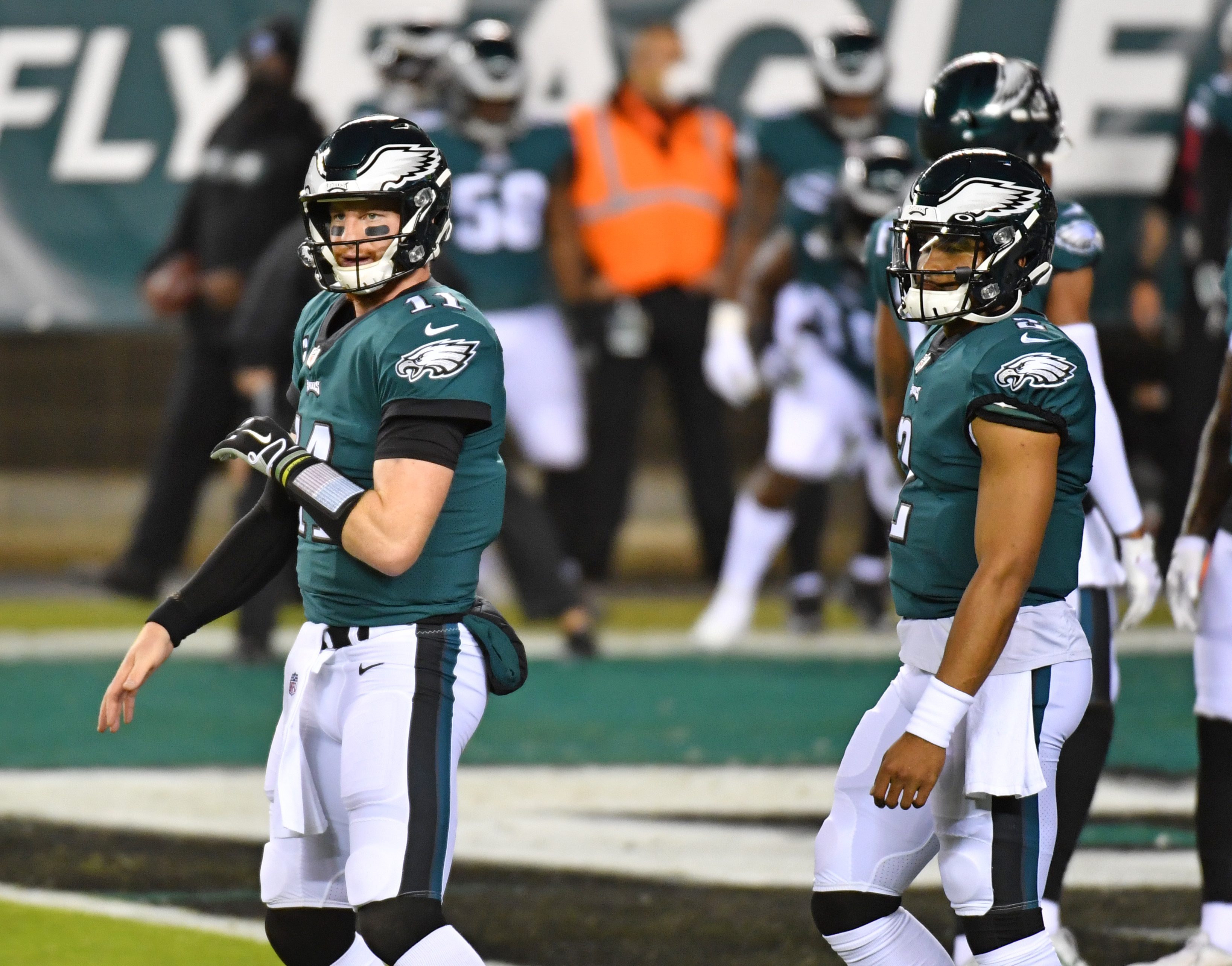