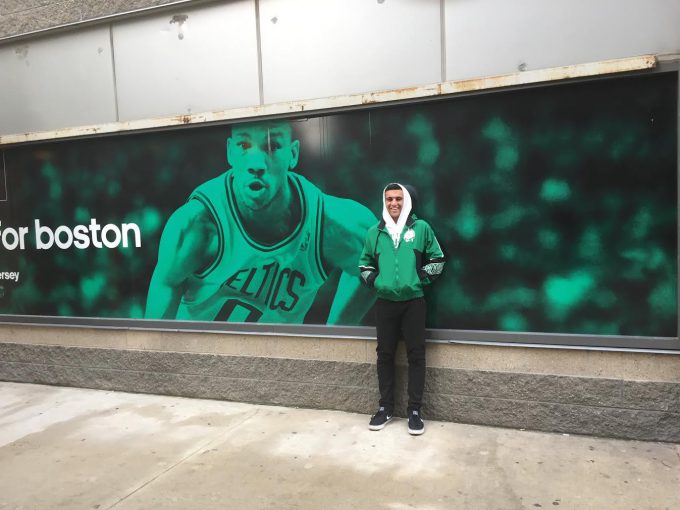 Thanks for reading Red’s Army “Fan Friday,” the weekly feature that introduces you to Celtics fans from all around the globe. If you’d like to nominate someone to be featured – including yourself – please email us at [email protected] Provide the person’s contact info and some brief details about the fan’s background as a member of Celtics Nation.

This week’s featured fan is Justin Condo of Melbourne, Australia. His Twitter handle is @JustinCondo. Although Justin is just 18 years old, he’s a lifelong fan and has already been to the U.S. to see his beloved Celtics in person. Thank you to Mike Dynon for conducting the interview with Justin.

I was introduced to basketball when I was 7 years old, and the Boston Celtics were the first team I saw play on TV. Being so young, I didn’t know if the team was good or not, but that didn’t matter to me because I admired Paul Pierce (first player I saw) and the way the team played. Also, having a brother who’s 15 months older than me who decided to go for the Cleveland Cavaliers made me even more eager to go for against him and root for the Celtics, which was one of the best rivalries – especially because we always eliminated LeBron’s Cavs in the playoffs.

I did some research on the Celtics and realized it was the most iconic franchise in the NBA, with 17 banners and first-ballot Hall of Famers that made me thankful I chose to go for a team like the Boston Celtics. I bought many DVDs, where I got to see Larry Bird, Bill Russell, Tommy Heinsohn and the great Red Auerbach and learn about the Celtic way of life. I loved watching the 80’s rivalries between the Celtics and the Lakers, and I knew I was definitely a Celtic when Kevin McHale closelined Kurt Rambis in the 1984 NBA Finals.

To this day, I’m so happy I go for the Boston Celtics led by Danny Ainge and Brad Stevens, because I feel confident that we are building a great Dynasty. #InAingeWeTrust

My favourite of all-time would have to be Paul Pierce. He epitomizes what it is like to be a Celtic with the passion he played with each game. He would always deliver in clutch moments, and I loved how he would trash talk and then back it up by dominating the opposing team. Even if he was injured, Pierce would still play and always give it 100%. Celtic fans are lucky to have witnessed one of the greatest Celtics of all time. I can’t wait till we retire his jersey. My favourite moment would have to be when I shook Isaiah Thomas’ hand. It was one of the best moments of my life. It was during the 2014-15 season in March, when we were fighting for a playoff spot after acquiring Isaiah, and he had just returned from the back injury when D-Wade intentionally hurt him.

I first went to TD Garden to watch us play Miami, when Isaiah first came back. We lost, even though the Heat didn’t have Wade or Whiteside, but everything was happening so fast that I don’t remember much about the game. I was sitting a few rows away from the Celtics bench and I was star-struck the whole time, even saying hello to Bryan Doo and Jamie Young.

After that game, my Dad and I flew to New York to watch the Celtics play at Madison Square Garden. Carmelo Anthony was out due to injury and all I remember was Andrea Bargnani being the best player on their team. This time I was right behind the Knicks bench, and because we got there early, I got to see Phil Pressey watch film on his laptop and see Evan Turner work out with Jay Larranaga. But the moment came at halftime.

My Dad asked me if I wanted to go into the lounge to get something to eat, but I couldn’t. I knew the players were gonna walk past me to the their bench. Isaiah walked out by himself and I had his jersey that I’d bought at the TD Garden shop. As he walked by, I called him out and pointed to my jersey saying “Mr. Fourth Quarter.” He nodded and laughed then shook my hand, so that was definitely awesome. (By the way, Isaiah is probably 5’7”, which makes what he does even more incredible.) We won the game, even though it was an awful game, but I didn’t care. My night was made, all because of the experience and shaking Isaiah Thomas’ hand. Why the Celtics are important to him:

Basketball is a way of life, and I love watching the team play. Everyone in my neighbourhood knows I’m a passionate Celtics fan, which makes me even more happy because I’ll always stick with the team through the bad and the good. I’ll do whatever I can to watch the Celtics play every single game, and I’m always engaged – sometimes being too passionate and throwing out hot takes. But I love everything about the Celtics and I always will.

Being able to interact with other fans on Twitter makes the games even better, and I always enjoy hearing Marc D’Amico’s thoughts when my answer is presented on the Celtics pre-game show. I’ve come to know credible people who cover the Celtics and other Celtic fans, which creates a culture that I embrace. The Boston Celtics will forever play a big part in my life. 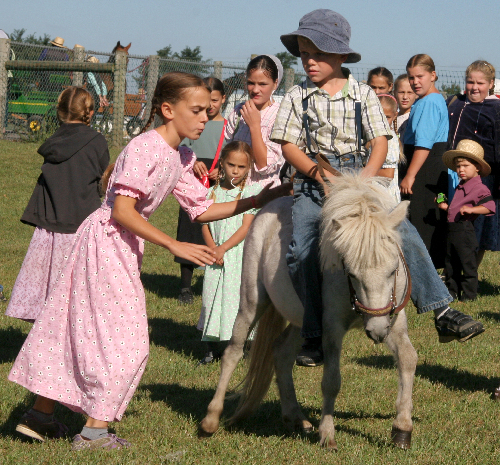 The Celtics travel to Atlanta tonight to take on the Hawks for the first time this season. Even though it is Friday the 13th, Boston hopes...