Philp: Yzerman Must Make A Move Now Before The Season Is Lost 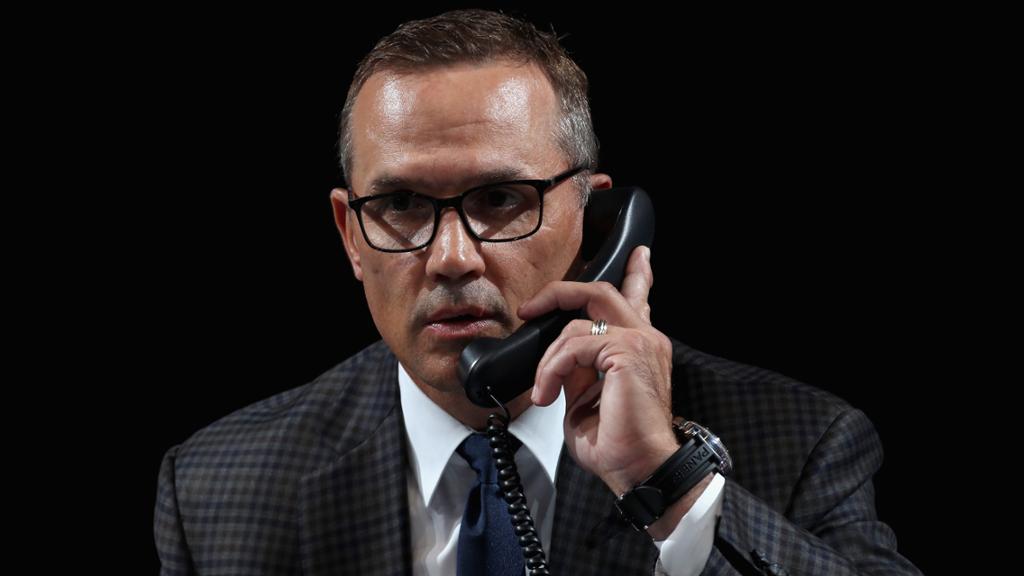 Philp: Yzerman Must Make A Move Now Before The Season Is Lost

It’s time for GM Steve Yzerman to do something to help his failing team. The Tampa Bay Lightning were expected to challenge for the Atlantic Division title with the Montreal Canadiens. They sit at 20-20-4 and are on track for an 80 point season. Injuries have played a huge part in their poor performance, but this team has battled through those injuries before, including the loss of their captain and leading scorer Steven Stamkos. But something is different this time.

Defensively they are simply not good enough. The goaltending has been shaky at times but with Ben Bishop back and Andrei Vasilevskiy in there as a very capable number two, the Lightning net is solid.

The drop off after defensemen Victor Hedman and Anton Stralman is too great. The lineup from 3-7 is not good enough. Braydon Coburn and Jason Garrison are capable 4-7 blueliners if their minutes can be managed. Nikita Nesterov needs more time in the AHL. Andrej Sustr has regressed this year. The youngsters Slater Koekkoek and Luke Witkowski also need to be playing regular minutes wherever they are skating.

Yzerman has the pending free agent forwards to make a deal but is hesitant to do so. Tyler Johnson, Ondrej Palat and Jonathan Drouin are all up after this season and with  the salary cap situation choking the Bolts GM he can’t keep all three and he probably won’t think about trading the talented Drouin.

The free agent top four defensemen out there look to be too expensive to acquire. Yzerman has been open about the situation, telling Tampa Bay Times beat writer Joe Smith: “If there was something I could have done to this point that would make our team better, I would have done it. We’ll keep trying.”

The Lightning has lost five of it’s past six  games though, including the second four-game losing streak of this season. In its prior two seasions combined, the franchise only had one such stretch.

A lot of teams are looking to sign defenseman Michael Stone of the Arizona Coyotes. He currently is on a $4 million one way contract. Young rear guard Brandon Carlo is also available, but at a high price. And St Louis’ Kevin Shattenkirk is still there, but with a current yearly salary of  $4,250,000.

So yes, getting that top four defenseman is gong to cost Yzerman, but it has to be done to try and save this season. Perhaps the recent callup of forward Erik Condra “for depth reasons” is foreshadowing a trade involving a forward.

The Bolts have played better their last two games, but that’s not enough at this point. This s a professional league based on wins. As forward Brian Boyle put it. “There are no moral victories.”

Tampa Bay is six games behind the Philadelphia Flyers for the second wildcard spot and four games back of the Ottawa Senators for third in the Atlantic Division.

The Lightning are already are in trouble and the upcoming six game, 13 day western road trip may sink their playoff boat for good.