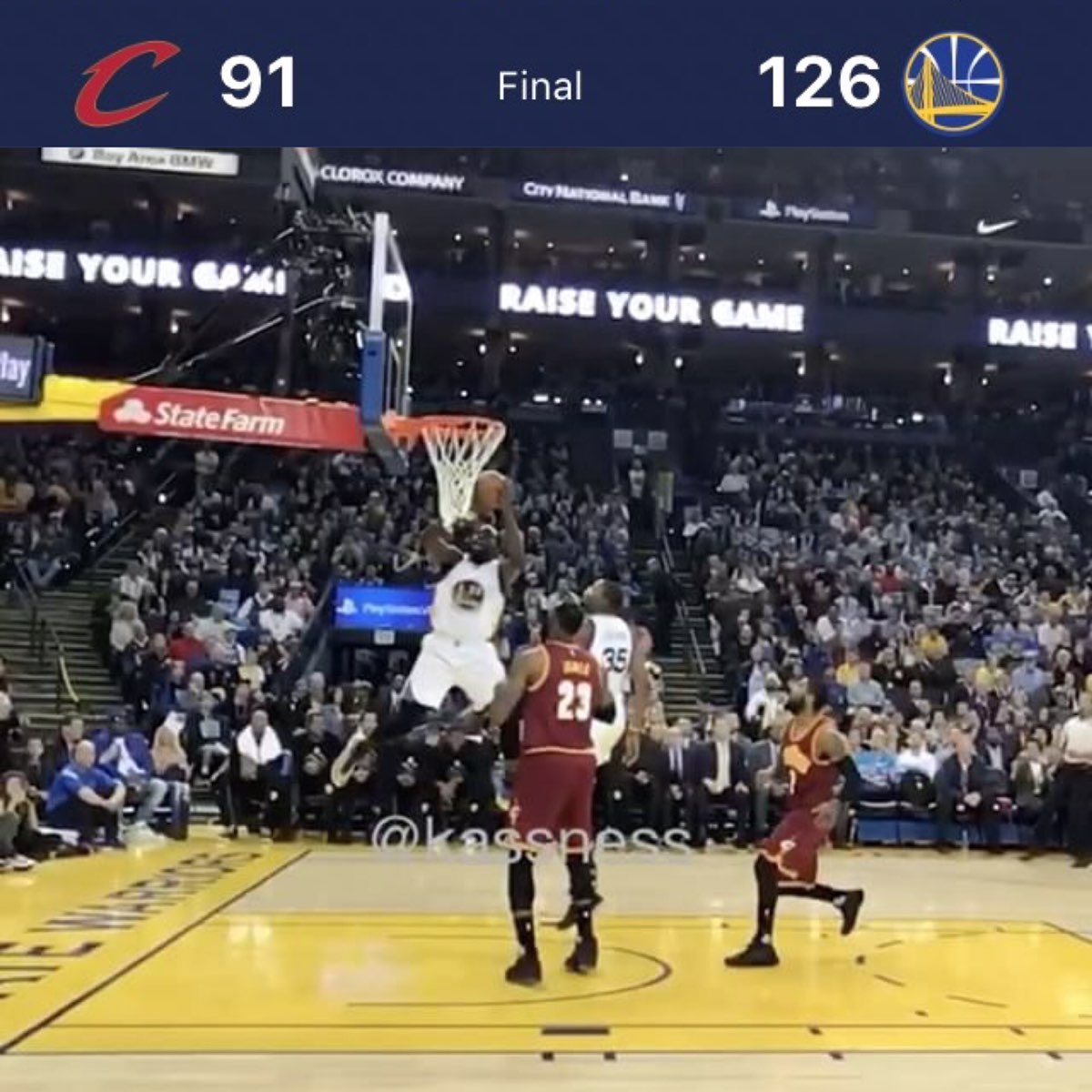 ORACLE ARENA, OAKLAND, CA — This is a continuation of the halftime recap of the Cleveland Cavaliers at the Golden State Warriors.

Kevin Love did not return, hampered with back soreness.

The Warriors stayed hot out of the gate, as Zaza Pachulia found Klay Thompson for a catch-and-shoot triple from the right corner…

…then after a bad pass by Kyrie Irving, Kevin Durant found Stephen Curry on the right wing for a splash, prompting Cavs head coach Tyronn Lue to call timeout as Golden State took an 84-49 lead with 10:48 remaining:

…but the Warriors couldn’t capitalize as Curry missed a jumper, then Iman Shumpert hit a triple.

A few possessions after that, Klay hit a trey from the right wing on a catch-and-pivot, but Kyle Korver answered with three of his own and Draymond Green picked up his fourth personal foul.

Steph added another triple to help the Warriors go up, 92-58.

…Curry made a careless turnover, and Warriors head coach Steve Kerr called a timeout as things got a little sloppy.
weav
Later, James got a bucket, Irving spun and faded on Curry for two more, and after Durant missed a high-degree-of-difficulty pull-up over LeBron late in the shotclock, Irving made a “hesi” move on Steph, drove down the right side, and got the layup plus an and-one.

After Ian Clark came in a stripped the ball for a steal, he found Curry on the left wing but Steph changed his pivot feet while trying to drive on James for yet another turnover.

Kyrie drilled a three, and the Cavs made things a little more respectable, trailing 94-71.

Closing out the quarter, Green drew a foul on a drive with 49.7 seconds to play, Curry missed a drive, but the Cavs lost the ball on the break, and Steph missed from the deep left wing at the buzzer, Golden State taking a 96-71 lead into the final frame.

Health and Fitness 30m ago

Health and Fitness 31m ago