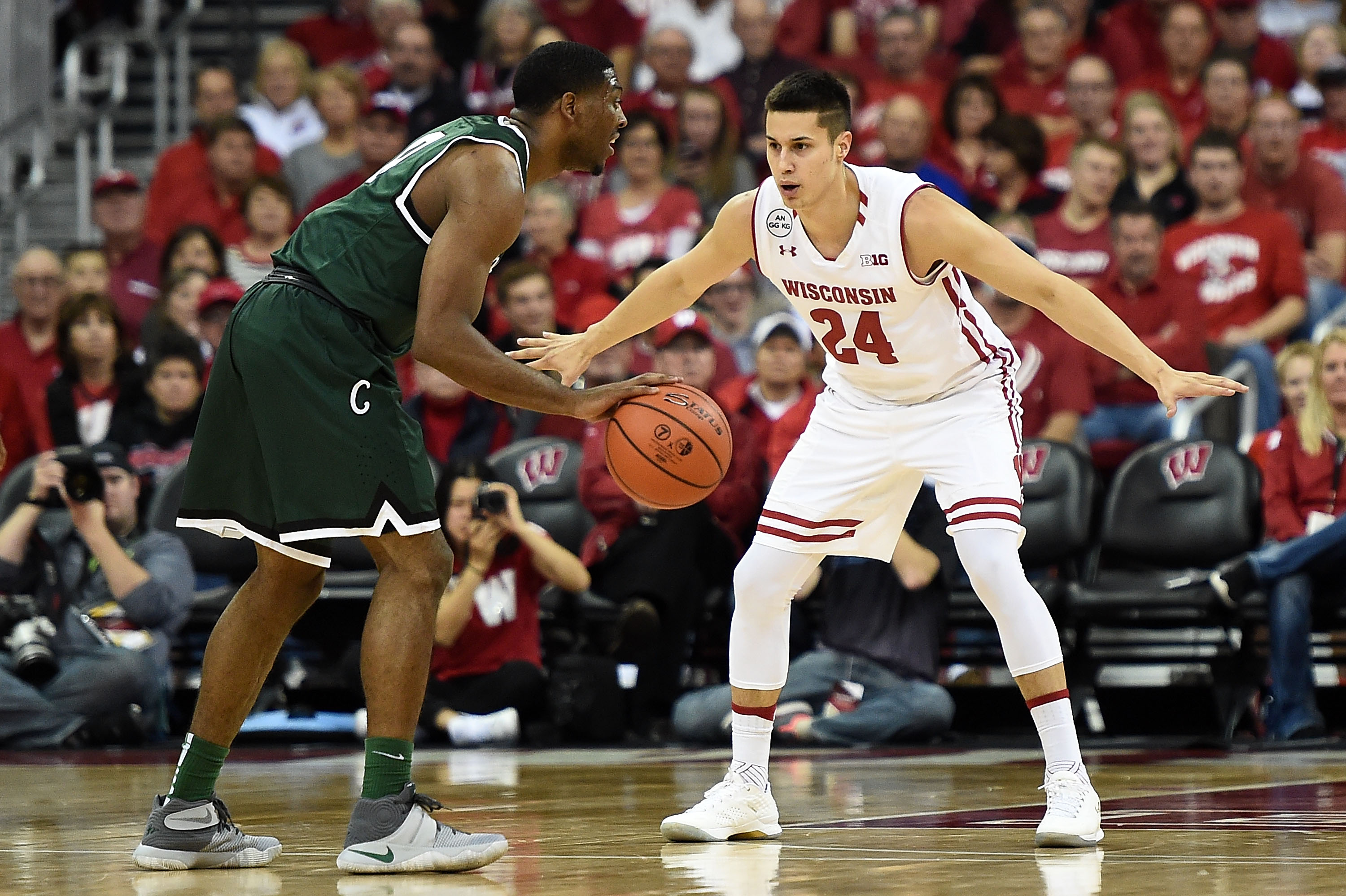 BLOOMINGTON, IN – JANUARY 03: Thomas Bryant #31 of the Indiana Hoosiers defends against Ethan Happ #22 of the Wisconsin Badgers in the first half of the game at Assembly Hall on January 3, 2017 in Bloomington, Indiana. (Photo by Joe Robbins/Getty Images)

Michigan presents a unique challenge for Wisconsin’s big men, as they are going to be forced to have to extend defensively and avoid foul trouble. No player is a bigger example of the issue Wisconsin faces defensively than the 6-11 Mo Wanger, who is shooting 47.9 percent from beyond the arc.

Happ may have a big advantage when the two are inside the arc though, as Wagner only averages 3.7 rebounds per game. Additionally, Wagner commits the most fouls on a Wolverines team that averages 13.7 free throws allowed to opponents so far this season.

Last time we saw Happ, we saw him dominating the glass against Ohio State, while struggling from the field in the game. With Michigan’s tempo and style, Happ will have the biggest adjustment in this game. If he can dominate down low offensively and can not over-extend his game on the defensive end, the Badgers can get another home victory.

— +11: That is the Wisconsin Badgers rebounding margin this season. It also happens to rank the Badgers No. 5 in the country in that category. With a Michigan team coming in that allows opponents to out-rebound it, this stat really matters in this game. Most importantly, Wisconsin owns the offensive glass against teams and has a massive 12.5 to 8.1 advantage in offensive rebounds per game. Point being, expect Wisconsin to clean up on the glass in a major way.

— 53.2: That is the three-point shooting percentage for Bronson Koenig over the last 10 games. Wisconsin can’t get in to a three-point shooting contest against Michigan and expect to win. However, if they need someone to get things going from deep look for Koenig to take up the mantle. He’s largely been red-hot from beyond the arc, shooting 33 of 62 over the last 10 games and popping off for 5 of 7 in the last outing against Ohio State.

— 9.10: That is the average of turnovers by the Michigan Wolverines this season. That is the lowest average of any team in the country, and it means UW has to play some really sound defense and pray for some breaks if it is going to stop Michigan with the ball. Wisconsin has been great in causing turnovers, pressuring opponents in to 13.3 turnovers per game, which combined with a low turnover rate for UW on offense, puts the Badgers just slightly behind Michigan in the turnover margin table.

The Wolverines haven’t exactly had a great time coming to the Kohl Center. Heck, it hasn’t been a lot of fun over the last 18 games overall for the Maize ‘N Blue. That’s because Wisconsin has won 16 of the last 18 meetings overall between these two teams and the last four in a row.

Given what I’ve seen from Michigan and Wisconsin so far this year, it is hard to see a streak Michigan team that can’t play down low on either end of the court beating the Badgers. Look for Happ to break out offensively and for Michigan to struggle with its perimeter-heavy game on the road. 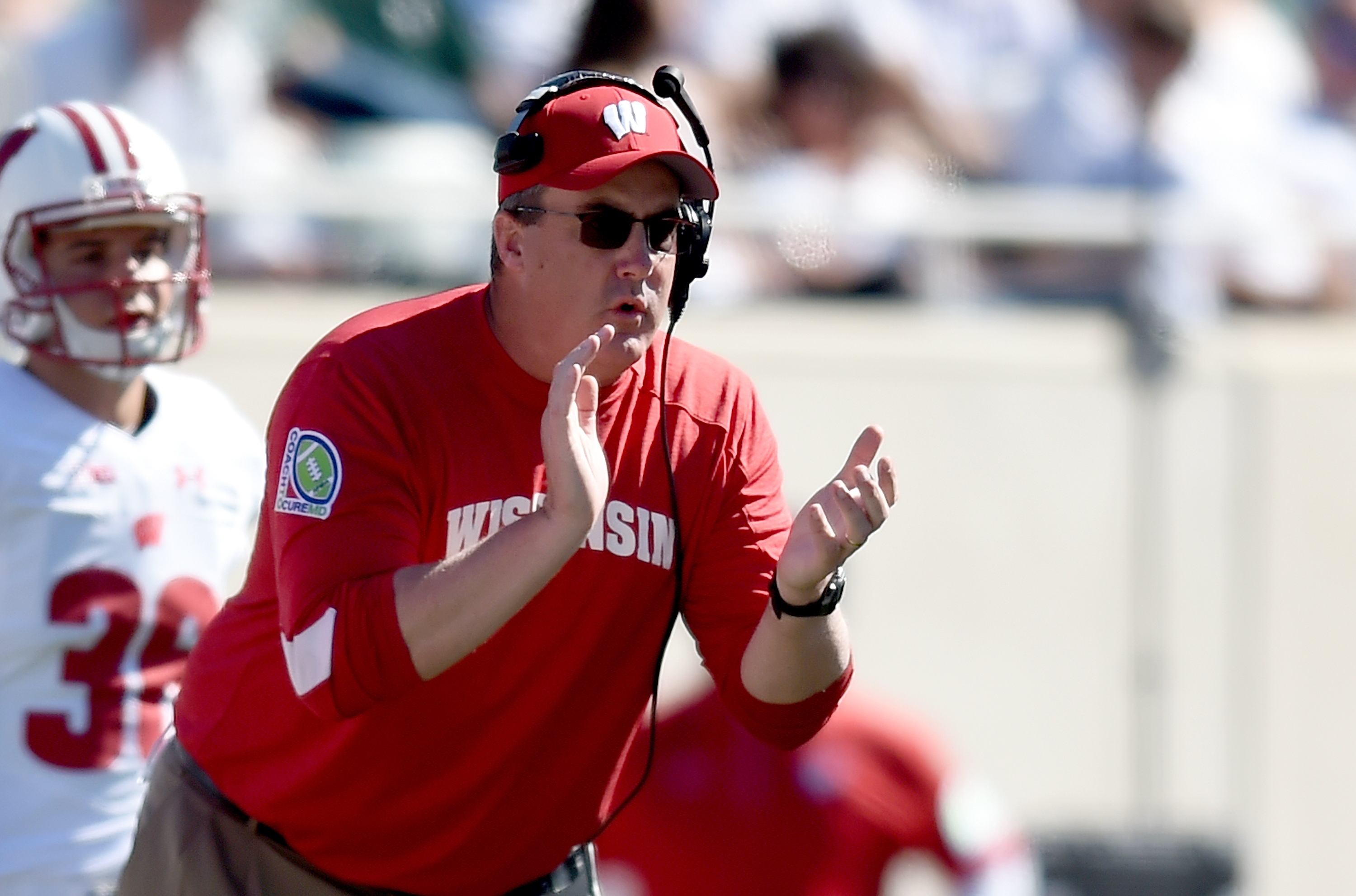