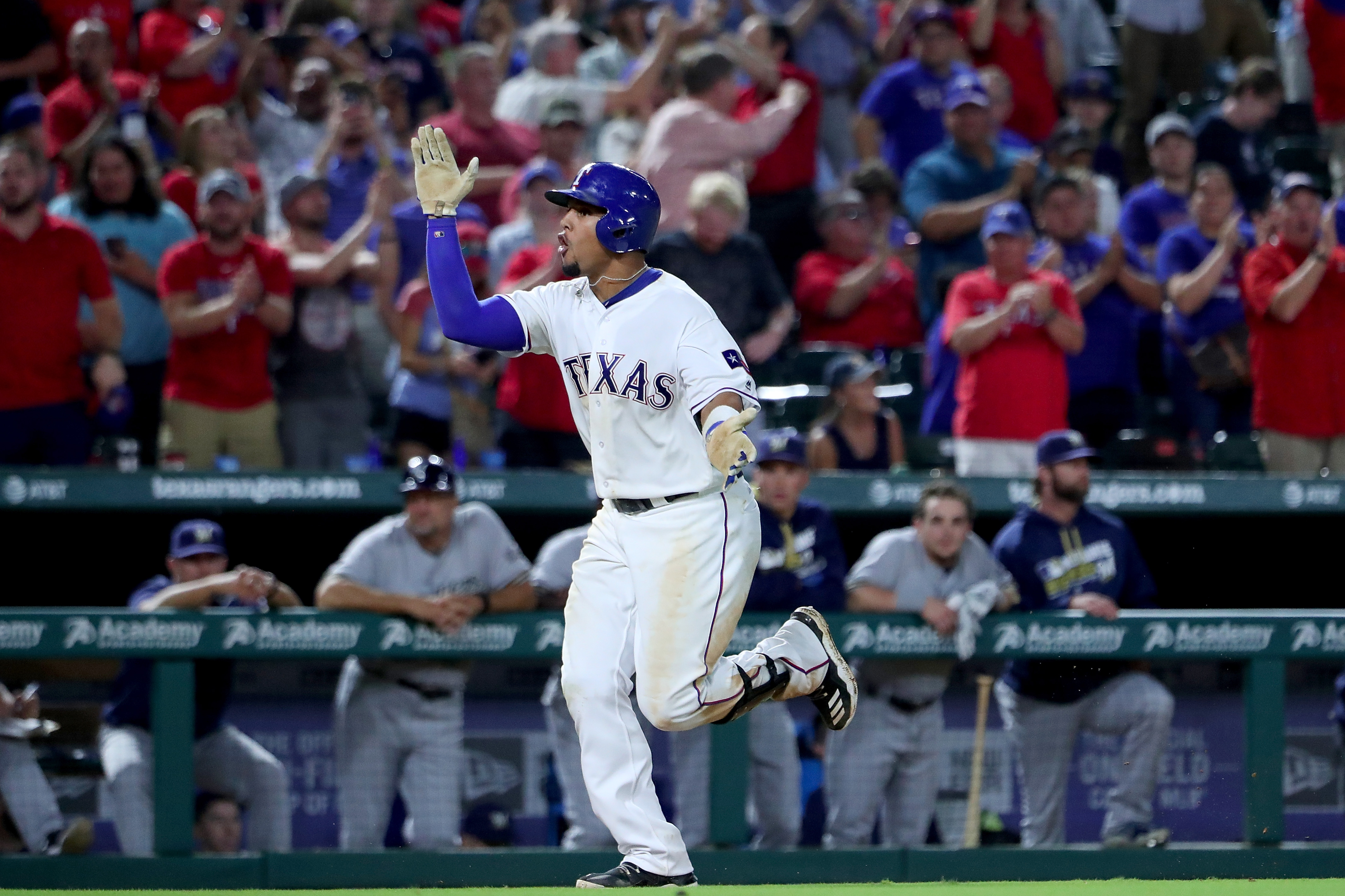 If the general premise of this sounds familiar, it’s because we’ve talked about this before.

On the heels of the Texas Rangers returning to the playoffs in 2015, I noticed they had similar roster uncertainties in advance of 2016. All they did once Opening Day rolled around was win the American League West with ease by posting an AL-best 95-67 record.

While they proved to be masters of winning one-run games, having just a +10 run differential made some wonder if they’d be able to hang in the playoffs. And before there was an answer, they were packing up for the winter after getting swept by the Toronto Blue Jays in the ALDS.

The 2017 season is fast approaching, and the AL West will be interesting to follow. After all, Seattle Mariners general manager Jerry Dipoto won’t stop making trades and the Houston Astros are doing whatever they can to make Sports Illustrated look like a bunch of geniuses.

The Rangers still have some roster questions to answer ahead of Spring Training — like, is this Mike Napoli reunion happening or not? — but one area that’s set is the outfield.

Texas will go to battle with 21-year-old Nomar Mazara in left, Carlos Gomez in center and Shin-Soo Choo manning right. This looks good on paper, but it’s far from a sure thing judging from each player’s recent history.

When Choo went down last April and Delino DeShields Jr. struggled at the big league level, Mazara helped save the outfield by slashing an impressive .333/.392/.460 in 74 plate appearances upon getting promoted, amounting to a wRC+ of 126. He ended up becoming the fourth Rangers rookie to ever hit 20 homers and finished fifth in AL Rookie of the Year voting, but that first month was as good as it got.

Check out how his month-by-month progression from an overall offensive perspective (with some other stats added in).

Some of these numbers can be skewed because the sample sizes aren’t the same, but there are a couple trends — the decrease in line drives and increase in ground balls, in particular — that aren’t good.

Was Mazara a big reason for the Rangers’ success in 2016? Absolutely. Was he as consistent throughout the whole year as he was in April? Absolutely not.

Experience is a wonderful thing.

Mazara is only entering his age-21 season, but he’s already got 568 big-league plate appearances under his belt. He’s had an entire winter to get stronger, mentally prepare for the grind and study how opposing pitchers approached him.

With Ian Desmond‘s departure, the Rangers explored plenty of center field options before agreeing to a one-year, $11.5 million contract with Gomez. The problem is pretty obvious — before joining Texas last August, he had been released by the Astros because he was awful since landing there at the 2015 trade deadline (.221/.277/.342 with 9 homers and 42 RBI in 486 plate appearances).

Seems a little suspect, even if he did find something he had been looking for in Texas.

This isn’t Gomez’s first rodeo. The 2017 season will be his 11th in the big leagues (he’s still just 31 years old) and the two-time All-Star has proven he can be a productive player.

Plus, the Rangers may feel confident in this situation because they just watched something similar happen with Napoli.

He then signed a one-year deal with the Cleveland Indians and ended up setting new career-highs in homers (34) and RBI (101) in his age-34 season. Between 2009-13, Choo failed to post an OPS higher than .800 and a wRC+ over 110 just once (2011 with the Cleveland Indians). He’s failed to reach those benchmarks in two of the last three years since joining Texas (2014 and 2016). There was a clear common denominator in both instances — he couldn’t stay fully healthy.

It was worse last season, as four different trips to the disabled list limited him to just 48 games played (210 plate appearances).

He’ll also be expected to man right field regularly, and fielding isn’t exactly a strength of his (-26 DRS and -14.7 UZR with Texas).

Now that manager Jeff Banister doesn’t need to use Prince Fielder as his primary designated hitter, it’s an opportunity to keep certain position players fresh and healthy while still getting their bat in the lineup. One has to imagine Choo would benefit quite a bit from this given what’s he’s been through over the last few years and how important he is at the top of the lineup.

According to Roster Resource, the two bench players Texas currently has that could play the outfield are DeShields and Ryan Rua. We’ve already touched on DeShields and his struggles briefly, and Rua probably wouldn’t be the answer if an everyday spot opened up, either (90 wRC+ through 464 big-league plate appearances).

The club just re-signed Josh Hamilton to a minor league deal, but he’s far from a sure thing. Not only did he struggle mightily with the Los Angeles Angels, but he also didn’t play at all in 2016 due to injury and is entering his age-36 season.

Down on the farm, there’s only one outfield prospect in Texas’ top 30 on MLB.com with a projected ETA of 2017, and that’s Drew Robinson. Even if there’s someone else who could emerge from Triple-A Round Rock, there’s no guarantee they’ll come up and immediately contribute like Mazara did last April.

None of this may matter by the time summer rolls around, but that doesn’t mean general manager Jon Daniels shouldn’t be looking for help if it’s available at a decent price prior to the non-waiver trade deadline. Their impending situation — Choo getting older, Gomez hitting free agency again next winter — could spur them to think ahead while gaining depth for the here and now.

I mentioned around the Winter Meetings how Billy Hamilton would be a great fit given his progression at the plate to go along with his elite speed and defense. The Cincinnati Reds may want to hold onto him, but they’re still rebuilding, so anything is possible.

Compared to this time last season, the Rangers’ outfield situation is in much better shape because there are three natural — and healthy — outfielders ready to run out onto the field. However, it’s easy to see the potential issues they could run into once games start counting in April.

But who knows, right? They could end up being one of the AL’s best regular season teams again in 2017. Time will tell how this strategy works out.