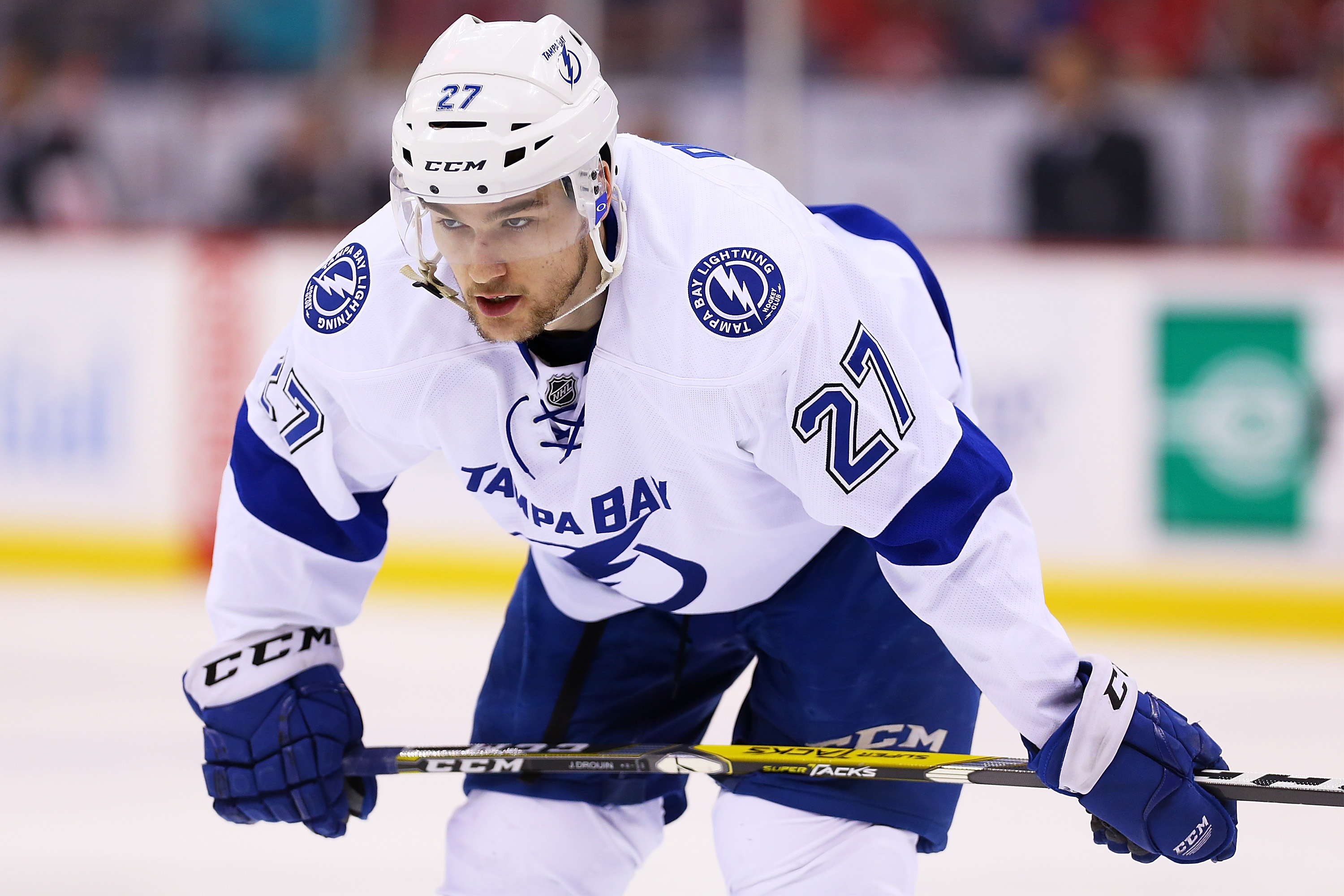 Since arriving in Tampa shrouded in a whirlwind of buzz, Jonathan Drouin‘s road to NHL success has been anything but a straight and narrow path. In fact, it’s been paved with many twists and turns during the three and a half years it’s taken for his journey to come full-circle.

As the highest drafted Lightning player since captain Steven Stamkos landed in the Bay area in summer 2008, Drouin was penciled in as number 91’s future wingman and eventual replacement for Martin St. Louis from the moment he was selected. The widespread expectation was that he’d be competing for a role with the Lightning immediately.

Tampa Bay general manager Steve Yzerman, a product of the Detroit Red Wings’ slow-and-steady, patience-based approach to prospect development, had a much different plan in mind for his highly-coveted draft selection. Well before the conclusion of his first NHL training camp, Drouin was re-assigned to his junior league team in the Province of Quebec. There, a freshly motivated Drouin would set new career highs in assists, points and plus-minus. Most impressively, his 79 helpers in 46 appearances would land him a season-long average of almost two assists per game.

NEWARK, NJ – JUNE 30: Jonathan Drouin puts on his jersey with Steve Yzerman, Vice President and General Manager after being selected number three overall in the first round by the Tampa Bay Lightning during the 2013 NHL Draft at the Prudential Center on June 30, 2013 in Newark, New Jersey. (Photo by Bruce Bennett/Getty Images)

The following season, Drouin would earn a full-time role in the NHL for the first time in his career, breaking training camp with a job among the team’s bottom-six forwards. Over the course of the year he would show several flashes of brilliance on offense and go on to establish himself as a bonafide weapon on the power-play– chipping in with six points in very limited minutes. While being bounced around the lineup in a utility-type role that can be hard to establish consistency, Drouin still managed to contribute four goals and 28 assists in his first year as a professional.

Fast forward to early 2016– little more than one year ago today — and the real drama of Drouin’s situation began to unfold. After injuries limited him to just 19 games played through the first three months of the season, the Lightning opted to demote their mega-talented prospect to Syracuse of the American Hockey League – believing that consistent top-six ice-time would be most beneficial to his career at the time. It was then that Drouin’s agent Allan Walsh would go public in announcing that his client had requested a trade from the Lightning several months beforehand.

Yzerman, displaying the same type of patience and long-term foresight he used when initially demoting Drouin back to the AHL in 2013, opted to play hardball with the 20-year-old phenom and denied him the request to be traded. With little in the way of leverage to stand on, Drouin would end up reporting to his assignment in Syracuse after a two-month long holdout.

Less than one month after returning to Syracuse, Drouin earned himself a call-up back to the Lightning. Clearly perturbed by the public nature of his situation with the Lightning, Drouin emerged with a whole new level of intensity, scoring nine goals and adding one assist in only nine AHL contests.

LOS ANGELES, CA – FEBRUARY 16: Jamie McBain #5 of the Los Angeles Kings is hit into the boards by Jonathan Drouin #27 of the Tampa Bay Lightning during the first period at the Staples Center on February 16, 2015 in Los Angeles, California. (Photo by Bruce Bennett/Getty Images)

From that moment he was recalled to the Lightning in March of 2016, Drouin has never returned to the AHL — and likely won’t do so again in his career. Since last spring’s trade demand saga came to a close, Drouin has emerged into one of the Lightning’s most indispensable players.

During the 2016 playoffs, Drouin was one of Tampa Bay’s most effective scorers– adding five goals and 14 points in 17 postseason contests. That success has continued on into the 2016-17 season, where he currently sits third among all Lightning players with 30 points. Most impressively, he’s been the catalyst of the Tampa Bay offense for the past two months- registering 23 points in 23 games since the start of December.

With 21-year-old Drouin now established as an elite point-producer on the rise, Yzerman’s patient approach has paid off handsomely.