Jahlil Okafor is a starter somewhere in the NBA 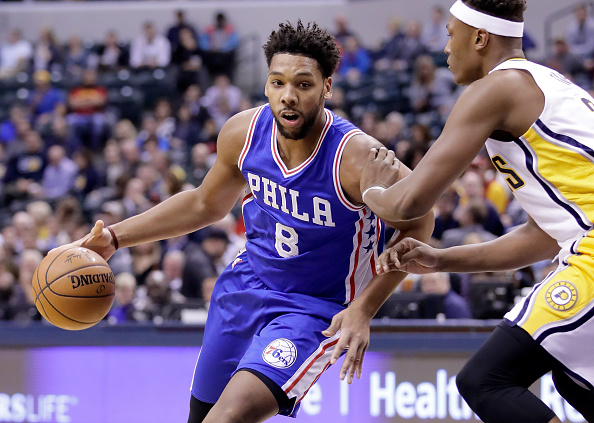 The Philadelphia 76ers’ fortunes this season are slowly turning in the right direction after getting off to a dismal 4-18 start. They currently have a record of 15-27 (7-3 in the month of January) and rookie big man Joel Embiid is playing better than what anybody could expect. Embiid is averaging 19.8 points, 7.8 rebounds, and 2.5 blocks per game and could be on his way to his first ever All-Star game.

However, with Embiid playing fantastic basketball, it leaves Nerlens Noel and Jahlil Okafor in a strange predicament. Noel, who missed the first part of the season due to a knee injury, has shown that he can play with Embiid. Okafor, on the other hand, is struggling to play with Embiid as both big men have a desire to play in the low post.

Having three starting caliber big men on your roster is not an ideal situation. There are not enough minutes to go around and Okafor is seeing that up close and personal.

Before the January 14 game against the Washington Wizards, Okafor was DNP’d for four straight games because of how the Embiid-Noel pairing has played. This season, Okafor is only averaging 23.0 minutes overall and 19.9 minutes per game off the bench.

The Embiid-Noel pair has worked well for head coach Brett Brown as Noel provides the defense that Okafor cannot, while Embiid gives the offense that Noel cannot produce on a consistent basis. Plus, Noel does not need to be posted on the low block to be effective, which Okafor needs to be effective.

With all of those factors, the writing is on the wall that Okafor is the odd-man out and could be potentially traded by the NBA trade deadline. If Okafor does get traded, it is not to say that he isn’t good a player or his defense was not up to par. It is to say that he is not a perfect fit to play with Embiid, which is okay because he is still a quality starter somewhere in the NBA.

In that Jan.14 game against the Wizards, Okafor came out playing with an aggressiveness and showed that he can still get the job done in the paint. In the first few minutes of the game, Okafor dominated the low post, taking the ball right at Wizards center Marcin Gortat.

The clinic that Okafor was putting on in the low post were shades of what we saw from him as a rookie. Taking the ball, backing down the opposing team’s center, and driving to the basket at will.

Even though the Sixers lost that game 109-93, Okafor scored 26 points on 10-of-16 shooting from the field and grabbed nine rebounds in 35 minutes played. It was a solid performance from a player, who did not play in four straight games, but stayed ready for when his number was called. He also proved not only to the Sixers but to the rest of the NBA that he is confident in his skills and can bring something to the table.

The burning question, however, is will he get moved at the trade deadline? That is a question Sixers general manager Bryan Colangelo and the rest of the front office will have to answer soon.

It is without question that the Sixers will get a much better return trading Okafor rather than Noel. He is an offensively skilled big man, that can get you 20 points and 10 rebounds on any given night as we saw in his rookie season. However, Okafor’s defense must improve as he is sporting a 107 DRtg (defensive rating) per 100 possessions, which is not good. In comparison to his teammates, Embiid has a defensive rating of 100, while Noel’s is 101.

Okafor’s ineffectiveness on defense is one thing that has plagued him throughout his young career. Even Detroit’s Andre Drummond, who is a rebounding machine and can score, has a solid defensive rating of 98.

Nevertheless, Okafor is still a developing, young big man in the NBA, who will continue to get better. His continued development may not happen in Philadelphia though, after mid-February. Whichever team trades for Okafor will be getting a young, quality frontcourt starter for many years to come. 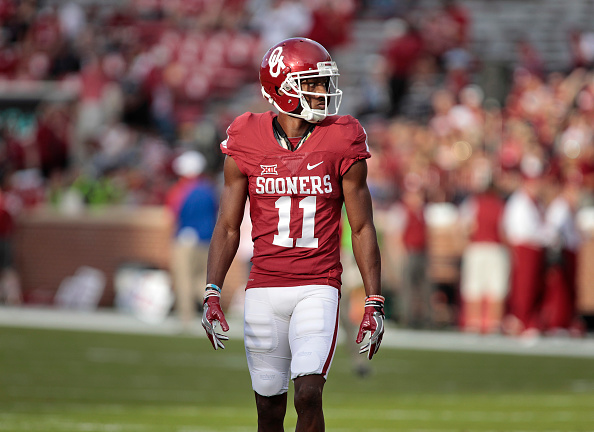 The 2016-17 NFL season is slowly winding down and will wrap up in a couple of weeks at Super Bowl 51, where the Atlanta Falcons...