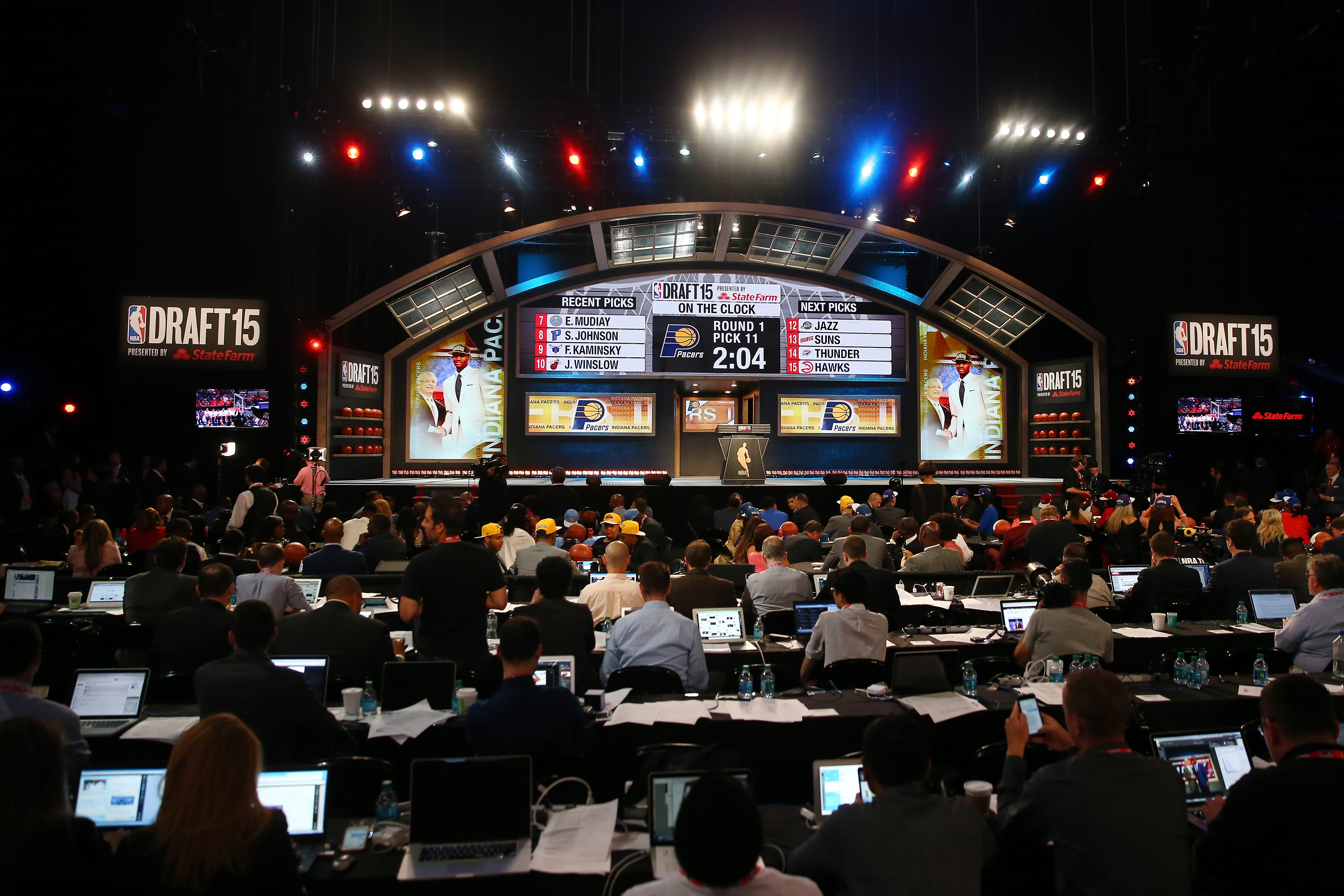 College football is over, so the majority of NCAA sports fans will now turn their attention to basketball. This means it’s the perfect time to release a big board of the top-100 prospects for the 2017 NBA Draft.

Keep in mind this is a ranking of the players’ values entering the league and not a projection of their draft position. That is what my mock drafts are for!

Cream of the crop

1. Markelle Fultz – The most complete PG prospect in quite some time. Fultz is stuck on a weak team that may miss the NCAA tournament, but he isn’t showing any signs of weakness or slowing down. Expect the lucky lottery winning NBA team to gladly select Fultz at No. 1. Not sure why he’s missing a lot of free throws if I can be nit-picky.

2. Josh Jackson – Jackson should provide optionality for any team he plays on. He can play and defend multiple positions due to his elite athleticism, passing, and defensive ability. He still can’t shoot. If he knocked down 3’s maybe he would be No. 1. Plays with the passion and desire required to avoid becoming the next Josh Smith.

4. Jayson Tatum – He is super smooth and makes the game look easy. That’s great on offense, but it isn’t great when he looks too relaxed on defense. Reminds me of Jabari Parker with a smoother jump shot, which means if he takes strides on defense like Parker has in Milwaukee his value could rise.

5. Dennis Smith – I had some concerns as to whether Smith would be consistent this season. These concerns have been completely wiped out by his recent play, culminating in last night’s performance in front of the Cameron Crazies. 32 points in a stunner over Duke shows Smith enjoys playing under the bright lights.

6. Malik Monk – His 47 points in Kentucky’s epic win at UNC are still the single-most memorable moment of this season. Monk plays bigger than he is, and shoots better than some of the best shooters in the league. His confidence and swagger should make him a scorer at the next level regardless of where he ends up, unless of course he lands in the Kings’ graveyard.

7. Frank Ntilikina – If Frank played in the NCAA it’s quite possible he would be competing with Fultz for the top spot on the board. As of right now, he is another example of comparing European apples to American Oranges. If his U-18 MVP performance opened eyes for the previously uninformed, it only solidified my stance that he’s a strong bet to go top-10 in the draft.

8. De’Aaron Fox – Fox is in the unenviable position of having some of his thunder stolen by running mate Monk’s offensive explosions. Those paying attention are well aware of the fact that Fox is still the motor of the Kentucky team. NBA squads will love the fact that he is showing a pro-ready defensive game.

9. Lauri Markkanen – I had a feeling Lauri would rise up my board as long as he proved that his jump shot was legit. Instead he is showing he might be the best 7-foot shooter in college basketball over the last decade or more. Critics will rightfully question his limitations on the defensive end, but if his worst case scenario is some mashup of Enes Kanter with Dirk Nowitzki, teams should not hesitate to snatch him in the lottery.

10. Jonathan Isaac – Somehow he feels like the exact type of player to end up on the Spurs and transform into a complete superstar package in the mold of Kawhi Leonard. He probably won’t drop outside the lottery though, and the Spurs aren’t sneaking into the lottery via trade…or are they?

16. TJ Leaf – Not many predicted Leaf to have such a key role early on for the Bruins. He is an impressive athlete with room for improvement, but the potential is tantalizing. A 19-year-old that can posterize people while shooting almost 50 percent from 3 on a good sample size means the only thing holding him back from lottery consideration is improved defensive acumen.

17. Luke Kennard – Steady improvement in his time at Duke culminated with taking over more of the playmaking responsibility following Grayson Allen’s transgressions and suspension. Kennard projects as a solid source of secondary ball-handling and shooting at the next level, but will need to prove he can play a lick of defense.

30. Chris Boucher – Any team that snags him late in the first round or somewhere in the second will reap the benefits of an athletic 3-and-D prototype.

31. Justin Patton – Fantastic performance against Villanova. His per-36 numbers are as mind-blowing as his shooting percentages. Is it a temporary aberration of small sample size or the foundation of a very intriguing player?

12. Harry Giles – At one point, Giles was widely considered the best prospect of his class. That was before all of his injuries. With limited playing time as he gets acclimated to Duke we don’t have anything to go on evaluating Giles besides the impressive potential he has shown throughout his young career. Let’s hope his health improves and he gets to showcase his game.

18. Miles Bridges – Miles has a tangible set of skills; he is athletic and can score. What he lacks is a position, as he looks like a tweener at the next level. Too small to guard 4’s, can’t shoot well enough to play the 3. He is still 18 and if he becomes more consistent there will be some teams that fall in love with him. Tom Izzo has a good track record of preparing kids for the league.

29. Grayson Allen – He will be kicking himself if he drops out of the first round.

32. Thomas Bryant – Bryant came into the season with a lot of promise but has not shown sustained improvement. Early in the year he had a little run of strong defensive play, but lately he is back to following up strong games with duds.

Putting together a big board of 100 prospects isn’t for the faint of heart when trying to find wingspans on growing kids, but it is ultimately rewarding. Here it is in all its glory…