Welcome to the New NHL 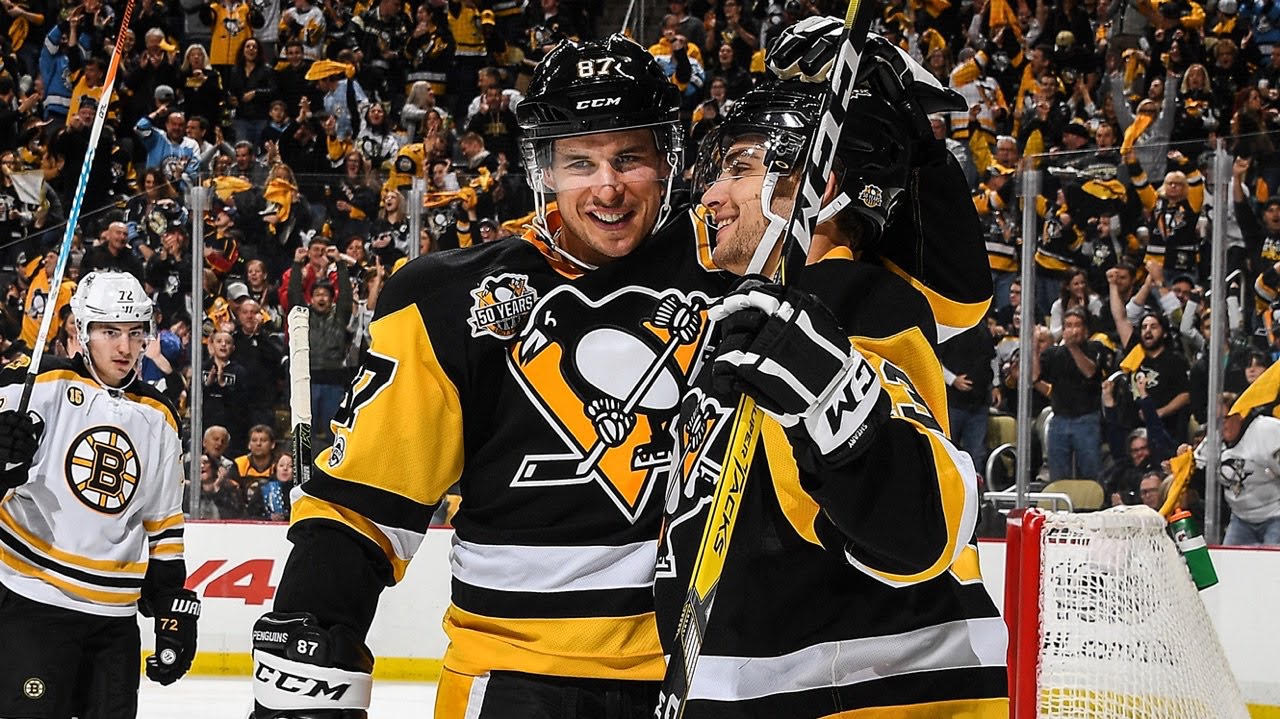 Welcome to the New NHL

On Monday January 23, 2017 the NHL announced its three stars of the previous week. The name at the top of the list was an incredibly deserving Conor Sheary. Sheary who racked up a 6G – 3A – 9P stat line in four games last week. He helped the Penguins secure a perfect record over the past seven days while potting two goals each in three of the four contests. The accomplishment cannot be understated. This is a dream come true for Sheary. He went from an undrafted undersized forward signed as a free agent to an AHL deal out of the University of Massachusetts-Amherst to playing with Sidney Crosby, being a vital part of the Penguins 2016 cup run, and now the NHL’s first star of the week in about a year and a half since signing an NHL deal. Sheary has proved invaluable as one third of the Penguins electrifying top line with Crosby and Bryan Rust and has a remarkable 17 goals in 39 games putting him on a 30 goal pace for the 2o16-2017 season (for comparison, Patrick Kane has 15 goals in 49 games).

But what’s more remarkable is what he, and others like him, illustrate for the NHL.

There was a time when 6’0″ was small for an NHL player. When big bulky guys were all that mattered. That started to shift slightly with the entrance of Sidney Crosby, whose roster lists him at 5’11” (which has to be with skates on) and not long after him, Patrick Kane. Both players weren’t that small by average human standards but both were noticeably smaller than their other top-of-the-draft teammates of Evgeni Malkin (6’3″) and Jonathan Toews (6’2″). Crosby is a head shorter and noticeably more bandy-legged than his oft-forced adversary Alex Ovechkin (6’3″). I could go on but you get the point.

Then guys like Mats Zuccarelo (5’8″), Nathan Gerbe (5’5″), and Cory Conacher (5’8″) came into a league that already housed Martin St.Louis (5’8″) and caught everyone’s attention. Of course, there is a difference between guys like this and guys like Crosby. Zuccarelo and St. Louis are well known while the other two had short lived stints in the NHL and both, last I checked, are playing professionally in Europe now.

Gaudreau, the Calgary Flames scoring forward who clocks in at 5’8″, is the same size as those guys and has proven he has a skill set more along the lines of an Ovechkin than anyone else. The budding American star, who is just one year younger than Sheary, experienced a lot of the same things as the Penguins winger but neither gave up. These tough times include being cut from a lot of teams. Sheary was cut from his HS team while Gaudreau was cut from a local festival team. Both, though following their own paths, have absolutely eviscerated expectations. Because of these kinds of players making their names known the NHL’s towering tree defenseman are becoming obsolete. It is becoming less about hitting guys and more about skill. And it has helped make the product on the ice better while giving other, maybe less traditional, athletes a shot.

I looked at the NHL’s team rosters and almost every single team now lists at least one player at or under 5’10” including well known names like Tyson Barrie, Brendan Gallagher, Robby Fabbri, Jean-Gabriel Pageau and of course Conor Sheary. Even Jake Guentzel, the Penguins electric rookie winger out of the University of Nebraska Omaha has been a beneficiary as his 5’11” wiry frame isn’t exactly a wrecking ball. In fact, the Penguins have quite a few players listed at sub 6′ including Patric Hornqvist, Carl Hagelin, Scott Wilson, Trevor Daley, Bryan Rust and Crosby and are well known for not exactly being a big group of guys.

But none of that matters. As we saw illustrated beautifully by everyone’s favorite short-lived team, North America, it’s more about skill than size. The new NHL doesn’t care as much about big bodies. For more evidence just look at the Penguins run to the Stanley Cup in 2016. They deployed a smaller in size but overall more balanced attack and slowly wore down bigger bodies on teams like Washington, Tampa Bay, and San Jose. Because as Conor Sheary and Bryan Rust remind us every time they’re on the ice, you can’t hit what you can’t catch.