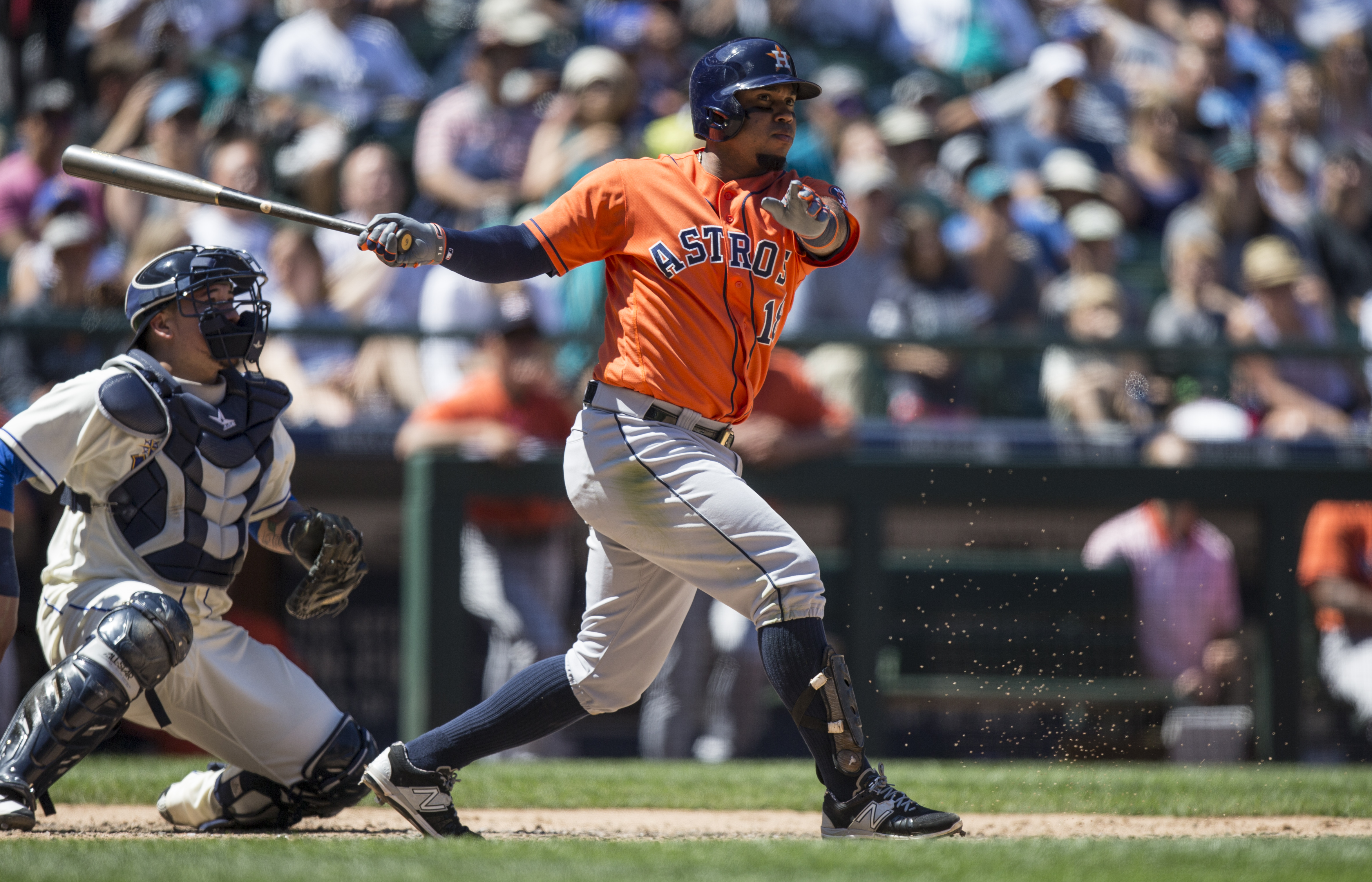 Outside of watching Mike Trout dominate on a nightly basis, there wasn’t much else to be happy about in 2016 with regard to the Los Angeles Angels.

They went a disappointing 74-88 and missed the playoffs for the fourth time since 2012, which was Trout’s rookie season. To make things worse, it’s also been hard to feel optimistic about the organization’s future in recent years.

It’s getting better, though.

ESPN’s Keith Law (subscription required) no longer views them as baseball’s worst farm system, but coming in 27th out of 30 teams isn’t anything to party about. On the big-league level, big contracts to C.J. Wilson and Jered Weaver have come off the books, leaving just one more year of paying Josh Hamilton and another five years (womp womp) of Albert Pujols.

Without the financial means to throw money at a free agent or the farm system to offer a boatload of intriguing prospects in a trade, general manager Billy Eppler had to get creative this winter, which is exactly what he’s done.

Are the Angels now playoff contenders? Probably not, but they look better on paper for 2017 than they did in 2016.

Let’s see how much of a lift the roster could have with a series of moves that haven’t grabbed a ton of headlines over the past few months.

The rest of his numbers were much better than what the Angels sent out each night to left field, too.

However, when considering he’ll only be making $9 million in 2017 before hitting free agency next winter, this is a solid short-term move for a squad in need a few around the diamond.

If there was one area of the Angels’ roster that got decimated the most last season, it was the starting rotation. Garrett Richards, Tyler Skaggs and Andrew Heaney combined to throw 90.1 innings and Los Angeles’ starting staff produced just a 5.6 fWAR in nearly 900 innings (Clayton Kershaw posted a 6.5 fWAR in just 149 innings).

Without much depth, Eppler went out and got some by signing Jesse Chavez to a one-year, $5.75 million contract. He threw 67 innings exclusively as a reliever for the Toronto Blue Jays and Los Angeles Dodgers in 2016, but did prove to be a serviceable starter between 2014-15 with the Oakland Athletics. Acquiring Danny Espinosa from the Washington Nationals probably doesn’t feel like a big deal, but it is when considering the subpar production Los Angeles received at the keystone last year.

Obviously, Espinosa spent all 1,358 of his 2016 innings at shortstop, which is a position currently occupied by Andrelton Simmons. So, he’ll be moving over to the right side of the infield, which is still a familiar spot. He spent 646.2 innings at second base in 2015, producing a 10 DRS and 10.3 UZR.

The traditional stats aren’t kind to Espinosa, but it was easy to see why the Angels went after him — he provides some power while being an above-average baserunner and fielder (at just one year and $5.43 million), which are three things L.A. didn’t have from a group led by Johnny Giavotella last year.

We can imagine that the thought process behind acquiring Martin Maldonado didn’t have much to do with his offensive abilities. At least, you’d hope not for a player who has produced a 71 wRC+ in 1,094 MLB plate appearances.

To keep this on a somewhat level playing field, let’s compare Maldonado’s pitch-framing stats with the other catcher involved in this trade: Jett Bandy (stats courtesy of StatCorner).

Unlike the other acquisitions mentioned above, Maldonado won’t become a free agent until 2019, but is under contract at the low price of $1.725 million for the upcoming season. He’s currently slotted in as the starting catcher, per Roster Resource, but that could change between now and Spring Training, which we’ll get to in a minute.

Ben Revere hasn’t built a reputation on being an offensive juggernaut, but he’s proved to be a useful piece at the top of a team’s lineup. Until the bottom fell out with the Nationals, that is.

Still, one man’s trash is another’s treasure. The Angels signed him for one year at $4 million to be a reserve outfielder that can fill in at any of the three spots, along with being a valuable pinch-running asset late in ballgames.

Luis Valbuena is different from the rest here for a couple different reasons:

— He’s the only player to get a guarantee of longer than one year (Maldonado is still under team control).

As mentioned before, Espinosa will be manning second base, while Yunel Escobar is at third. However, by giving Valbuena a two-year contract with a mutual option for a third, they’re planning for the future.

Sounds like Valbueana got 2 years, plus option, but still trying to confirm. 3B Escobar and 2B Espinosa both FA's after 17. #angels

This seems awfully similar to what Eppler did last winter by acquiring Simmons in exchange for Erick Aybar — he’s giving the organization a longer term option in order to buy some time.

While Pujols continues recovering from foot surgery, Valbuena will slide into the designated hitter role, and he’s coming off a solid offensive campaign despite being limited to 342 plate appearances. The slugger hit .260/.357/.459 with just 13 homers and 40 RBI, but produced a career-high 123 wRC+, along with a 35.6% hard-hit rate (second-best of his career).

If you haven’t noticed a theme with how the Angels have operated this winter, they’re looking for ways to improve without spending a lot of money or tying themselves up in a bunch of future payroll obligations.

With how the free-agent market is playing out, there could still be an upgrade at catcher out there to pair with Maldonado in Matt Wieters, who has been connected to the Angels on various occasions — but likely only if his price drops.

Without the ability to make major improvements around Trout, Eppler appears to be taking notes from Seattle Mariners general manager Jerry Dipoto by finding creative ways to get better.

Will the Angels contend for a playoff spot in 2017? Anything is possible at this point in the year, but it’s not looking likely in a competitive AL West. Will they at least be more interesting than they were in 2016? Definitely.

Given the circumstances, Eppler has done a great job of upgrading his squad ahead of the season and deserves some praise for it.