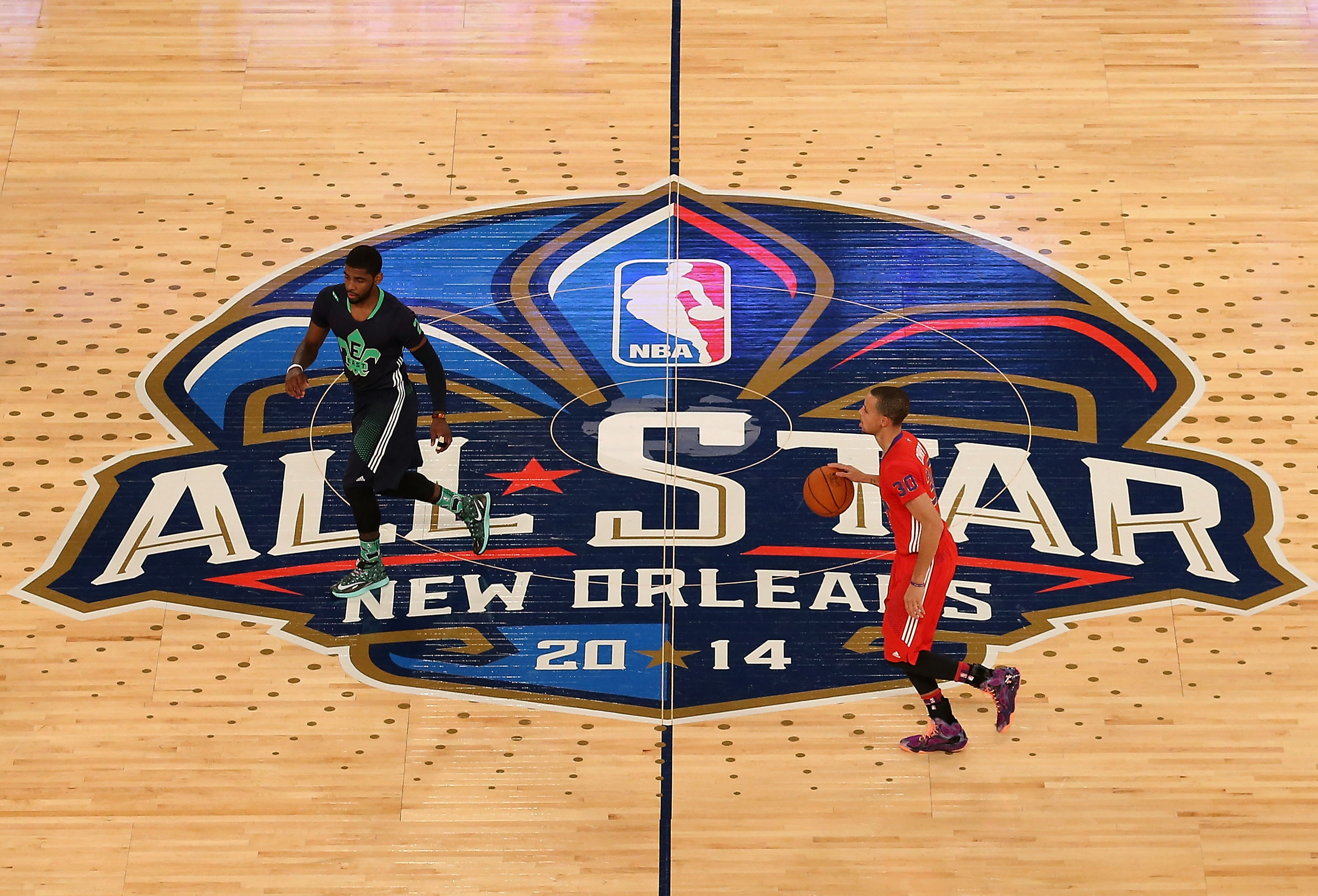 All-Star weekend is an exhibition event that features the league’s best talent, with events intended to provide fans the ultimate entertainment experience. Every season NBA pundits debate the merits of respective All-Star candidates to exhaustion. Ultimately, the squads are determined by a complicated amalgam of fan, media, and coach votes. Often the selections are questionable if not dubious.

The 2017 selections are no different. Does the DeAndre Jordan selection over Chris Paul accurately represent who is the Clippers franchise player? Is Paul Millsap actually having a better season than rookie phenom Joel Embiid? These choices are subjective and complicated. Instead of constantly failing to make the right call in a zero-sum game, let’s focus on giving the fans what they want: a game the rewards the best players in the league while striking the balance between competition and entertainment. This objective is the motivation behind the FunStars vs. MonStars concept.

The FunStars represent the best players in the league with high entertainment value. Fan voting will have much more weight in determining this squad. The MonStars moniker represents the “monotonous” superstars. These players are the no-nonsense superstars that take care of business and only care about winning games. They may play in smaller markets or lack commercial appeal, but ultimately they are just as valuable as their FunStar counterparts. Conference affiliations be damned, nobody is attached to the “East” or “West”. The All-Star game should be a fundamentally good basketball game that inherently derives entertainment value from having an interesting contrast between the best talent in the league. The intrigue for this game will be off the charts.

As for the Dunk Contest and 3-point shootout, enough with the third string players. If a superstar player is invited to participate in one of the contests and declines, they are removed from the All-Star game and lose their associated All-Star status. Doubt LeBron gives up multiple All-Star selections from his résumé to skip out on the Dunk Contest.

PG: Russell Westbrook – If you average a triple double for half the season, you get to start in the All-Star game no questions asked.

SG: Stephen Curry – Unanimous MVP and unanimous pre-game warm up MVP.  First play of the game should be Steph pointing at half-court and pulling up like LaMelo.

SF: Kevin Durant – Best player on Team USA over the summer has to be on the FunStars.

PF: LeBron James –  Nobody questions whether the King can play the position and the FunStars represent lineup optionality. Hopefully the backup PG on this team meets his expectations.

C: Joel Embiid – Trust the Process? When you win the popular vote and bring advanced metric MVP game with charismatic personality as a rookie you deserve to get the girl!

G: Kyrie Irving – Uncle Drew has all the moves required to make a fun squad.

G: Isaiah Thomas – Nobody expected this Tasmanian Devil to become an All-Star when he was Mr. Irrelevant in the 2011 NBA draft, but he has been sensational this year.

F: Karl-Anthony Towns – Raise the KAT, Towns is agile like a cat with unlimited upside.

F: Anthony Davis – Davis has been so good for so long that it is almost boring writing about how good he is. He is representing New Orleans in this game and needs to get healthy.

F: Paul George – Perhaps falling short of some expectations for Indiana this year, PG13 is still a force to be reckoned with.

C: Zaza Pachulia – Remember how I said the fans get more say this time around. The Republic of Georgia will finally have its way!

Snubbed: Damian Lillard – Making a career out of being overlooked, CJ McCollum is preventing him from dropping more buckets and dimes.

PG: Kyle Lowry – The engine of the Raptors team, Lowry is having an incredible season and is the best guard in the Eastern Conference.

SG: James Harden – Harden is most certainly not a boring player, but in an exhibition game fans won’t enjoy him breaking the flow of the game by getting to the line 20 times.

PF: Paul Millsap – Millsap won’t stand out in an exhibition environment, but don’t mistake a lack of explosiveness for a lack of skills.

C: Marc Gasol – The poster child of the grinding Grizzlies, Gasol has no holes in his game and makes his teammates better.

G: John Wall – Probably deserves to be on the FunStars based on his play in Washington recently, but in this game his lack of shooting limits his entertainment value.

G: Klay Thompson – All he does is get buckets and play defense. And score 37 in a quarter.

G: Jimmy Butler – Transforming himself from a 30th pick into a superstar and clutch bucket-getter, Butler is the embodiment of hard work paying off.

F: Kevin Love – The Cavaliers’ version of Love isn’t as exciting as the high-usage Timberwolves one. He is still an all-around contributor though.

F: Draymond Green – The only Warrior to miss out on the FunStars. The price he pays for kicking opponents in the groin.

F: DeMarcus Cousins – His game is fun, but his mood is always grumpy when he steps on the court.

Snubbed: Kemba Walker – He is the Lillard of the MonStars; well-deserving to play, but unfortunately barely misses out.

Are you not entertained? Who wins?

I’m taking the FunStars 153-151, 40 year-old Vinsanity, and Chef Curry getting some revenge on Killa’ Klay!