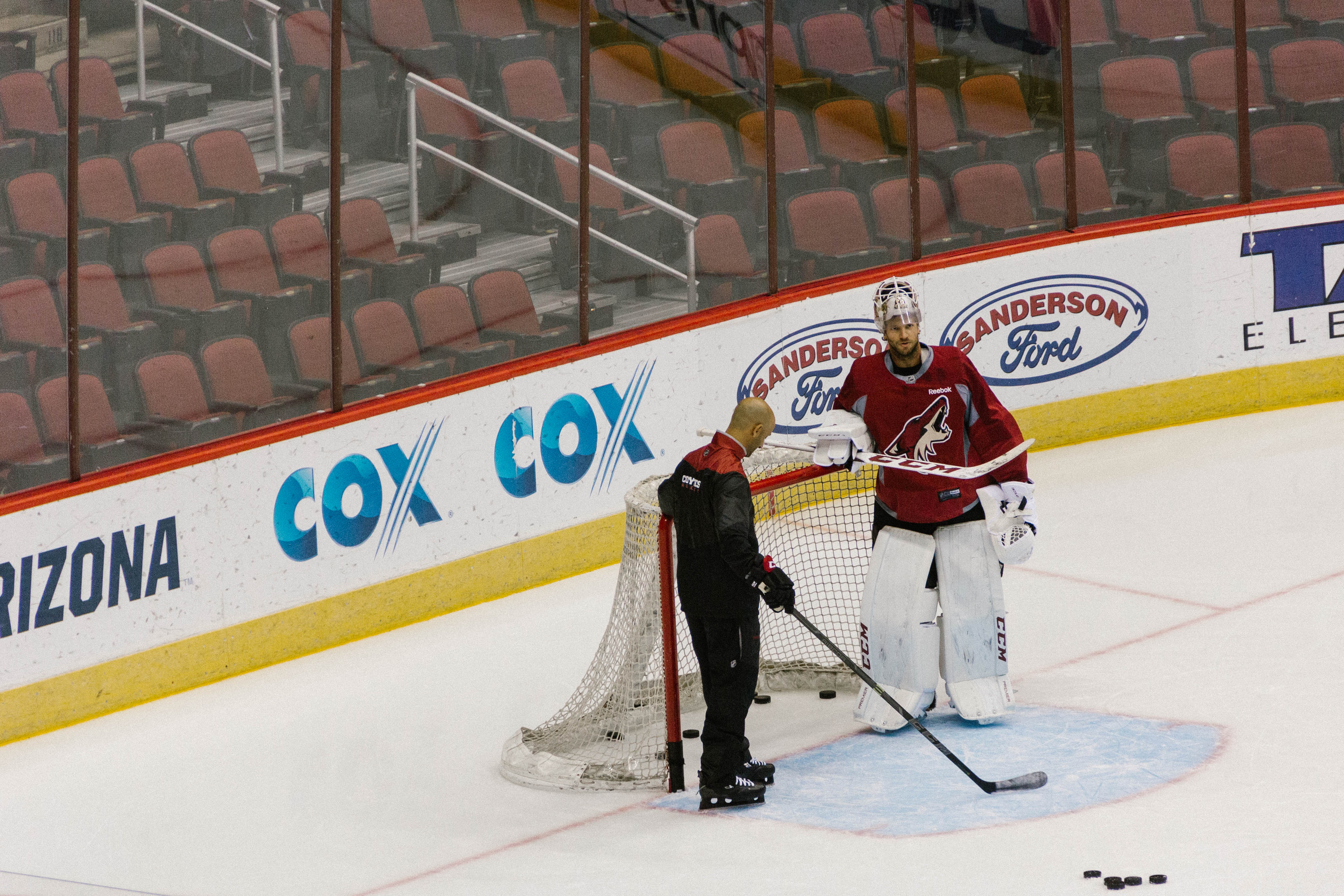 The Coyotes have been pretty awful this year.

They have struggled to win games. They have struggled to even show up for some games. It is difficult for fans to swallow. Last season was fun to watch. Sure, the Coyotes lost games but Domi and Duclair seemed to energize the team and bring an excitement to each game. In the off-season, the hockey ops stated their goal would be the playoffs.

The Coyotes are far from the playoffs.

Fans had little to be excited about early on but are the winds starting to change? Going into the All-Star game break the Coyotes had a three-game win streak. It started on Saturday the 21st with a 5-3 win over Tampa. Florida and former Coyote Keith Yandle then came to town and the Coyotes were able to get an overtime win. And finally, Thursday night was a 3-0 shutout over Vancouver. The question is, can the Coyotes keep the momentum up after the All-Star game?

Mike Smith has been the stand out player for the Coyotes this season.

He has played well despite the team in front of him. He has a well-deserved spot on the All-Star roster. Tune into NBCSN this weekend to catch the Skills Competition and All-Star Game. With his puck handling skills, it will be fun to see what Smith does! He will face his former teammate, Devin Dubnyk, in the Goalie Goals contest. It would have been fun to see him one of the non-goalie events because he has the skill and would probably be up for it. In true Smitty fashion, he has had a new mask designed and it looks awesome! His masks are a work of art.

With his shutout against Vancouver Smith is one shutout away from tying the franchise record. He also needs just six more wins to tie for third in wins in franchise history.

The Roadrunners are thriving in Tucson.

The Coyotes future is looking good if you travel down the ten and watch the Roadrunners take to the ice. The Roadrunners are currently 20-12-5 and 15th in the league. Most of the games are fast and competitive. Christian Fisher and Brendan Perlini have been tearing it up and both earned call-ups to the Coyotes.

The Tucson Convention Center is a great space. There is not a bad seat in the house. The crowds are loud and energetic. If you haven’t been able to make it down to Tucson, don’t fret! The Roadrunners will be taking over Gila River Arena next weekend on the 3rd and 4th. Be sure to get your tickets here.

If you can, get down to Tucson and make a day of it. Swing by Reid Park Zoo to see Nandi, get your pre-game grub on at Eegee’s and then head over to the Convention Center for the game!

Short and sweet today. Hopefully more content will be coming on a regular basis!