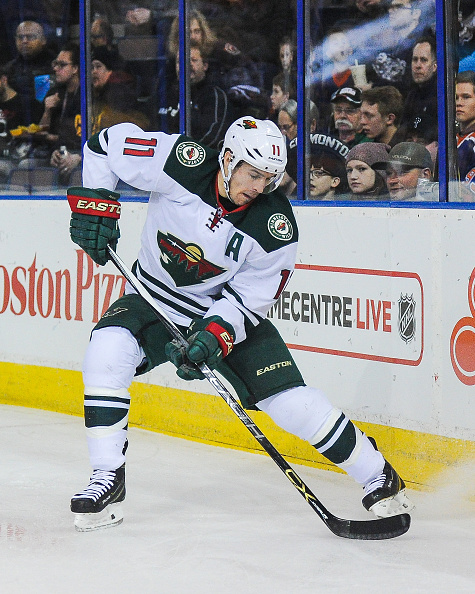 The NHL All Star game may feature divisional teams, but you can’t convince the fans to bury their passions in exchange for rival-turned-allies in the annual spectacle.  With Los Angeles hosting the 2017 NHL All Star game, the Kings fans voiced their displeasure to fellow members of Team Pacific were announced prior to their game against Team Central.  So as members of the Anaheim Ducks and San Jose Sharks were announced like Cam Fowler, Ryan Kesler, Brent Burns and Joe Pavelski were named they received a pretty loud boo from the crowd.  Hockey fans are loyal.  Beyond the cheers for their hometown heroes Drew Doughty and Jeff Carter it was mostly ambivalence beyond a muted cheer for former King Wayne Simmonds and a mild Duub’s chant for the Wild’s Devan Dubnyk.  Unfortunately for Dubnyk, the rest of his team minus teammate Ryan Suter no one else from the Central seemed to really want to be there.

As the Minnesota Wild exit the ‘All Star’ break what can we expect?  Will our players minds still be on the sunny beaches of their mini-vacations or will they be able to refocus for what will be a furious stretch run towards the playoffs.  Minnesota gets a great test out of the break against a much improved Edmonton Oilers’ squad which is near the top of the Pacific.  Can the Wild start out of the gate with another 2 points in the 1st game of a back-to-back in Alberta?

1st Period Thoughts:  It really looks like the Wild picked up where they left off from prior to the NHL All Star Break.  The pace was tremendous early as both teams were trading chances through the first 7 minutes of the period.  After that, I felt Minnesota tilted the ice and was consistently winning the puck battles and small races in the offensive zone and the Wild was in control.  Minnesota’s puck support was outstanding, and it didn’t seem to matter who was on the puck.  If you got tied up another Wild player was there quickly and Minnesota continued to dominate possession.  The Wild really was looking to create shots from in close in the first few minutes and then started to work for deflections and I felt this put the Oilers’ on their heels.  Minnesota would eventually cash in, as the Wild’s 4th line would get their team on the board with some great hustle and persistence that resulted in Tyler Graovac gathering up a rebound off a Mathew Dumba point shot and he was able to sneak a quick shot from in close that beat Cam Talbot.  1-0 Wild.  Edmonton had some good chances early, as Leon Draisaitl and Connor McDavid had some looks early, but after that shots were few and far between for Edmonton.  Darcy Kuemper was getting a good look at pucks and the Wild were working hard to sweep away rebounds before the Oilers could create any rebound opportunities.  Minnesota’s effort was frustrating the Oilers who tried to slow the Wild down by dishing out some hits, but Minnesota wouldn’t back down and they matched Edmonton’s physical play and they’d cash in one more time as Mikko Koivu won a puck along the wall and he’d center the puck that Jason Zucker pounced on.  Zucker turned and fired a shot on goal that snuck through Talbot to give Minnesota a 2-0 lead going into the 1st intermission.  An outstanding road period where the Wild outshot Edmonton 14-13.

2nd Period Thoughts:  The Oilers were able to push back a bit in the 2nd, but Minnesota was still doing a lot of the little things very well.  Whether it was playing tough from in and around their own crease or forcing turnovers in the Edmonton end the Wild were able to maintain their two-goal advantage doing many of the same things that gave it so much success in the 1st period.  To an outsider, seeing two goals go on the board may make them ask if this was another Kuemper collapse but it really wasn’t.  The first goal he gave up on a deflection to Anton Slepyshev was impossible to really fault him as the puck elevates fast.  The 2nd goal came on the power play after a yogurt soft slashing call to Mikko Koivu on Connor McDavid who drew the call from more or less being denied a scoring chance than any sort of a vicious chop to the hands or stick.  Draisaitl was shooting from the slot all alone, again pretty tough to fault Kuemper for giving up that goal.  Minnesota would add to its lead early in the 2nd as Mikael Granlund and Tyler Groavac worked a perfect give and go before Graovac potted his 2nd goal of the game.  After Slepyshev’s goal, Zach Parise would pounce on his own rebound to backhand a shot by Talbot that saw him chased in favor of Laurent Broissoit.  The 2-goal lead has been a tough one for the Wild to maintain, especially in games with Kuemper in net.  Either way it will be a good test for the Wild in the 3rd.

3rd Period Thoughts:  The 3rd period was mostly a yawner, but in a good way as the Wild took control and never really gave the Oilers any hope whatsoever.  Minnesota would score early in the period as the Wild killed off an Oiler power play and as it expired a long pass by Jason Zucker turned into a 2-on-1 between Zucker and Chris Stewart.  Stewart would move in and make Broissoit believe he was going to pass but instead he fired a wrist shot that beat him 5-hole.  5-2 Wild on Stewart’s sneaky tally which really did a good job at taking away any momentum Edmonton tried to build.  Minnesota wasn’t playing rope-a-dope, they were still playing like a team trying to win the game and the Oilers didn’t seem to have nearly enough fire to push back.  Even in the closing minutes the Wild kept applying pressure and seemed to add to their lead late as they crashed the net and the puck went off Jason Pominville and in.  The goal was waived off, and Minnesota challenged and after a lengthy review it was ruled no goal.  It didn’t matter as the Wild rolled to a 5-2 victory.

Darcy Kuemper was good, making 41 saves in the victory.  He had some good saves in traffic, but he got great support from his defenseman who were quick to help sweep way dangerous pucks.  I thought Marco Scandella, Ryan Suter, Jared Spurgeon and Nate Prosser all played great in front of him.  Minnesota did give up a power play goal, but I felt Kuemper had one of his better games this season.

Offensively the Wild looked like they had zero rust and looked like a focused group all evening long.  The 4th line keeps finding itself on the scoresheet with 3 goals this evening.  Yet in terms of scoring chances all of the lines were contributing and giving Edmonton fits all game long.  Zach Parise had a goal and seems to be heating up as he’s going to back to the tough areas of the ice to score.  The scoring depth has this club playing with a confidence level that must be very demoralizing for their opponents as every line appears to be dangerous and hungry to score.

This was a great way to come out of the All Star break with a decisive victory over one of the better teams in the Western Conference.  Minnesota seems to understand the opportunity in front of it and now they must regroup for another tough battle tomorrow in Calgary.  The Wild seem to be having fun as you see the smiles and the talk on the bench during stoppages.  Everyone is playing for each other and the chemistry seems to be evident all through the team.  A good sign for all fans across the State of Hockey to see this level of focus after their little hiatus.

For the first time in 35 months the Iowa Wild has an over .500 record and playing some of its best hockey of the season.  Obviously, with a stat like I just mentioned above it means there has been many years of struggle for the Iowa Wild, but it appears as though they might be turning the corner.  Iowa may not jump off the scoresheet but the team has finally exhibited the depth both from its younger prospects and AHL veterans that has them right in the mix for the AHL playoffs at this point.  Iowa Head Coach Derek Lalonde has the respect of the organization and they have deferred to his judgement in regards to call ups.  Of course it hasn’t hurt (no pun intended) that the Minnesota Wild have stayed relatively healthy (knock on wood) this season which has meant they’ve been able to keep most of their workhorses allowing the team to develop some on-ice cohesion.  However if you listen to them, you can tell that they’re not satisfied just yet as they talked after their 5-1 win over Rockford on Saturday.

G – Ales Stezka (Chicago, USHL) ~ The Liberec, Czech Republic-native had 16 saves in Chicago’s 2-1 win over the Bloomington Thunder on Saturday.  Stezka has a 14-6-3 record with a 2.31 goals against average and an .914 save percentage.

D – Carson Soucy (Minnesota-Duluth) ~ The Viking, Alberta-native had an assist in Minnesota-Duluth’s North Star Cup clinching 2-1 OT win over in-state rival St. Cloud State on Saturday.  Soucy has 3 goals, 14 points, 34 PIM’s and is a +8 in 26 games.

D – Gustav Bouramman (Sault Ste. Marie, OHL) ~ The smooth skating blueliner had an assist in the Greyhounds 5-3 loss to Peterborough on Saturday.  Bouramman has a goal, 23 points, 28 PIM’s and is a +3 in 46 games. 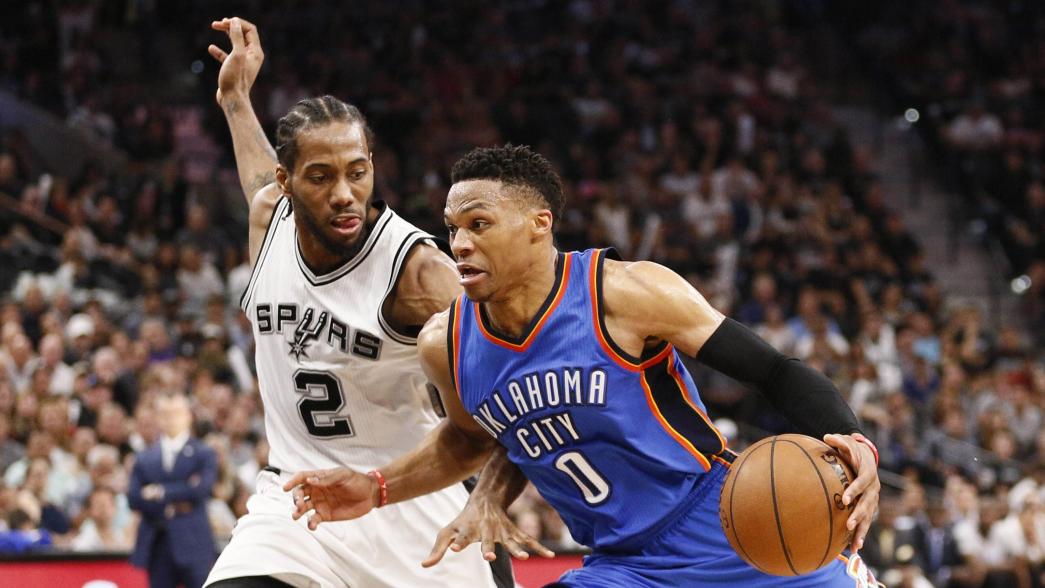 Highlights: https://www.youtube.com/watch?v=aCg1U3n_4Jc The San Antonio Spurs had two poor defensive games and knew they would need to be perfect if they wanted to slow down...