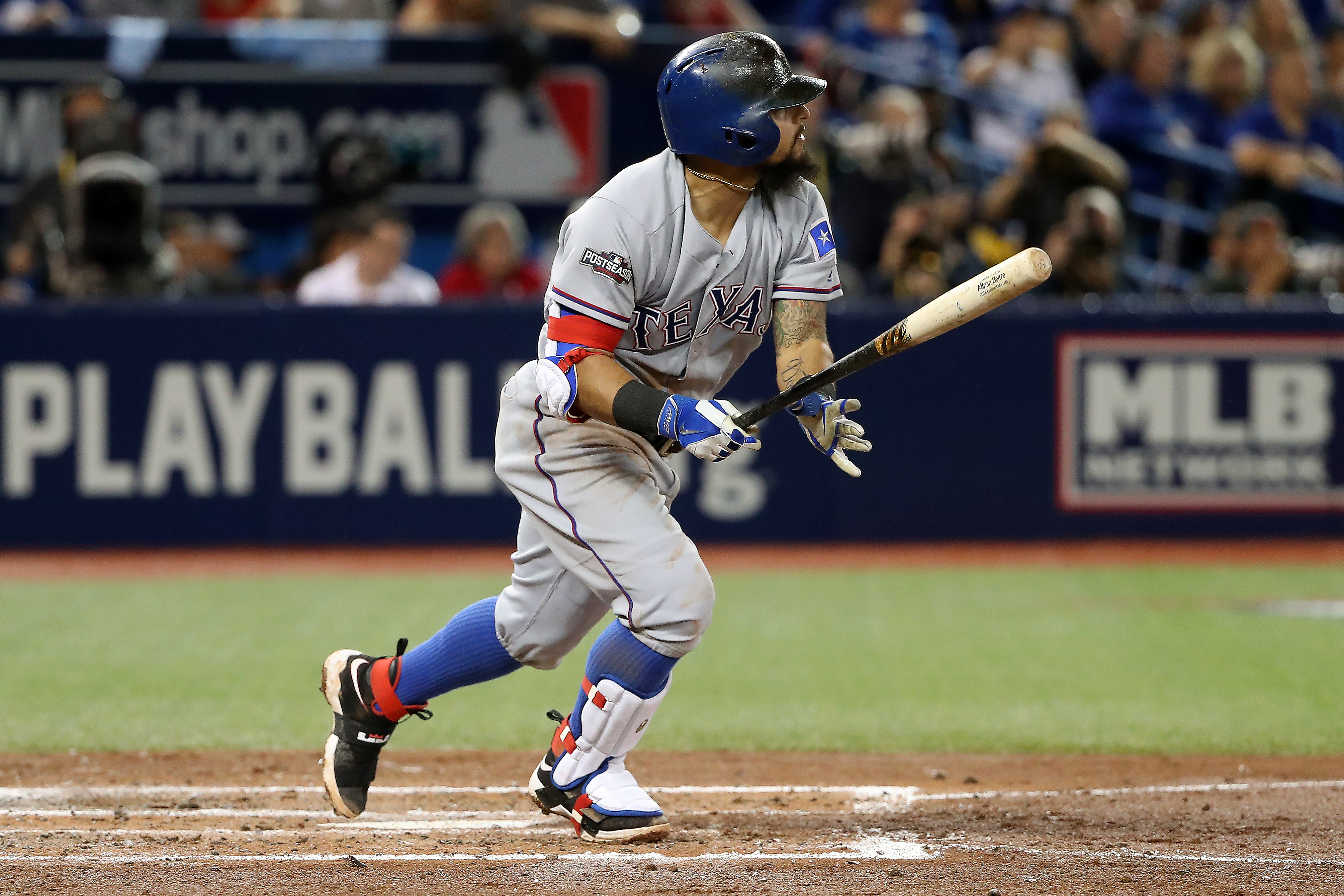 The 2016 season was a fascinating one for Texas Rangers second baseman Rougned Odor, and contrary to popular belief, it has nothing to do with punching Jose Bautista. What actually made it fascinating was the connection between his power production and plate discipline (or lack thereof).

Through 632 plate appearances last season, Odor hit 33 home runs while drawing just 19 walks, giving him a HR/BB ratio (1.74) that has an interesting spot in history.

Rougned Odor is on pace to post the highest HR-to-BB ratio in MLB history for a batting-title-qualified season: pic.twitter.com/GYfLXPpCf6

While that in itself is impressive, it’s only the beginning. When looking through his FanGraphs page, a few things caught my eye:

— His minuscule 3.0% walk rate was the lowest among all qualified hitters last season.

How do these performances compare to one another? And, more importantly, how did Odor arrive in this exclusive club after his third big-league campaign?

While the single-season output of these three hitters wouldn’t fall into the “extreme pull” category, they definitely showed the ability to get out ahead of a pitch consistently. Check out the batted ball direction of each player from the seasons noted above.

As one would imagine, the second baseman’s home-run production has increased with each season, along with more fly balls and a decrease in ground balls.

Even though Odor is putting the ball in the air more often than ever before, he’s making it count by launching them over the fence with more regularity. That’s good since him getting on base last year was virtually entirely dependent upon putting the ball in play.

Surprisingly enough, hard-hit rate is yet another category where Odor is lagging behind.

Greene and Buck went through some ups and downs before arriving at this particular hard-hit rate in their respective seasons. Odor, on the other hand, has once again shown a steady progression since his debut in 2014.

It’s easy to see there’s a direct correlation between his batted ball direction progression and his quality of contact progression. The middle remains rather consistent, while the rates on both ends of the spectrum change a lot from year-to-year.

So, it shouldn’t be any surprise to see his power production spike in 2016 — he’s pulling the ball more than ever, allowing him to do the most damage with the pitches he’s making contact with.

Buck and Greene each saw their pull rate and hard-hit rate decrease the following season while failing to reach the power numbers they produced the year before. Clearly, this is an approach that’s working for Odor, so the goal should either be to keep the pattern going or at least maintain in 2017. Ah, finally — a category Odor has won, and rather easily.

We mentioned earlier that Odor had the lowest walk rate of any qualified hitter in 2016, and it was also one of the 30 lowest since 2002. He arrived at such a low number because of some negative regression in his plate discipline.

While it allowed him to have a career year in the power department, it could also be difficult to sustain over a prolonged period of time.

To put this in perspective, his career-high 54.3% swing rate was ninth-highest among qualified hitters last year, but that career-low 77.9% contact rate barely cracked the top 100.

So, looking back at his pull rate and hard-hit rate, the large increases he experienced over the past three seasons was absolutely necessary for him to have the level of success he did.

At the end of the day, Greene, Buck and Odor all had decent years with regard to counting stats, but only one can be labeled as the most productive from an advanced metric perspective.

His sample size is much smaller than the other two, which is likely a big reason why the results look like this.

However, after all these comparisons, what does it all mean for Odor moving forward?

If he’s able to produce like he has so far with such poor plate discipline numbers, just imagine what he could do with some improvement. And the great part about it is there’s plenty of time to get this area of his game under control.

Odor will be entering just his age-23 campaign in 2017 and already has over 1,500 big-league plate appearances under his belt, with a fair amount of success to boot. Greene (27 in 2007) and Buck (29 in 2010) each experienced similar seasons in the midst of their physical primes, but Odor’s prime is still ahead of him.

It’s not as if he needs Joey Votto-esque plate discipline. But just the slightest improvements could help him build on this incredibly interesting 2016 campaign with even better overall performances in the future.