Will the U.S. Men's National Team qualify for World Cup? 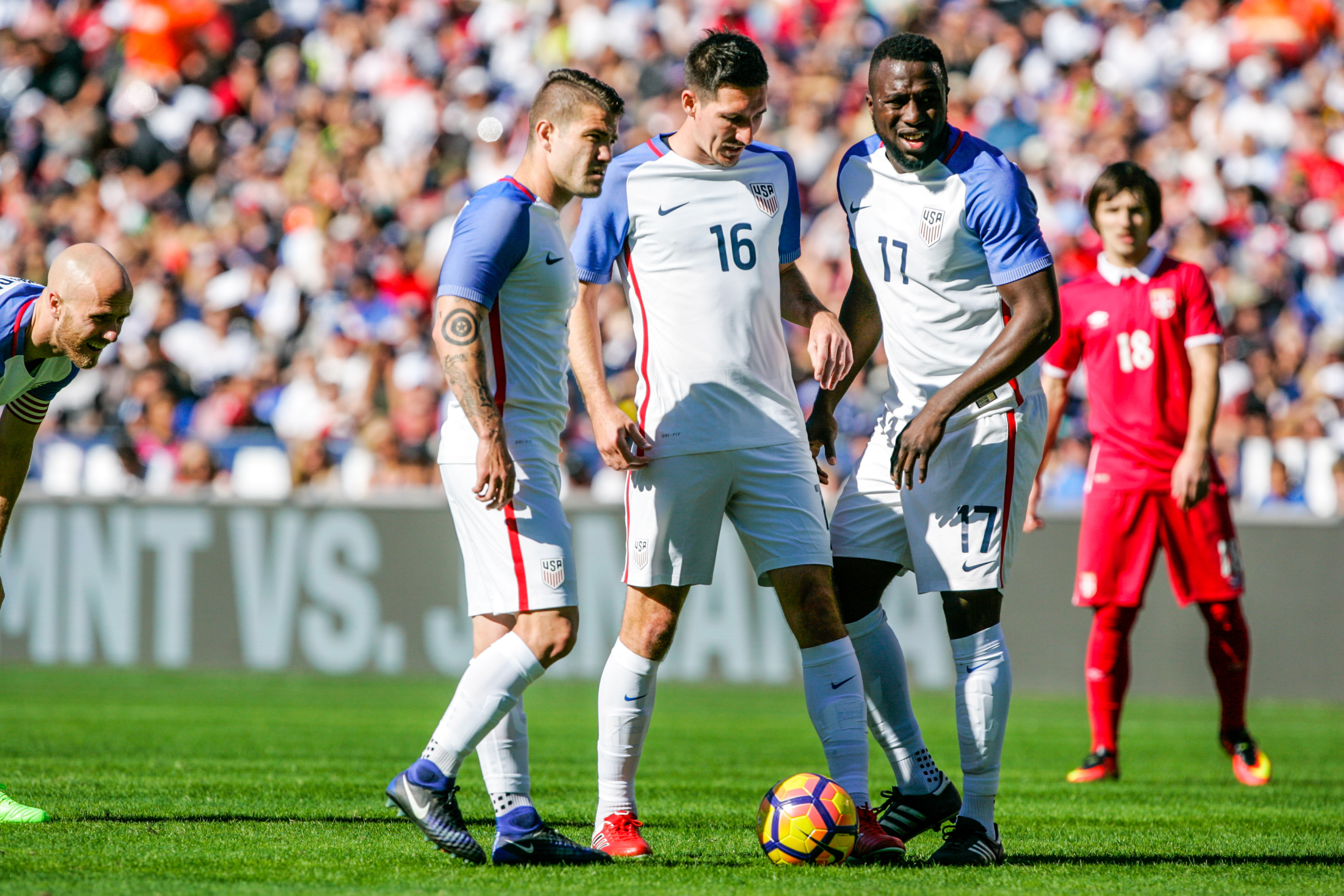 Will the U.S. Men's National Team qualify for World Cup?

Sandwiched in between a friendly match against Serbia and an upcoming friendly against Jamaica this Friday, new USMNT manager Bruce Arena has said that he sees no reason why his squad shouldn’t qualify for World Cup play.

For context, we’ll take a look back to Nov. 20, when the USMNT was embarrassed 4-0 in Costa Rica. In the days following the loss, former manager Jurgen Klinsmann publicly stated that he was 1,000 percent sure that the team would advance to Russia in 2018. The U.S. found itself 0-2 in group play after losing to Mexico in a prior match, and Klinsmann was shown the door.

For national team managers, their careers and team expectations are like milk carton expiration dates. Such is the case with Arena. He is well aware that the expectations placed upon him are twofold. First, he must pull the USMNT out of their slump and garner enough points in the next eight qualifying matches to compete in Russia.  With the top three teams making the trek (and a fourth involved in a home and away scenario), it would seem that the U.S. should advance. Once in Russia, it is expected that his squad will make a run deep into the competition.

With two matches remaining against under-performing Panama and two against a weak Trinidad and Tobago team, ten points is likely to be earned and all twelve is not out of the question. The two games against Honduras should garner four points, and a home game against Costa Rica will produce no worse than a draw and a possible win. The other game on the schedule, against El Tri at The Azteca, will prove to be the most difficult qualifying match and even a point might prove elusive. But the USMNT will ultimately amass enough points to make the trip to Russia, which is the immediate task at hand for Arena.

The CONCACAF region as a whole does not have any powerhouses, compared to what lies in Europe and South America. It relies primarily on Mexico and the U.S. to showcase its talent to the world, and both teams have underperformed in the past few years. That the USMNT has to fight its way to earn a qualifying spot within CONCACAF is not a benchmark for success, but it is a crucial first step. With all eyes on Arena as the new manager, he can only be as successful as his available talent.  The Serbia friendly that ended in a 0-0 draw saw a dearth of talent from his MLS players, given that they played against a tired Serbian squad comprised entirely of “B” and “C” team players. While most of the MLS-laden team will not make Arena’s final World Cup squad, the friendlies are critical to identifying role players, as well as providing depth to the team. While the manager was kind with his words, there were few standout performances following a three-week camp. The Jamaica friendly on Friday will be the last chance for these players to make an impact on the team before the next set of qualifiers begins on March 24th.

That leaves the USMNT to rely upon their overseas players. But isn’t that where the USMNT was under former manager Klinsmann? While he favored the German system to train his players more than other leagues, the talent pool is no larger than it was last year. While the emergence of a player like Christian Pulisic is helpful to the team, at 18 years of age his biggest contribution will be in future Cups. Bobby Wood shows promise in the forward slot, while attacking midfielder Julian Green has demonstrated he belongs on the squad. While these players have value to the USMNT, if they aren’t stars on their club teams, it would be folly to expect such results as they compete on the world stage.

The core of the USMNT team has quietly aged as well.  Players like Jozy Altidore, Michael Bradley and Jermaine Jones have lost more than a couple of steps, and 33 year-old Clint Dempsey’s heart ailment leaves his playing career in question.

One would think that new manager Arena has taken all of that into account and is fielding the best team available to him in a short amount of time. It appears that the shape of the U.S on the pitch has taken a more defensive posture, possibly to reduce their vulnerability from a counter-attack due to their lack of speed. All of that comes at a price, however, as forward Altidore has said that he isn’t keen on his lone-striker role. Look for the U.S. to provide more support to the flanks, which is where the team has taken a beating in recent matches. At age 65, Arena’s experience has taught him to keep the games close enough to be in a position to pick up points in each match.

The Klinsmann era of the turbo-charged three-forward offense has passed. Arena’s style of play will be slower and more defensive-minded.  But if his squad is to have any chance to qualify for World Cup play in Russia in 2018, he might just need to make lemonade from lemons to advance.