Your Morning Dump… Where loose cannon (and likely ASG coach), Brad Stevens goes off on his team yet again 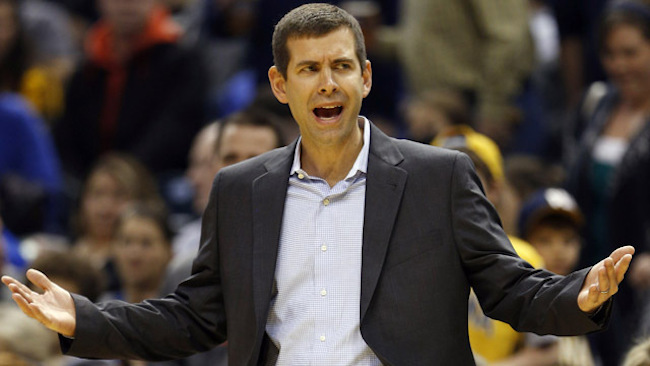 About an hour before Isaiah Thomas worked some of his now-familiar fourth-quarter magic, Boston Celtics coach Brad Stevens did something unusual: He tore into his team at halftime of Wednesday’s game against the Toronto Raptors, angrily questioning their intensity during a key Eastern Conference matchup.

“Honestly, I mean, Brad killed us at halftime,” said Thomas, who continued his absurd run of fourth-quarter heroics by scoring 19 of his game-high 44 points in the final frame as Boston rallied from an 18-point deficit to stun the Raptors 109-104 at TD Garden.

“Very unusual,” said guard Marcus Smart, whose hustle plays down the stretch, including winning a key jump ball, helped Boston find a way to win. “I think everybody knows Brad is one of the most calmer dudes you’ll meet, so usually when he’s fired up and he gets into us, it’s for a great reason.”

First, can we stop, shake our heads and laugh that a 44-point game from Isaiah Thomas isn’t leading this Dump, nor did it lead Chris Forsberg’s game story? I’ve long ago run out of superlatives for Thomas, who, despite any +/- and DPRM numbers is adding to his legend seemingly each night with herculean fourth quarters.

Let’s get to ‘Mad Brad,’ who basically took the screaming and yelling I, and many Celtics fans were doing at the TV and brought it to the team via a locker-room talk. The Celtics interior defense was so putrid (looking at you, Amir and Al) and a team-wide malaise so prevalent that I would have been upset if I didn’t wake up to a “Brad lit into his guys” story.

Good for Stevens and his guys who chipped away at a double-digit deficit against a team that gives them fits. Hopefully the Celtics can grab a TV game on Friday against the moribund Lakers, thus securing Stevens’ place as coach of the East in a few weeks in New Orleans. A loss would make things uncomfortably interesting, as that could set-up a must win against the Clippers on Super Bowl Sunday– the Raptors get a few cupcakes in Orlando and Brooklyn, so it would be a surprise to see them do the work for the Cs here.

Anyways, stay angry, Brad, just don’t yell too much at Jimmy Butler in a few weeks if he dogs the ASG. We’d like him here, thanks.

On page 2, let’s get these guys in a playoff series

You know, just how cool would it be to watch these Celtics and Raptors go 4-of-7 this spring?

But, Lowry added, “We’ve got to get there first.”

It would require the brackets setting up just right, and almost certainly each team will finish high enough in the Eastern Conference seeding that it would have to win a first-round series.

But wouldn’t it be neat?

“We’re two evenly matched teams,” said Casey. “They have a good team. Horford makes a huge difference for them. We’re both gritty teams, gritty styles of play. Physicality is important for both of us.”

I’m too lazy/it’s too early in the morning for me to go back and find it, but this summer when it takes some digging and extra imagination to write up a lengthy dump, I referenced the dormant, but bubbling rivalry between the Raptors and Celtics. Atlantic Division titles don’t matter anymore, but when it comes to the hierarchy in the east that the Celtics are trying to ascend, the Raptors are next on the pecking order (though you could argue, perhaps, that the Celtics should work on beating the Hawks first).

It’s fun when these two teams play, and it seems like there’s mutual respect between the two teams. What’s crazy is, through three games, we still haven’t seen these teams at full strength: No Isaiah Thomas in game one for the Cs, no DeMarre Carroll for the Raps; no Avery Bradley in game two for the Cs; no DeMar DeRozan in game three for the Raps.

Here’s hoping both teams can take care of business in round one of the playoffs and meet. Although if it’s not them, a Celtics-Wizards series would be just as fun and potentially way more volatile.

And finally, in the air was not the first time Jaylen and Lowry have met

“I just felt I had a clear path,” Brown told CSNNE.com. “I was already in the air. It’s dangerous when you leave the air like that. But it was all love after the game.”

Because the same Lowry that decked him Wednesday night, was one of the most influential individuals in helping Brown develop his work ethic which has been constantly praised by the Celtics coaching staff, players and the front office.

Brown said he first met Lowry when he was in high school.

“I was a 16-year-old kid, skinny, low hair cut working out in Vegas,” Brown told CSNNE.com. “He pulled me to the side one time and said, ‘if you’re not going to work out, you’re going to have to get off the floor.’ He really showed me what it meant to work.”

From there, Brown recalled the two working out together for a week.

“He showed me how to work. I’m 15, 16-years-old working out in Vegas, kind of going through the motions,” Brown said. “That was something that I kept for years. And to now play against him is surreal.”

Marcus Smart called it “…a good sign…” that Jaylen demonstrated some fire after being fouled –rather routinely– by Kyle Lowry midway through the fourth quarter. It brought the crowd to its feet and injected some more life into a Celtics team that spent most of the first three and a half quarters shaking off cobwebs, but it also shows more of those small signs of growth you look for from a 20 yr old rookie. A reaction like that isn’t immature, it shows that Brown is starting to really believe he belongs. This season is all about small signs from Jaylen– couple his reaction with the meaningful fourth quarter minutes in a big game and one can’t help but be encouraged.

I didn’t know about the Lowry angle. Pretty cool story and also funny to imagine Jaylen angrily turning around to confront the Toronto defender that ruined his Sportscenter highlight, only to realize it’s a dude who mentored you in the past.

CSNNE – Stars, studs and duds  | Olynyk {shoulder) hopes to be ‘good to go’ in a couple days 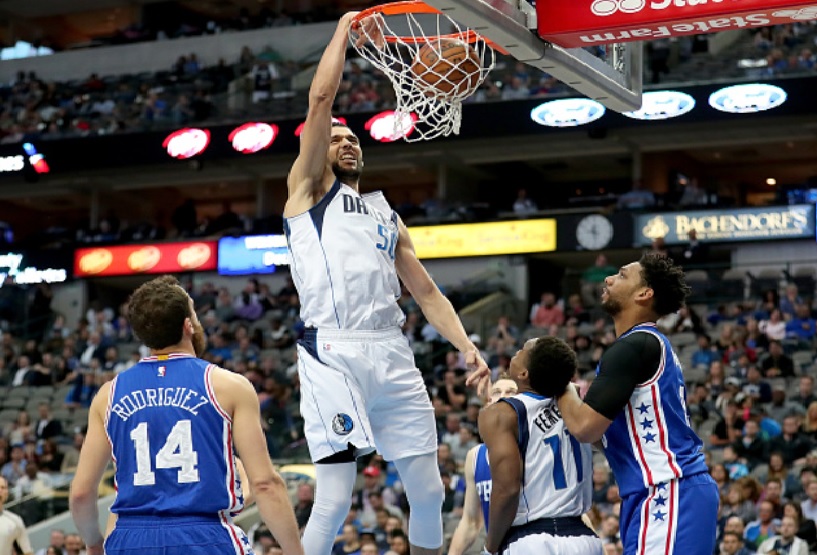 Listless Sixers Loaf to a Loss in Dallas

By Sean Kennedy (@PhillyFastBreak) Plenty of times during the Process era, the Philadelphia 76ers lost games because the other team was simply more talented. To...