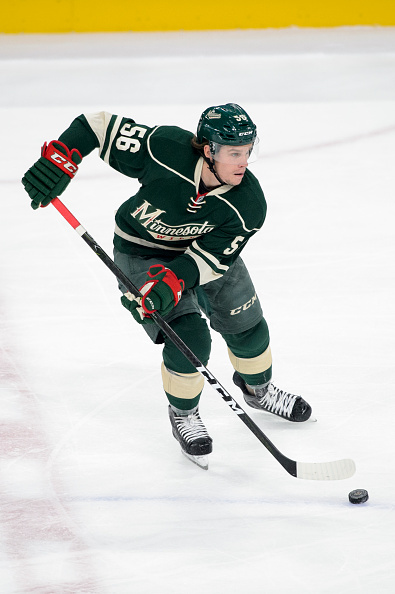 The commercials have been seen, the game has been played and we can all move on right?  Oh, are you still bitter how it all turned out?  Well, good thing we have hockey to cheer on for another 3 months.  The Jets had hoped to make the next step this season as their younger players matured and wunderkind top pick from the 2016 draft would turn Winnipeg into a playoff contender.  They’re still in the hunt but its been a roller coaster of a ride so far.  For the Wild, many experts and publications were saying the team was probably not going to make it.  I will admit it, I didn’t exactly disagree with the experts.

But as ESPN‘s Chris Berman loves to say, “that’s why they play the games” and obviously there was a lot left in the tank for a lot of Minnesota’s veteran core.  In the last game of their 4-game Canadian road trip the Wild hope to finish it with 6 out of a possible 8 points.  The Jets are hoping to gain some ground on the current Central division leader.  Will the Wild win another tough one on the road?

1st Period Thoughts:  As one would expect between two clubs who don’t exactly like each other that much, the pace was pretty fast at the start.  The Wild seemed to be executing better through the first few minutes; as they eluded the Jets’ attempt to forecheck and were able to create some nice opportunities offensively.  The best early chance was created by the Mikko Koivu, Mikael Granlund, Jason Zucker line as they should’ve cashed in off a nice set up by Koivu from the slot to a wide open Zucker who ripped a shot high on a wide open net.  The missed chance appeared to embolden the Jets who started to take the body more aggressively and this started to slow the Wild down.  The physical play also forced some bad turnovers in the offensive zone as Jared Spurgeon coughed up a puck that nearly resulted in a goal as Mathieu Perreault was stonewalled by a savvy poke check by Devan Dubnyk.  Minnesota kept making uncharacteristic mistakes with the puck and it looked like Minnesota was flirting with disaster.  Even the Granlund-Koivu-Zucker line got bottled up in the Wild zone once by the Jets’ 4th line, but luckily other lines stepped up.  Nino Niederreiter would race into the Jets’ end and make a nice drag and pull move, using a defender as as screen before unleashing a heavy shot that beat Ondrej Pavelec.  1-0 Wild and the tone of the game changed.  The Wild would get a power play, but was a little guilty of overhandling the puck and would come up empty.  Minnesota would light the lamp one more time, this time with 41 seconds left as Charlie Coyle stole a pass in the neutral zone and carried the puck in and dropped a pass to Jason Pominville who stepped into a slapper that beat Pavelec underneath his arm.  2-0, and not a great goal given up by the Jets goaltender.  Even though Minnesota was doing well on the scoreboard, the Wild must clean up their play in their own end of the ice.

2nd Period Thoughts:  I was a bit surprised the Jets stayed with Pavelec to start the 2nd period.  Minnesota would take advantage with an early goal as Jason Pominville found the twine a little past the 2-minute mark.  With a 3-0 lead the Wild seemed to go into coast mode and the Jets would steadily start to ramp up their pressure.  Part of that was sparked by swapping out Pavelec for Conor Hellebuyck between the pipes and this gave Winnipeg more confidence to go on the attack.  It started with a long shift for the Wild where they got caught chasing around their own end and instead of taking the easy play of the puck out of the zone they’d cough it up and eventually it ended up on the stick of Bryan Little for an easy goal.  Dubnyk just couldn’t corral the rebound and Little swept in and lifted a backhander.  3-1 Wild and the sleeping MTS Centre crowd was now awake.  The Jets continued to attack as the Wild seemed to be only interested in dumping the puck deep and changing.  They would cut the lead half late in the period as Joel Armia fired a shot from the point that went off Dubnyk’s shoulder and in.  3-2 Wild as Dubnyk appeared to be caught off guard by the shot and certainly not ready for the velocity Armia put on it.  Not a good goal and the Wild found themselves under siege.  With the home crowd giving a weak ‘Dub-nyk’ chant the Jets were taking shots from anywhere as the Wild zone looked like a shooting gallery in the closing minutes of the period.  Minnesota had to feel a little annoyed how the Wild allowed Winnipeg to get back into this game.  It was frustrating period where the Wild seemed to lose focus against a pretty desperate and determined opponent and those lapses resulted in goals.  Hopefully they play with more focus in the 3rd.

3rd Period Thoughts:  The 3rd period started with a level of anxiety as the Wild were holding onto a precarious 1-goal lead.  Yet the Wild played remarkably composed and they’d earn a great opportunity when Dustin Byfuglien would throw his stick to stop Mikael Granlund from having a breakaway earning him a penalty shot.  After some debate over whether Zucker could take the attempt the officials told Granlund the chance was his alone and he’d move in forehand to backhand where he tried to drag the puck back across the crease against Hellebuyck but he lost control of it and missed.  It was a missed opportunity, but the Wild didn’t just sit back and defend its half of the ice.  The Wild kept attacking and forcing the Jets to spend time defending.  Still, there were some close calls as a puck hit off of Ryan Suter and then off the post and was swept out of danger by Spurgeon.  Minnesota was also paying the price too by blocking shots and the Jets tried one last push with a little under two minutes left when it pulled Hellebuyck for an extra attacker.  Minnesota didn’t flinch and they’d gather up a loose puck and then slice through the Jets’ defense as Niederreiter sealed the game with an empty netter, 4-2 Wild victory.

D – Jack Sadek (Minnesota, Big 10) ~ The former Lakeville North star plays a high-risk, high-reward style for the Gophers and because of that he’s been in and out of the lineup.  He had an assist on Saturday as the Gophers swept Penn State with a 5-2 win.  Sadek has a goal, 7 points, 8 PIM’s and is a +7 in 22 games.

LW – Brandon Duhaime (Providence, H-East) ~ The winger is becoming more comfortable with each game and he had a goal and an assist in Providence’s 5-3 win over Maine.  Duhaime has 4 goals, 12 points, 41 PIM’s and is a -4 in 28 games.

RW – Luke Kunin (Wisconsin, Big 10) ~ Some qusetioned the merit of selecting the the Chesterfield, Missouri-native as they felt the club may regret some of the other goal scorers it didn’t pick (Riley Tufte and Kieffer Bellows) but so far the Wild look like they’ve gotten the better part of the deal as Kunin found the back of the net in Wisconsin’s 4-3 OT win over Michigan State.  Kunin has 17 goals, 26 points, 22 PIM’s and is a -1 in 23 games.

C – Dmitry Sokolov (Sudbury, OHL) ~ The Russian continues his climb among the top goal scorers in the Ontario Hockey League (currently 3rd in the OHL in goals scored) as he lit the lamp in the Wolves’ 5-2 win over Sault Ste. Marie.  The Omsk-native has 35 goals, 53 points, 4 PIM’s and is a -21 in 45 games. 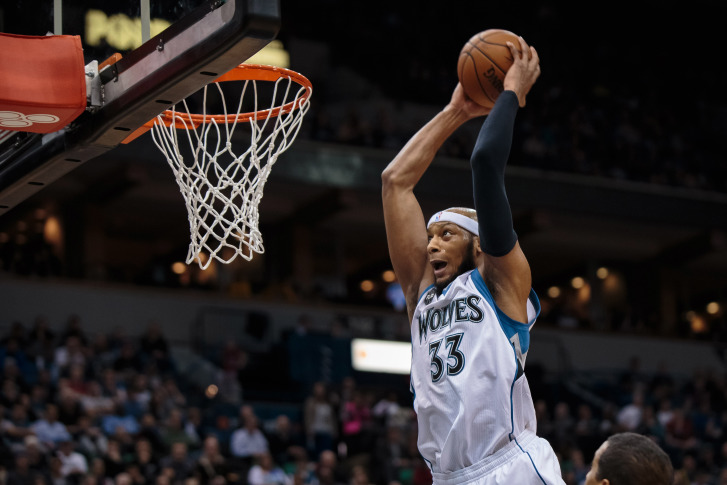 The Minnesota Timberwolves announced Tuesday afternoon that forward Adreian Payne will be out of action indefinitely while being treated for thrombocytopenia, a low platelet count condition....