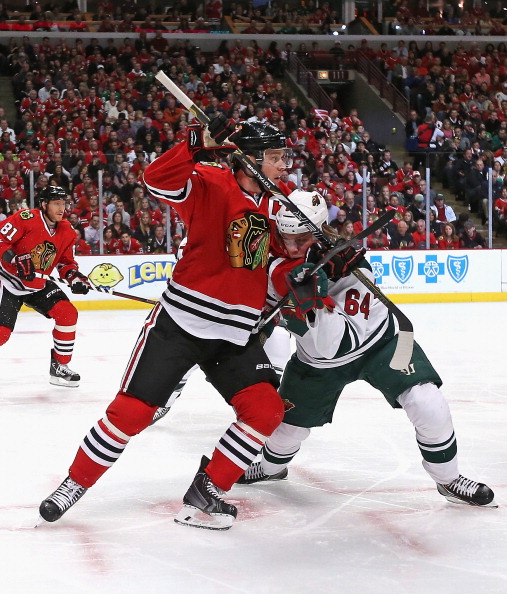 A friend of mine who happens to be a Blackhawks fan went to her first game a few months ago.  While she would be the first to admit she’s relatively new to the game of hockey, she at least understands some basic terminology and rules of the game.  Sadly, she witnessed some other Blackhawks fans who was very impressed with the play of Jonathan “Toes” referred to the ice as the ‘field’ and screamed for their team to put the puck in the ‘basket.’  That’s right, Blackhawks fans.

Sure Chicago fans, you may have shelled out big money for a jersey, hat and other Blackhawks swag but many of you would be hard-pressed to name more than 4 players to say nothing of their inability to name anyone prior to 2005 beyond Bobby Hull, Stan Mikita, Jeremy Roenick or Tony Esposito.  Can the Wild put some more distance between themselves and the Blackhawks or will Chicago get a little cozy with us in the standings after tonight?

1st Period Thoughts:  Even though there was tons of pre-game hype from Chicago and experts saying how important this game was for the Blackhawks the first 6 minutes of the game belonged to the Minnesota Wild.  Minnesota was using its speed very effectively, especially in transition to set up some early chances that made Corey Crawford busy right away.  The Blackhawks seemed to be caught off-guard by Minnesota’s speed.  Jason Zucker and Jordan Schroeder both were looking for chances to turn on the jets against the slower Blackhawks blueliners.  Unfortunately as the Wild seemed to be getting closer to scoring the first goal, especially after a slap shot by Marco Scandella that hit Crawford in the mask Minnesota took their foot off the gas.  The Wild seemed to want to cruise and not make any and soon the Wild were only sending a few token shots on goal and Darcy Kuemper started to get busy.  The Wild’s 4th line would let up a little too much and the little details came back to haunt the home team.  Alex Tuch was skating with the puck along the wall and instead of dishing it as Chicago’s defense closed on him he instead coughed it up and the Blackhawks would quickly transition and it was Vinny Hinostroza drawing the defense towards him before sending a pass into the slot that Ryan Hartman pounced on to beat Kuemper.  1-0 Blackhawks.  The Wild had a little bit of push back as Charlie Coyle put his shoulder down for a power move but his backhand shot was dismissed by Crawford.  Most of Minnesota’s shots were coming from the perimeter and that and Crawford was able to keep his team ahead by one going into the intermission.  I thought the Wild were guilty of slowing themselves down on their zone entries instead of pressing the attack with their speed.  Minnesota must try to create more chances from in close because Crawford isn’t having too much trouble with those perimeter shots; especially when they lack screening players.

2nd Period Thoughts:  The 2nd period had a little bit of everything in it.  It was the deluxe nachos of a period where it has its tasty points and then lots of patches where maybe its a bit overdone too.  Minnesota would fall asleep defensively early in the period as Mathew Dumba would get caught trying to dish a hit to Jonathan Toews which seemed to get the Wild a bit discombobulated and it was Toews setting up Nick Schmaltz for an easy goal from in close.  2-0 Chicago as Scandella just stood there watching Schmaltz score.  Minnesota would answer back as Jared Spurgeon would join the rush and he’d pull the trigger and beat Crawford top shelf, glove side to cut the Chicago lead back to one, 2-1.  Minnesota was energized and they started to throw everything they had at the Blackhawks.  The Wild would eventually cash in as Charlie Coyle worked a puck up to Jason Pominville who moved it to Zach Parise who made a blind shot on goal that Crawford blocked but Parise then roofed the rebound underneath the crossbar to tie the game.  Or so it was thought as the Blackhawks challenged the play saying the Wild were offsides.  After a super lengthy review (8 minutes) it ultimately was determined the replay was inconclusive and the goal stood and the game was tied at 2-2.  It appeared to me that Coyle may have had his stick off the puck (as he stood outside the blueline as Parise tagged up before they entered the zone but the broadcast certainly disagreed and did about all they could to say Chicago got cheated.  Minnesota would have a good start in the first few minutes after Parise’s goal, but they couldn’t manage to get one behind Crawford who was being left out to dry his defense.  The Blackhawks would take the lead late in the period as Ryan Suter let Richard Panik get a step and he’d tuck a shot inside the right post by a sprawling Darcy Kuemper.  3-2 Chicago going into the 3rd.  I am not sure if its mental fatigue or physical fatigue that led up to those lapses that resulted in the last two Chicago goals but that has to be fixed if the Wild are to have a chance to win this game.

3rd Period Thoughts:  The 3rd period was more of a chess match as the Wild worked for the equalizer but were unwilling to take foolish risks since they were only trailing by one.  That meant the Wild were working hard for quality chances and passing up lower percentage chances.  Chicago was also playing cautious, unwilling to commit fully for an insurance goal.  Darcy Kuemper had some high quality saves as he did a good job to glove some pucks and not allow Chicago.  Minnesota would steadily ramp up its pressure as the period wore on and their persistence would again pay off as Marco Scandella skates the puck deep and then slides a pass out to the top of the crease to a crashing Erik Haula who buried it to tie the game at 3-3.  It was a beauty of a goal where Haula outlegged 3 Blackhawks players for the puck and the game would go to overtime.

Overtime Summary:  In overtime, the Wild had a fantastic chance early as Mikael Granlund found himself being set up right away for a one-timer that he blasted wide of the mark.  Minnesota continued to be aggressive and they’d generate another breakaway as a blocked shot turned into a chance for Suter who skated in and he tried to beat Crawford for a wrist shot that he blocked aside.  As the sequence continued the Wild would get caught with a very tired Suter and Eric Staal on the ice.  The Wild were just dragging as the Blackhawks circled in the Minnesota end looking for the game winner.  Suter would be interfered with by Marian Hossa to no call and then moments later Suter would block a shot and attempt to start an odd-man rush as he sort of headlocked Hossa in the process earning him a holding call.  Suter was indignant of the call, but it wouldn’t matter as Chicago went on the power play.  With a 4-on-3, the Blackhawks moved the puck around the perimeter before Patrick Kane stepped into a one-timer that would deflect off the stick and by Kuemper giving Chicago a 4-3 win.  The Blackhawks stormed the ice as it was obvious the result meant a lot to them as Suter exited the boss and gave it to the officials for not call Hossa for interference earlier on that same shift where he earned his penalty.

I thought Darcy Kuemper was ok, as he made 28 saves in the loss.  Sure, 4 goals is not great but it was defensive breakdowns that led to at least two of the goals that likely would’ve happened even if Devan Dubnyk was between the pipes.  I know the broadcasters made a big deal about Kuemper starting but in my opinion he should get some starts against good teams.  Defensively I thought Marco Scandella and Mathew Dumba were pretty suspect throughout most of the game, losing focus in their own end on a bunch of occasions.  That needs to be fixed if the Wild are going to beat anyone let alone Chicago.

Offensively the only line that seemed to really have their legs going was the Parise, Coyle, Pominville line.  They moved well but Coyle is still very much snake-bitten when it comes to shooting the puck.  However, it was good to see them lead the charge for a change.  The rest of the Wild lines looked a bit fatigued and I felt overall we were being a bit too picky with our shot selection.  On the power play, the team seems to have regressed to letting the vets get most of the prime ice time and that confuses me.  Prior to the All Star Break, the power play grouping of Koivu, Granlund, Niederreiter, Pominville and Spurgeon were outstanding.  I know the team is desperately trying to inject some confidence in Coyle, but on the power play we should be giving time to Zucker as he’s easily one of the team’s better shooters and he speed can be very helpful in puck retrieval and catching opponents off the rush.

I understand the Blackhawks have the pedigree of being a multi-Stanley Cup champion in the last 6 years.  I get it.  However, the Wild can’t feel too bad after the took Chicago to its limits playing in its 2nd game of a back-to-back after a long Canadian road trip while they faced an opponent that had been planning and resting the last 4 days like the Blackhawks have.  Minnesota still got a point and with the games in hand that still gives the team at least a 3-game edge with 2 games in hand on Chicago.  The Wild need to rest up, recharge and be ready for the Tampa Bay Lightning who are another classic trap game scenario. 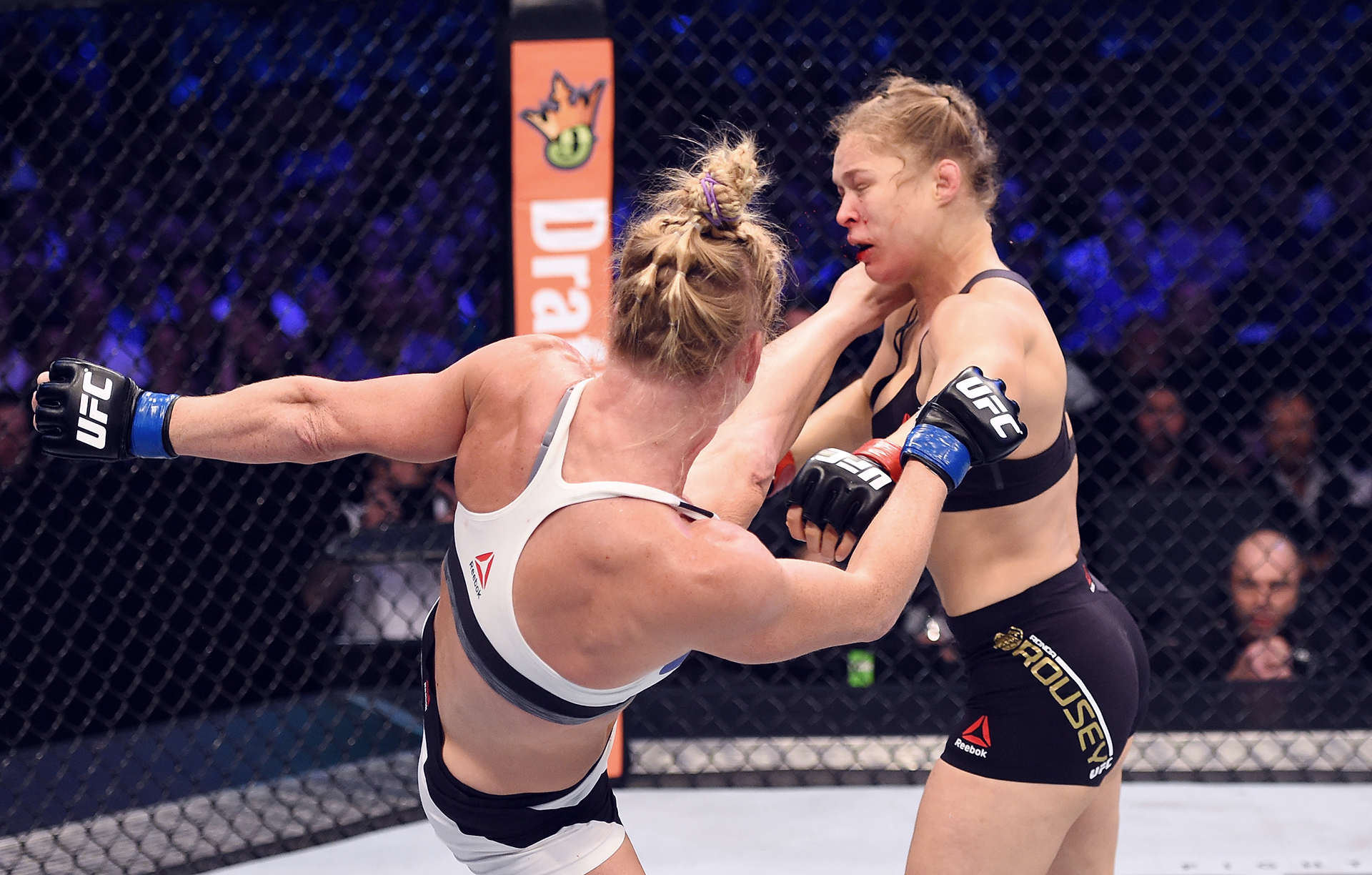