My evening at the 37th Annual Thurman Munson dinner 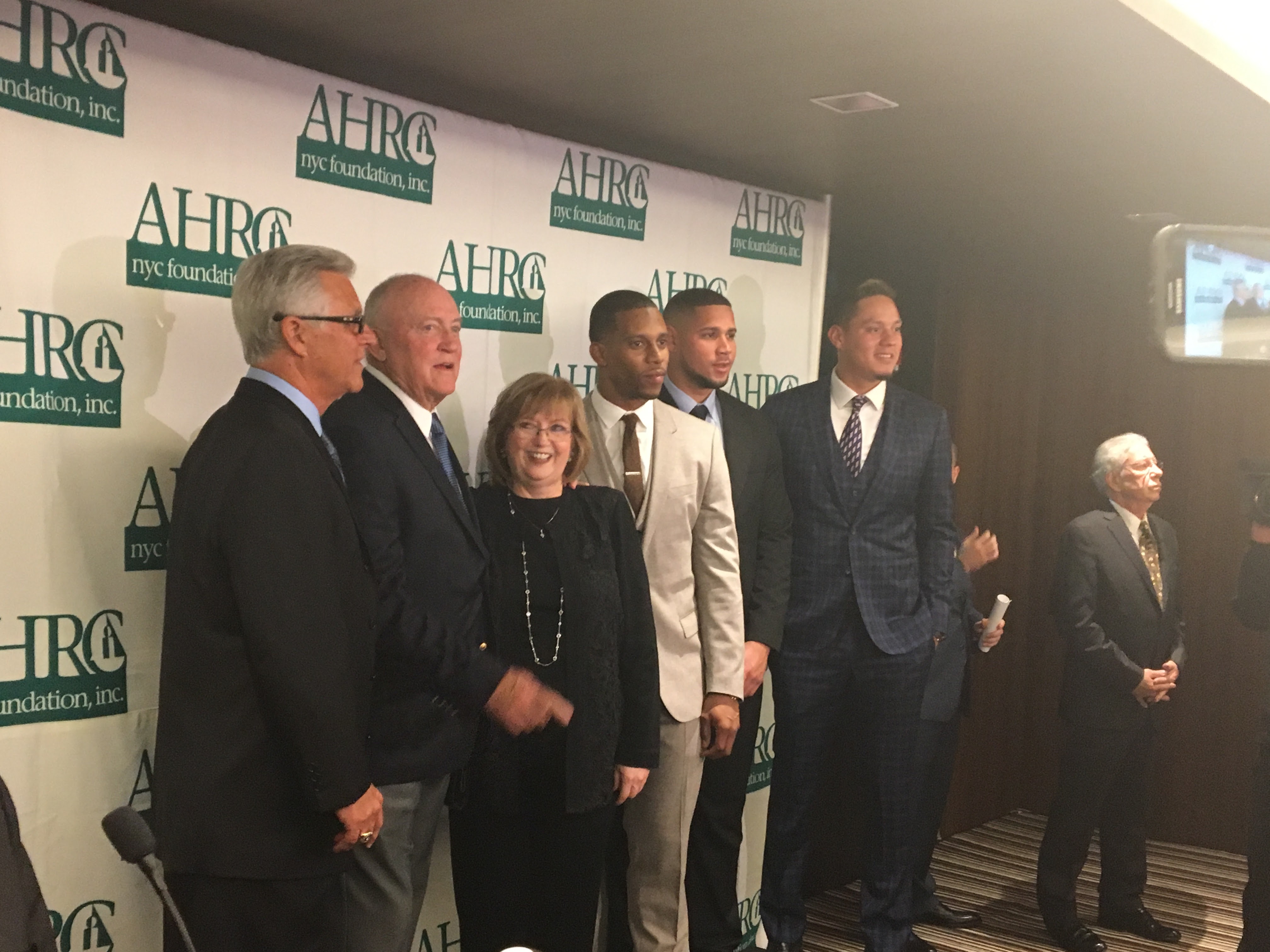 My evening at the 37th Annual Thurman Munson dinner

I had the honor of being invited to Tuesday’s annual Thurman Munson dinner, held at the Grand Hyatt on 42nd Street in Manhattan. It was a great evening. The dinner raised over $500,000 for AHRC, a New York-based organization that helps people and organziations with intellectual disabilities.

The big news out of the night, from the press conference before the game, was that New York Yankees rookie catcher Gary Sanchez, one of the honorees of the event, would not be playing in the World Baseball Classic for the Dominican Republic, but would show up at spring training this week instead. (Sanchez was rocking wearing a beard, by the way, which he was going to be getting rid of very soon!)

During the dinner, Roy White, who introduced Nettles, said that he was the best third baseman in Yankee history and should be the next player honored in Monument Park. A-Rod who?

I do think Nettles should be honored, though. He certainly was just as valuable to the franchise as Willie Randolph, Tino Martinez, and Jorge Posada were. Plus, his Number 9 is already retired for Roger Maris. Why not honor Nettles with it?

Some other fun tidbits:

Thanks for the invite to the dinner. Glad it was such a success.