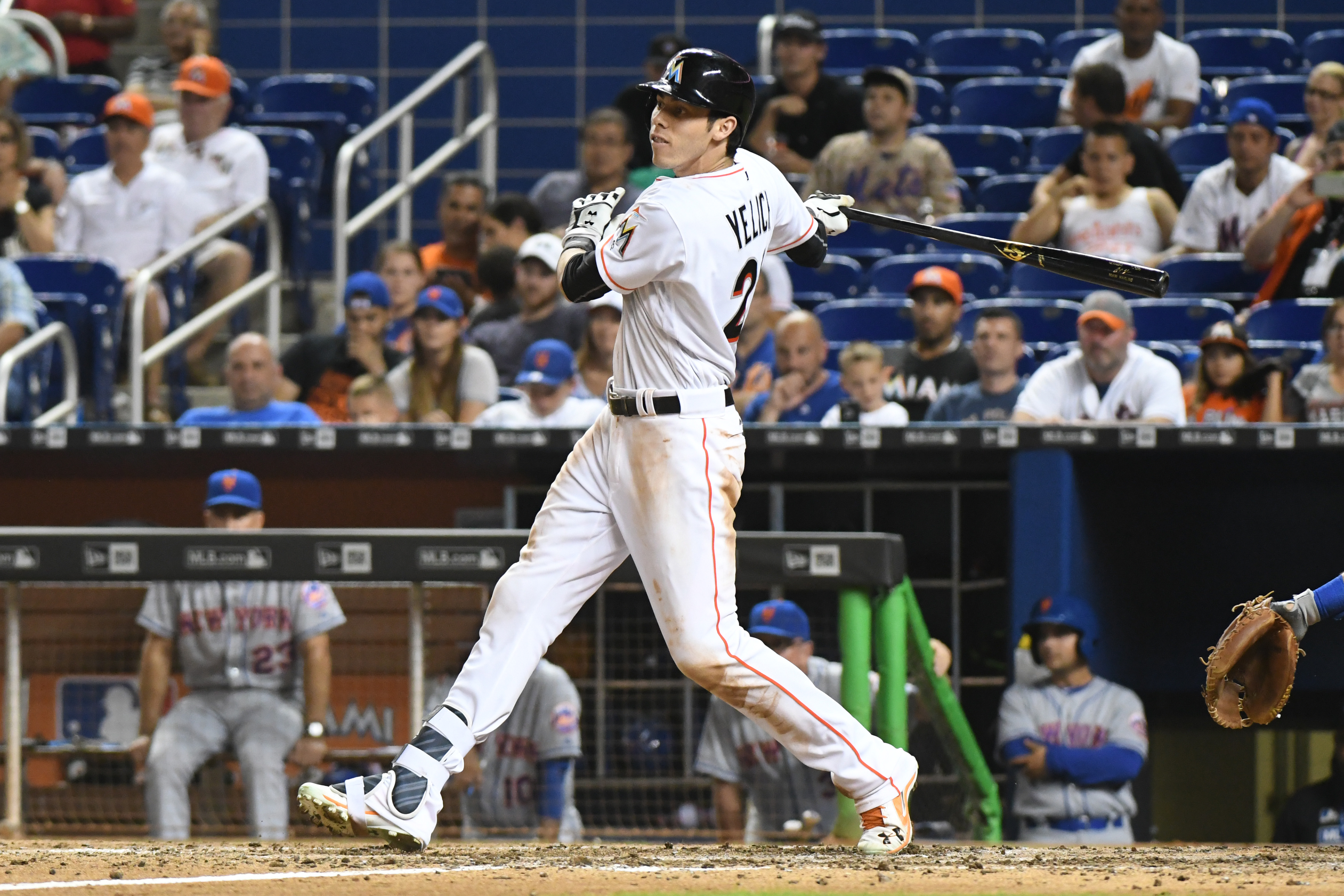 Making a name for yourself in the Miami Marlins outfield in recent years hasn’t been all that easy, but Christian Yelich has found a way to carve out some attention for himself in South Beach. Probably not enough yet, though.

It’s tough when Giancarlo Stanton grabs headlines every time he punishes a baseball, or when Marcell Ozuna‘s name is either swirling in trade rumors or being called out at the All-Star game.

Yelich quietly goes about his business on a daily basis, and while he may not generate the most headlines, he’s probably the most valuable outfielder on the Marlins’ roster.

After posting a 4.5-fWAR season in 2014, he didn’t progress like Miami hoped in 2015, producing just 2.4 fWAR. He flipped the script back in a positive direction last year, though.

He didn’t earn an All-Star selection, but posted a 4.4 fWAR, won his first Silver Slugger award and placed 19th in National League MVP voting. Climbing up the ranks in this award category won’t necessarily be a walk in the park — after all, that Kris Bryant guy is still pretty good, as is his teammate in Anthony Rizzo, along with other studs like Corey Seager and Freddie Freeman, just to name a few.

Although he’s fresh off a career year, Yelich is exactly the kind of player that can come out of nowhere to be a legitimate candidate for the award in 2017 because there’s still a ton of room for improvement in his game.

No qualified MLB hitter put the ball on the ground more often than he did during this three-year span. His 61.9% ground-ball rate was the highest in baseball, and it certainly explained why he had an ISO of just .116 to go along with 20 homers throughout his young career.

He still hit a ton of ground balls during 2016, but that number finally settled in under 60%, while his fly-ball rate got out of the teens.

That makes his power surge — which included career highs in home runs (21), doubles (38) and slugging percentage (.483) — all the more impressive. In fact, nobody in baseball took more advantage of a limited number of fly balls than Yelich in 2016.

The only other player to hit 20-plus homers with a fly-ball rate below 25% last year was Eric Hosmer, who slugged 25 bombs with a 24.7% fly-ball rate.

When a player finds power and more than doubles their career homer output in a single season’s worth of plate appearances, one has to wonder if it’s legitimately sustainable.

The signs were there before Yelich’s breakout, though — his slugging percentage slowly kept trending up in each of his first three years (.396 to .402 to .416) and he posted consecutive seasons of 30-plus doubles in 2014 and 2015. Plus, it’s only natural for a player who debuted at the young age of 21 to grow into their power.

But still, it’s always worth checking off the boxes when a hitter posts a .185 ISO after never getting past .116 at any point in their young big league career.

We’ve already discussed the increase in fly balls, but the two other areas to look at are pull rate (Pull%) and hard-hit rate (Hard%). They’re also both trending in the right direction.

As he’s gaining big-league experience, Yelich is able to turn loose on pitches with greater frequency, enabling him to hit the ball harder more often while improving his launch angle. For big-league hitters, squaring up a four-seam fastball normally isn’t the problem when they’re adjusting to the highest level of play — it’s the breaking and offspeed stuff.

The one constant for Yelich throughout his young career was that if a fastball wasn’t coming his way, it was almost impossible to generate any kind of power…until this year.

Take a look at the jump his ISO took against changeups, curveballs and sliders last season compared to his first three.

His at-bats ended with either a four-seamer or sinker 299 times, but there were also 239 other instances where an at-bat ended with a changeup, curveball or slider. So, it’s a substantial enough of a sample size to make a difference in his overall stat line.

With a career 10.4% walk rate, Yelich has always had excellent plate discipline numbers. It’s one of the things that’s helped him stand out amongst other young hitters.

Once again, things are trending in the right direction for this particular category.

In fact, he could probably benefit from getting more aggressive at the plate. His 40.5% swing rate was one of the 16 lowest in baseball last year.

Yelich’s 2016 was a banner season in many respects, and after taking a deeper look, his recent success could be merely scratching the surface of his full potential as a player.

He’s been a consistently good hitter with Gold Glove-caliber defense in the outfield. He’s now added some legitimate power to the mix and still has plenty of room to boost his overall numbers based on the areas discussed above.

The National League’s biggest names will undoubtedly continue to dominate MVP conversations throughout the year, but there’s always room for a dark horse. Daniel Murphy is a great example — nobody would’ve expected him to be a finalist for the award last year, but it happened.

Yelich’s breakout performance already has him on the fringes of the conversation. Now preparing to enter his fifth big-league campaign, he could be the one MVP finalist who completely flies under the radar.

If that indeed happens in 2017, he may finally start getting the national recognition he deserves while grabbing more headlines than his fellow Marlins outfielders. 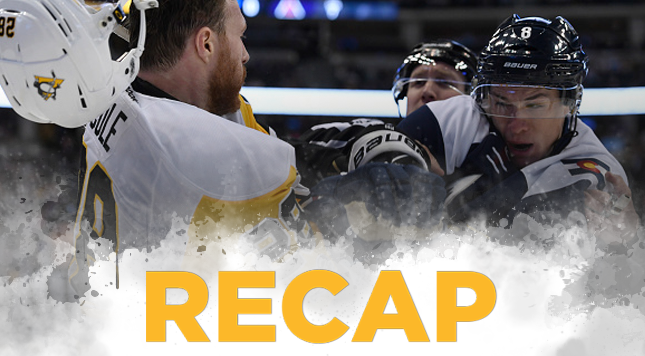 RECAP 53: Life's an Avalanche...Survive It

History suggests that when the Penguins play bottom dwellers, the games are going to go one of two ways. The Pens are either going to...