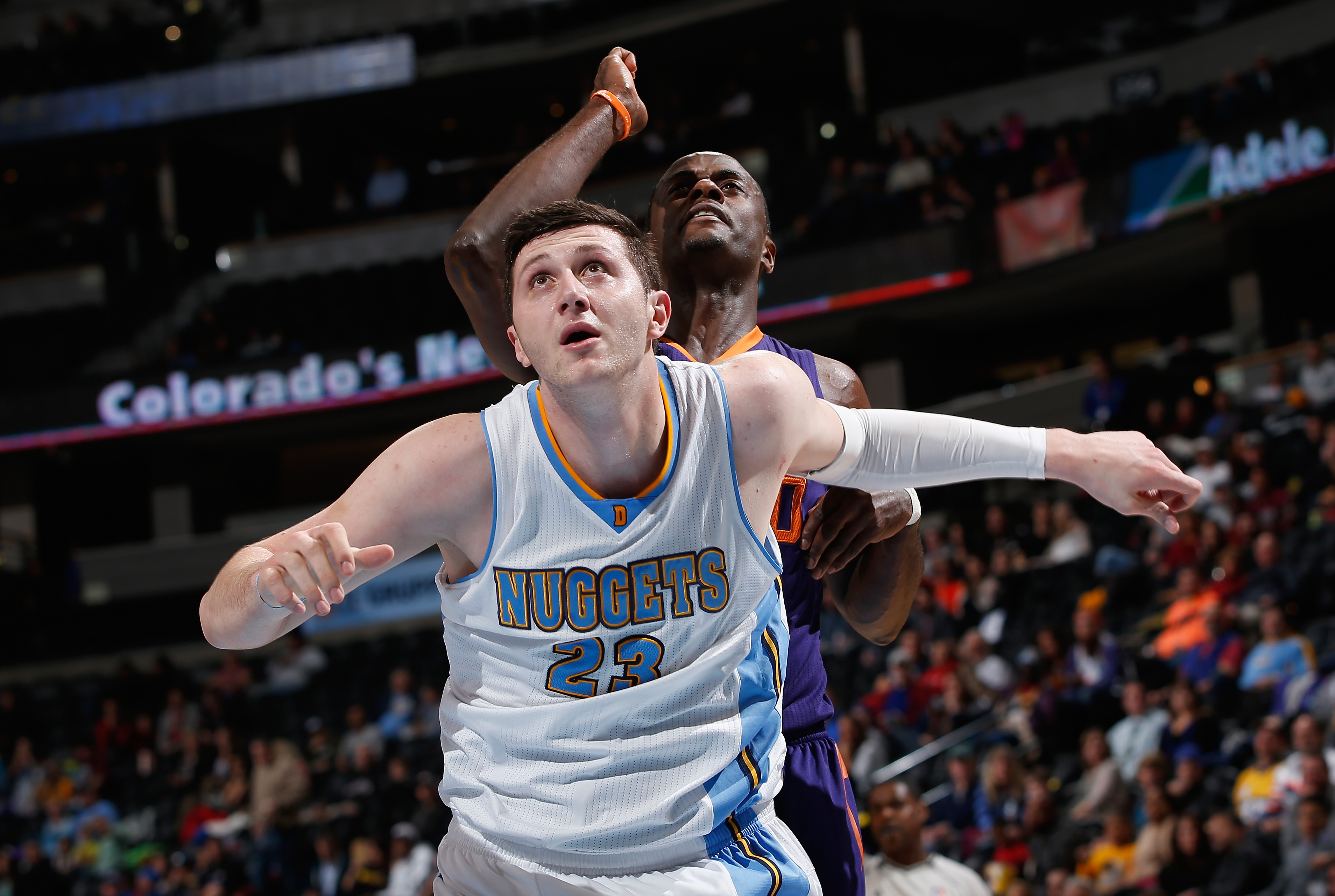 According to press releases from both teams, the Denver Nuggets have traded young center Jusuf Nurkic and a 2017 first round pick to the Portland Trail Blazers in exchange for center Mason Plumlee and a 2018 second round pick. The Nuggets also received cash considerations in the deal.

Nurkic, 22, was the 16th overall selection in the 2014 NBA Draft out of Bosnia by the Chicago Bulls, before being flipped in a draft day deal that included Doug McDermott. The 7-foot, 280-pound big man quickly became noticeable for his advanced offensive skill set and fiery take no prisoners attitude (see his trash talking to DeMarcus Cousins).

Nurkic was passed over this year however, after the emergence of sophomore sensation Nikola Jokic. With Jokic playing at a high level, Denver sought out a trade for Nurkic. This season, Nurkic averaged 8.0 points, 5.9 rebounds, and 1.3 assists per game in 45 games (29 starts).

Plumlee, 26, was the 22nd overall selection in the 2013 NBA Draft out of Duke University by the Brooklyn Nets and is now on to his third NBA team. Plumlee spent two seasons in Brooklyn before being flipped in a draft day trade of his own to the Trail Blazers in a deal that included Rondae Hollis-Jefferson.

This season, Plumlee is quietly having a career year in Portland, averaging 11.1 points, 8.0 rebounds, and a surprising 4.0 assists per game. Despite being one of the best passing big men in the game, Plumlee is a pending restricted free agent, and Portland didn’t seem inclined to pay him what he would like. As a result, Denver will look to add him to their impressive young core.

Both Denver and Portland had been rumored to be involved in the big men market that includes often mentioned big man Jahlil Okafor of the Philadelphia 76ers. However, this deal ultimately takes them out of the race, leaving Chicago and New Orleans to fight for Okafor.

Nevertheless, Portland saves a great deal of long term money, while also getting a talented young center and their third first round pick in this upcoming draft. On the other hand, Denver upgrades their roster for a playoff chase, while also finding a potential big piece for their future core.