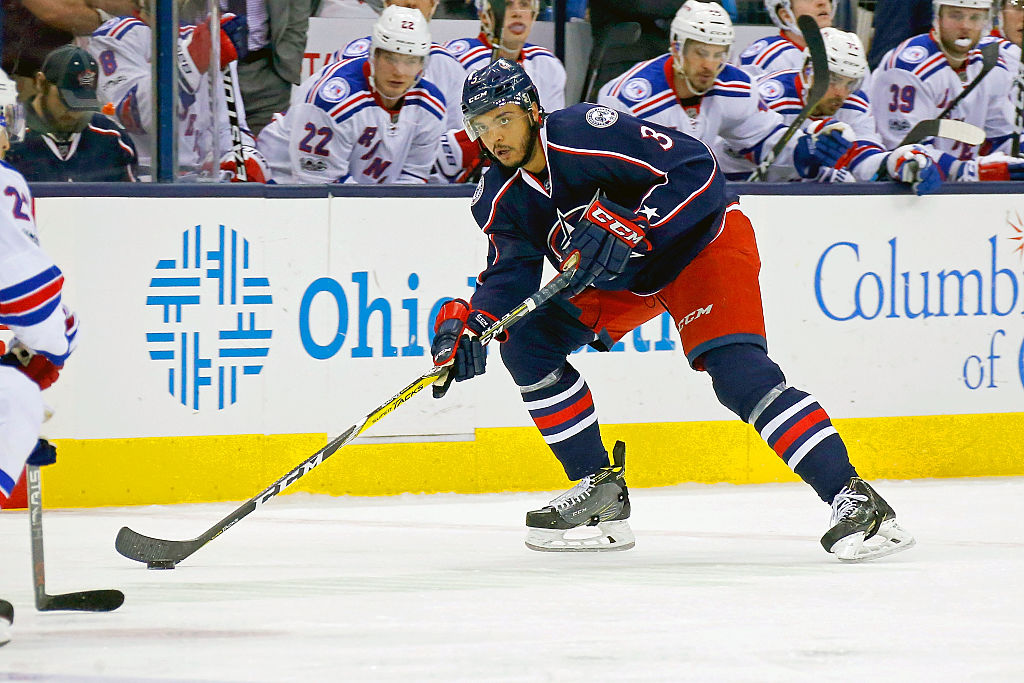 Sometimes watching hockey is a frustrating experience. Monday night’s game between the Columbus Blue Jackets and New York Rangers was a big showdown of strong Metropolitan Division teams. And the Jackets came out strong, picking up the night’s first goal and finishing the game ahead in total shots 32-23. But instead of the home team staking away with a huge win, Anntti Raanta and the New York Rangers were victorious, finishing the night 3-2.

During the Columbus winning streak, detractors suggested CBJ illegitimacy thanks to unsustainable shooting and save percentages. Those numbers were paired with a Jackets powerplay that had no recent-historic parallel. Total winning wasn’t going to last, and that’s fine.

Tonight was the other side of the unsustainable coin: the Blue Jackets were the victim of rotten luck, a goalie playing out of his mind, and a powerplay that just couldn’t make the final connection. And all of that is incredibly frustrating to watch, even if the diagnostic statistics describe a team that’s perfectly fine. Heck, the Blue Jackets are likely winners any other night if playing at this level.

But tonight, the standings points go to the Rangers and the audience is left missing out on a luckier performance from CBJ offense.

Eight different Blue Jackets finished tonight’s game with at least a 60% 5v5 CF% (via Natural Stat Trick). That list: Saad, Werenski, Wennberg, Foligno, Calvert, Karlsson, Dubinsky, and Jones. This means players on three different lines were exerting shot dominance against the Rangers. Of special note: Brandon Saad finished the night 19-4 CF-CA. Widening the scope: all but three Jackets finished the night above 50% (and one below break-even was Hartnell, who only played 1:16 before suffering an injury).

And, of course, the rewards just weren’t there. Yes, Foligno and Dubinsky picked up goals. But Karlsson was left off the scoresheet, a two-on-one rush broken up by a bouncing puck on late-period ice. Saad notched an assist, but was buzzing all night, unable to find more points. Zach Werenski and Seth Jones were puck-handling, puck-shooting menaces, and Raanta kept turning looks aside.

This pattern made the second and third periods especially annoying to watch, when the Jackets out-attempted the Rangers 35-23. In the final 40 minutes, New York finished ahead 3 goals to 1.

The worst season-long powerplay of the past 3 full NHL seasons was the 2013-14 Florida Panthers, at 10.04% (via Hockey-Reference). The Blue Jackets have not suddenly become the worst NHL powerplay team of the past several years, just as it’s unlikely they were the best powerplay team.

But tonight, fans suffer the consequences, as Columbus went 0-4. Rubbing salt in the wound, this game featured the first short-handed goal scored against the CBJ in the 2016-17 season. Made even worse? The goal was from noted sieve Dan Girardi.

Dan Girardi puts one past Bobrovsky short handed. Not a great start for the Jackets in the second. 1-1. #CBJ pic.twitter.com/DMNgPx8EGu

Some nights just don’t turn out the right way.

Thankfully, frustration doesn’t stop us from enjoying some good things. And Seth Jones is a good thing.

First up, the ridiculous outlet pass to set up the first CBJ goal. Brandon Saad ends up receiving the puck, and Dubinsky turns the net action into net deposit. Some credit is due the open ice (the Rangers were at the tail end of a penalty kill), but not many d-men can pull of a sweet delivery like this.

Seth Jones passes are a thing of beauty. They are a sight to see. #CBJ pic.twitter.com/um5kJnB4yv

Second, general wonderful skating ability. Jones shows off his jets to rocket past the Rangers, and his quick hands to maintain puck control as he skated through, and around the opposition before firing a shot. Remember, Seth Jones is a defenseman.

RT if you're mesmerized by Seth Jones. #CBJ pic.twitter.com/arLg7nyHcs

On a night with highlights like this, it’s hard to take a loss as the final outcome. At least fans can take solace in the fact that the Jackets will have a Jones (and Werenski) patrolling the blueline for years to come.

Even though Pierre McGuire can be grating, it’s nice to the the Blue Jackets on NBC Sports Network, and getting positive attention from the both the game-crew and the studio analysts. Taste in these matters is subjective so I’ll only speak for me: I enjoy Chris Cuthbert’s cadence and tone in calling hockey games, and that alone made the experience worthwhile. In addition, NBCSN previewed a feature on Nick Foligno’s family (a piece set to air during NBC’s Hockey Day in America coverage).

I like the change in perspective, a chance to hear about Columbus from a different angle. NBCSN has solid production values, and did a good job highlighting hockey and the Blue Jackets. If the CBJ manage longer-term success, I hope we’ll see more national broadcast attention in the years ahead.

The Nutivaara Five — friends of the Finn from back home — chant out his name. pic.twitter.com/LkHGtVIXtf

The Blue Jackets return to action Wednesday night when they host Auston Matthews and the Toronto Maple Leafs.