Cardinals will use franchise tag on Chandler Jones if necessary 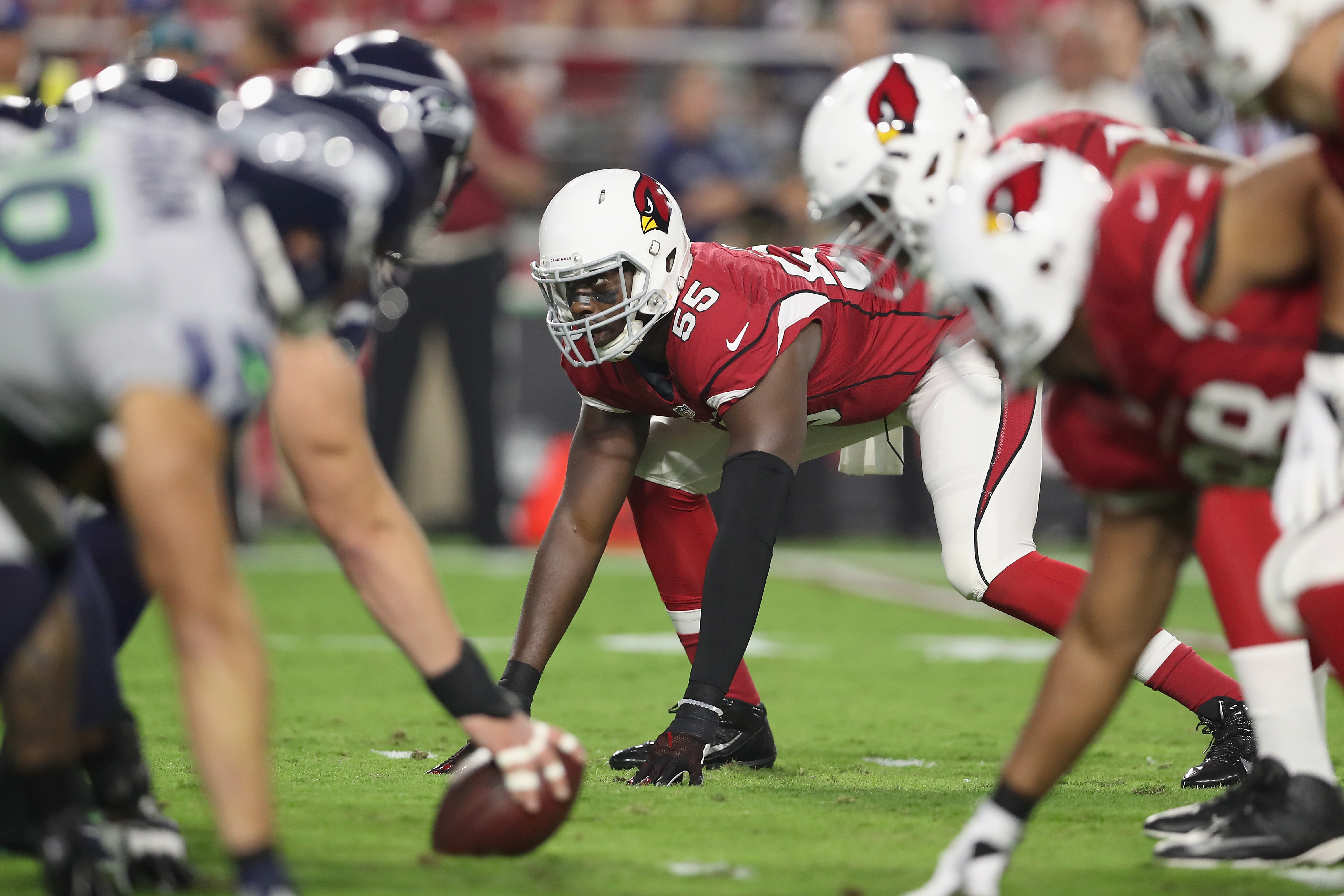 Cardinals will use franchise tag on Chandler Jones if necessary

It’s becoming more and more apparent that Chandler Jones will return with the Arizona Cardinals next season.

After head coach Bruce Arians made it perfectly clear that the Cardinals would franchise Jones if they couldn’t get a deal done with the free-agent linebacker, team president Michael Bidwill doubled down on that stance.

“We’re not going to mess around with that,” Bidwill said, per the team’s website. “He’s a great pass rusher, but if we can’t agree to terms that work for us, we’re just going to franchise him. His people know that.”

Jones, who was acquired from the New England Patriots last offseason, finished second on the team in sacks with 11. According to Pro Football Focus, Jones is one of the top five players who could hit free agency in 2017.