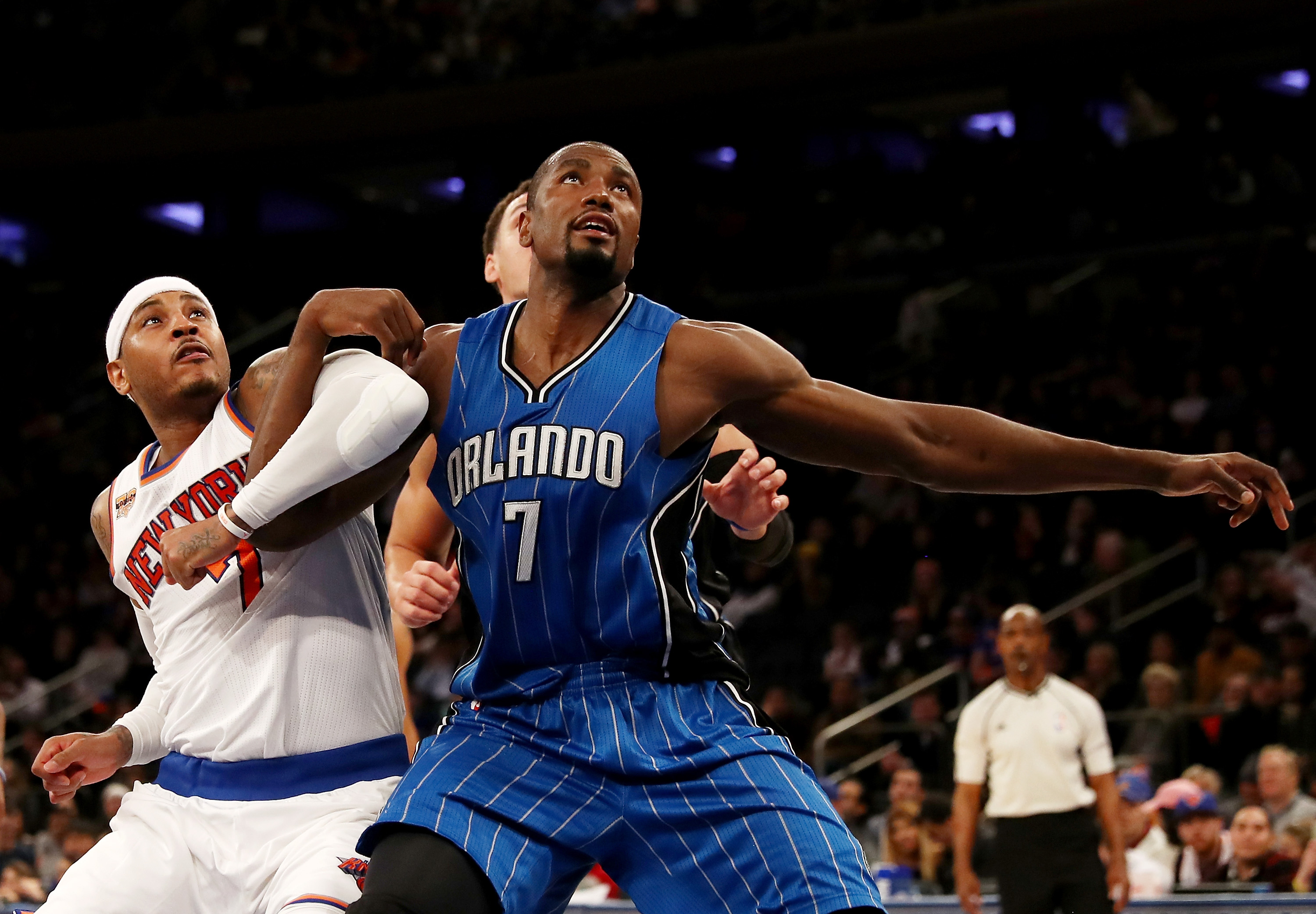 As of this writing, the Boston Celtics sit just two games behind Cleveland in the East. The Washington Wizards have charged hard up the standings to climb within 2.5 games of Boston. Behind them, the Raptors have slipped into a tie with Atlanta, four games out of second and six out of first.

Things are tight, and today they tightened some more because the Raptors have made a move to acquire Serge Ibaka from Orlando.

Toronto general manager Masai Ujiri has long been intrigued with Ibaka, and made the deal with the expectation that the Raptors will be aggressive in working to re-sign Ibaka this summer, league sources said.

The move helps Toronto solidify their defense and hammers home the obvious… they are in win-now mode and they have to strike while the iron is hot. When healthy, their backcourt is devastating, and they can easily find themselves in the Eastern Conference Finals (Boston and Washington are in the same boat) against the Cleveland Cavaliers.

The question now is… will the winner of that three-team slugfest have home court advantage? It’s possible… because Cleveland just suffered a big injury.

Cleveland Cavaliers forward Kevin Love underwent arthroscopic surgery on his left knee Tuesday that is expected to sideline him for six weeks, the team announced.

The surgery, performed by Dr. David Altchek in New York City, removed a loose body from the knee.

Love’s rehabilitation process will cause him to miss this weekend’s All-Star Game in New Orleans. It was his first invite to the February festivities since joining the Cavs in 2014.

In the grand scheme of things, this is not a huge deal for the Cavs. A scope to clear out some debris is standard and in a few weeks he’ll be as good as new.

It’s the in-the-meantime stuff that makes things interesting now. Already without JR Smith, the Love injury takes away another critical-floor spacer who opens things up for Kyrie Irving and LeBron James drives. The Cavs will most certainly struggle a little in the interim… and possibly enough to see that two-game lead over Boston turn into a deficit.

Of course, the Celtics have to keep their end of the bargain here and keep on winning. They can’t let up against Philadelphia or Chicago. They should be motivated to take this opportunity and climb to the top of the regular season mountain.

Now comes the next obvious question: Should the Celtics become aggressive buyers and go for it right now? The Cavs are vulnerable, the Raptors have a lot of ground to cover, and there’s a little bit of a window for the team to use its assets now to acquire established talent, shore up a few deficiencies, and make a run to securing the top seed.

Of course, Ibaka would have been one of the targets. Jusuf Nurkic was another possibility, but he was just traded to Portland. Big-man options are dwindling… but there may still be options for Ainge.

Or… he could stay the course and let this team continue to jell, see how far they go, and strive for a bigger move this summer. If the thought is there’s no beating the Warriors or even a full-strength Cavs team, the Celtics might just roll the dice with what they have, maintain their discipline, and go for the BIG move later.

It’s a tough call. There is opportunity right now… but that will also exist next year IF these performances we’re seeing from various improved Celtics are actually signs of progression and not single-season one-offs.

The choices just got more difficult with Toronto making its move and the Cavs suffering a setback.

So… what will Danny do?