Popovich continues to sound off against President Trump 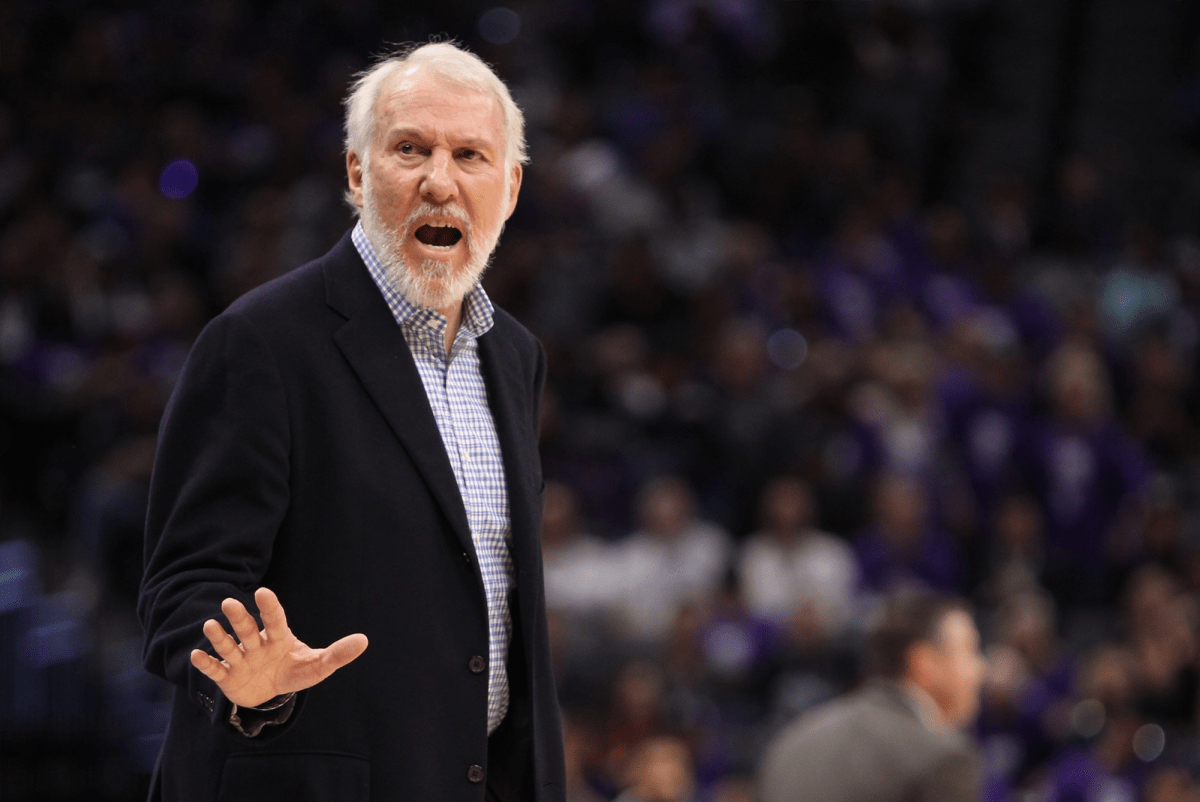 Spurs head coach Gregg Popovich has never been afraid to speak his mind. Popovich is known for his curt in-game interviews, but he has regularly criticized President Trump and his supporters in lengthy statements to the media.

Before Monday’s game against the Pacers, Popovich was asked about the perspective he gained from growing up near the African-American community of Gary, Indiana, and the Air Force Academy graduate took the opportunity to speak about President Trump again.

Pregame comments from #Spurs HC Gregg Popovich, who will not be defined as just a basketball coach. pic.twitter.com/qbm66aGbZQ

“There will be some people who will say, ‘Just go coach your basketball team’,” Popovich said. “Just go do this, go sing your song, just go run the football, whatever it might be.

“We all hope President Trump is successful, we hope he does some good things for everyone,” Popovich said. “He didn’t start the presidency by mollifying any groups he disparaged during the campaign. He didn’t say anything about women, or black people, Hispanic people, LGBT people, handicapped people — he acted like it never happened. So, that willingness to do whatever was necessary to get elected, to say and act the way he did, I thought it was unacceptable. Really disgusting. Even people who voted for him can see that, but for some reason they feel they can ignore that and forgive him. His personality — the inability to get over himself — informs his words and his decisions, and that’s what’s scary.”

Popovich has criticized President Trump in the past, and has repeatedly made Trump’s character, personality and competence the focus of his criticism. Rather than bring up policy issues, Pop points to non-partisan problems he has with Trump and his administration.

When asked a few weeks ago about the president’s executive order banning travel from seven majority-Muslim nations, Coach Pop expressed concern that the policy was not implemented in an organized way.

In comments to the media a few days after the election, Popovich called the president’s campaign racist, xenophobic and disrespectful, and said the scariest part was that people ignored that to elect Trump. He ended the six minute speech by saying, “My final conclusion is, my big fear is, we are Rome.”

Reporters have learned that asking Popovich about the new president will often elicit a newsworthy response, and it seems unlikely that the 68-year-old will “stick to sports” in his comments to the media as Trump pushes to deliver on his most controversial campaign promises.

Trump has used Twitter to attack prominent critics from Gold Star parents to lawmakers to Saturday Night Live. After Meryl Streep criticized him in a Golden Globes acceptance speech, he called her “one of the most over-rated actresses in Hollywood.”

The President couldn’t possibly respond to every celebrity that has voiced opposition to him, but the media spotlight on NBA critics like Steve Kerr, LeBron James and Popovich will get bigger and brighter as the playoffs approach.

The Warriors, Cavaliers and Spurs are the three championship contenders this season, and any comments about Trump during or after the NBA Finals might be magnified to a point where the President himself will respond. The ceremonial championship team visit to the White House would be awkward or possibly even boycotted.

The president can ignore the absence of 2 out of 52 players, especially when he is friendly with the owner, head coach and quarterback, but an organized protest by Popovich and the Spurs or anyone else will be difficult to brush aside.

Trump called Popovich a great coach at a campaign fundraiser in San Antonio, but he also called Meryl Streep one of his favorite actresses in 2015. It’s entirely possible that the leader of the free world will tweet an insult at the Spurs’ head coach sometime soon, but Pop doesn’t seem too concerned about that. He doesn’t even have a Twitter.

Cornerback Janoris Jenkins won his game of tag with the Los Angeles Rams last season. So did Trumaine Johnson, but in a different way. The...