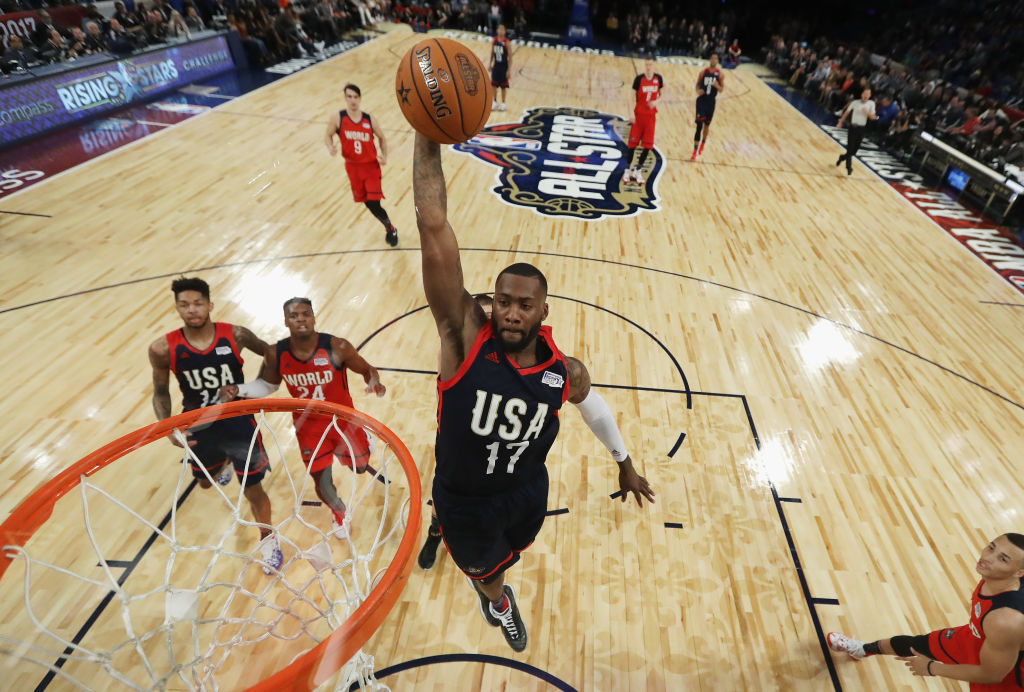 Team USA may not have come away with the win to wrap up All-Star Friday night, losing 141-150 to the World team, but San Antonio Spurs guard Jonathon Simmons made an impact on the night’s festivities.

Simmons came off the bench, but began to contribute immediately as soon as he entered the game with a mid-range jumper, a rebound and an assist.

Then he put on a show.

Simmons threw down a reverse dunk off a Malcolm Brogdon lob, darted through the defense for a two-hand slam and dribbled past towering defenders for a layup. By the end of the first half, Simmons lead the USA squad with 12 points.

He continued in the second half, earning some extra minutes and came up with a big swat at the rim, wiping away an easy layup attempt.

Simmons, who garnered the respect of his teammates and TNT’s broadcasters for his high-energy style in an environment known more for little to no defense, finished the game with 19 points, four rebounds, two assists and one blocked shot.

The USA team was led by Charlotte Hornets center Frank Kaminsky, who piled on 33 points and drilled nine of 13 three-pointers late in the game when USA looked to close the gap.

The game’s MVP was Nuggets rookie Jamal Murray, who went on a tear with a three-point shooting display late. His 36 points and 11 assists pushed him past hometown favorite Buddy Held.