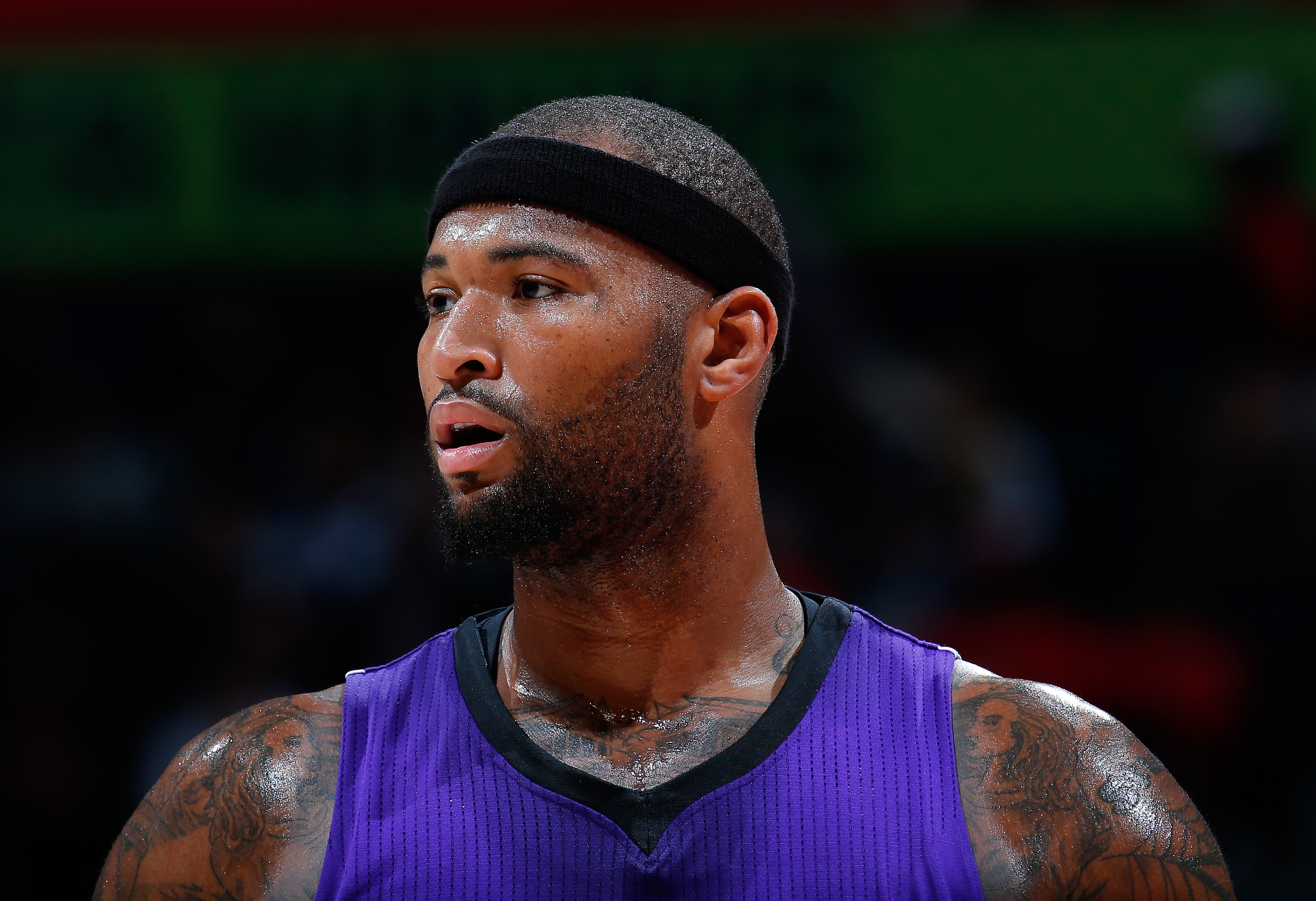 DeMarcus Cousins is joining Anthony Davis in New Orleans, creating an epic unicorn duo that could dominate with superior size and skill.

In order for us to end on a high note, we must start with the low. For a Sacramento Kings franchise that has grown accustomed to losing over the last decade, is this rock bottom? And for a New Orleans Pelicans team that has suffered no shortage of misfortunes since drafting Davis, are they finally about to become playoff mainstays? Who are the inadvertent winners and losers?

Since the Kings currently sport the 11th-worst record in the NBA, the Bulls’ brass likely entered the All-Star break believing it had a decent shot at commandeering Sacramento’s first round pick (top-10 protected) in a loaded 2017 draft class. Chicago can kiss those hopes and dreams goodbye. Five clubs (Portland, New Orleans, New York, Dallas, Minnesota) are within two games of Sacramento (24-33). Meanwhile, Philadelphia (21-35) and Orlando (21-37) aren’t that far behind, and even L.A. (19-39) and Phoenix (18-39) could potentially finish with more wins than the (tan)Kings. A second-to-last-place finish is certainly not impossible, and so Chicago goes home with a steak knife (2018 second round pick) instead of a new car (2017 first round pick).

In all fairness, losing is part of the plan here. However, since some of the logic behind this trade involves Sacramento keeping a 2017 first round pick rather than sending it to Chicago, the Kings have put a lot of pressure on themselves for this upcoming draft. After all, it’s entirely possible that Sacramento would’ve kept their own selection for this summer simply by falling one spot in the overall league standings. Now the best case scenario for the Kings (besides the NBA stepping in) involves New Orleans failing to make the postseason and Sacramento walking away with two top-14 picks in a stacked 2017 draft class. Of course, there’s also the fact that Philadelphia possesses the right to swap first round picks with Sacramento this summer. Therefore, a total plunge in the final 25 games could benefit the 76ers more than themselves. Furthermore, Philly will receive Sacramento’s first round pick in 2019. The Kings can’t expect to build much around Willie Cauley-Stein and Buddy Hield without hitting home runs in the 2017 and 2018 drafts. Maybe this ends up working out for Vlade Divac and company in the end, but it’s hard to justify the idea that the previous best-case scenario (keeping Cousins and owning a top-10 pick in 2017) wasn’t preferable to the new one.

Whether you buy the scuttlebutt saying the Sixers received a similar offer from New Orleans for Jahlil Okafor (and I do not), this trade stands to benefit Philly almost as much as it does New Orleans. That might sound crazy. But the Kings are reportedly releasing Matt Barnes and may buy out Langston Galloway and/or Tyreke Evans. There’s no telling what will happen next, but it seems safe to assume the Kings will be losing a lot in March and April. This means more ping-pong balls for Philly come May 16. And if that weren’t enough, the owed 2019 first round pick should be a whole lot sweeter as well. It was much easier to envision the Kings drafting a stud this summer to pair with Cousins than it is to imagine Divac rebuilding a semi-respectable team by 2019.

Anthony Davis has always been forthright about his distaste for playing center. Now the Pelicans have a five who’s worthy of starting alongside A.D. for the first time since Robin Lopez patrolled the paint back in Anthony’s rookie year. Defensively, Davis won’t have to bang with the bigger bodies anymore, and instead can focus on doing what he does best: swatting shots as a help defender and wreaking havoc in the passing lanes without worrying about being out of position for a rebound or leaving the rim unprotected. Cousins isn’t an elite rim-protector, but he’s certainly serviceable and strong enough to hold down the fort inside.

Unlike Alexis Ajinca, Omer Asik, and Robin Lopez, Cousins can also splash from beyond the arc with ease (1.7 per game on 35.4 percent). Buddy Hield and Langston Galloway accounted for 3.4 of the 9.4 three-pointers per game for the Pelicans. That’s over 36 percent of the team’s offense from three-point land, so in order for the Pels (currently 13th in treys per night) to maintain their middle-class status from behind the line, Cousins, Jrue Holiday, E’Twaun Moore, Solomon Hill, Omri Casspi, Anthony Davis, and others must carry their weight. Spacing concerns aside, the offensive triumvirate of Davis, Cousins, and Holiday should be scary.

Israeli combo forward Omri Casspi is the sprinkles on top of this King Cake. And Tim Frazier is an upgrade at backup point guard over Tyreke Evans. Per nbawowy.com, the Pelicans are better on both ends when Frazier is on the floor and Evans is off (-3.2) than they are when Evans is on and Frazier is off (-6.2). I’ll also go out on a limb and say that Frazier has faced more first teams than Evans since the former D-League MVP was starting to begin the year while Holiday and Evans were out of the lineup.

It’s a shame that recurring injuries, a lame jumper, and a lack of development stifled a former Rookie of the Year’s career, but this appears to be the case. Sacramento might buy out Tyreke’s contract, and it will be interesting to see if there’s another team out there that’s willing to take a chance on him (even if it’s just for the rest of the year) should he become available.

New Orleans took back-to-back losses during All-Star Weekend when Jamal Murray overshadowed Buddy Hield in the Rising Stars showcase and Eric Gordon won the three-point contest. Then came Sunday night, an evening Pelicans and Kings fans won’t soon forget, though for very different reasons. The Pelicans don’t exactly have an easy schedule down the stretch, but only 10 of their 25 opponents are above .500. New Orleans has three more matchups with the eighth-seeded Denver Nuggets, two versus the 10th-placed Portland Trail Blazers and 11th-placed Dallas Mavericks, and one against the 12th-placed Minnesota Timberwolves. In all likelihood, the race for the final playoff spot and a first round playoff date with the Golden State Warriors features these five teams, thus making those eight aforementioned games exceedingly important for the Pelicans. With Davis, Cousins, and Holiday in the fold, the future appears bright in the Big Easy. It’s a shame we can’t say the same about Sacramento.