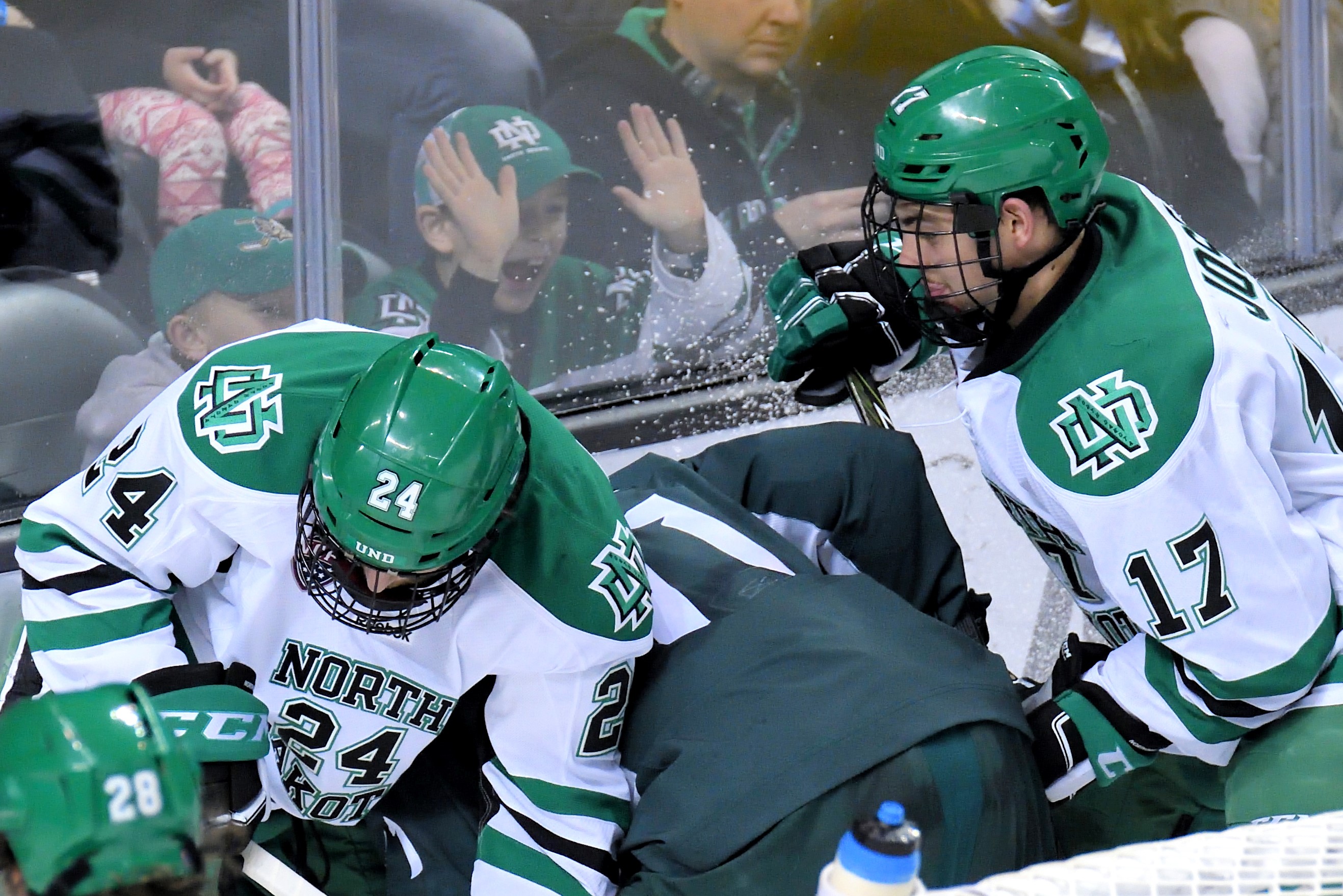 In the third period of last night’s game, the action was fast and furious. At the 4:04 mark of the third period, Hawks defenseman Christian Wolanin gave the hometown team a brief lead, 4-3 UND.  The Hawks lead would evaporate four minutes and 25 minutes later with a goal from Fredrik Olofsson. Tie game, once again.

Earlier in the night, I tweeted, “At some point, UND’s top players like Gersich, Boeser, and Jost could break out. No time like the present”

At some point, UND's top players like Gersich, Boeser and Jost could break out. No time like the present, right?

On Friday night, the Hawks got a must-needed boost from their top players. The top line had an impressive showing, Jost scored two goals and three points. Boeser broke a nine-game goalless streak scoring two goals and two points. After going six games without scoring a point, Boeser has now scored six points in the last four games.