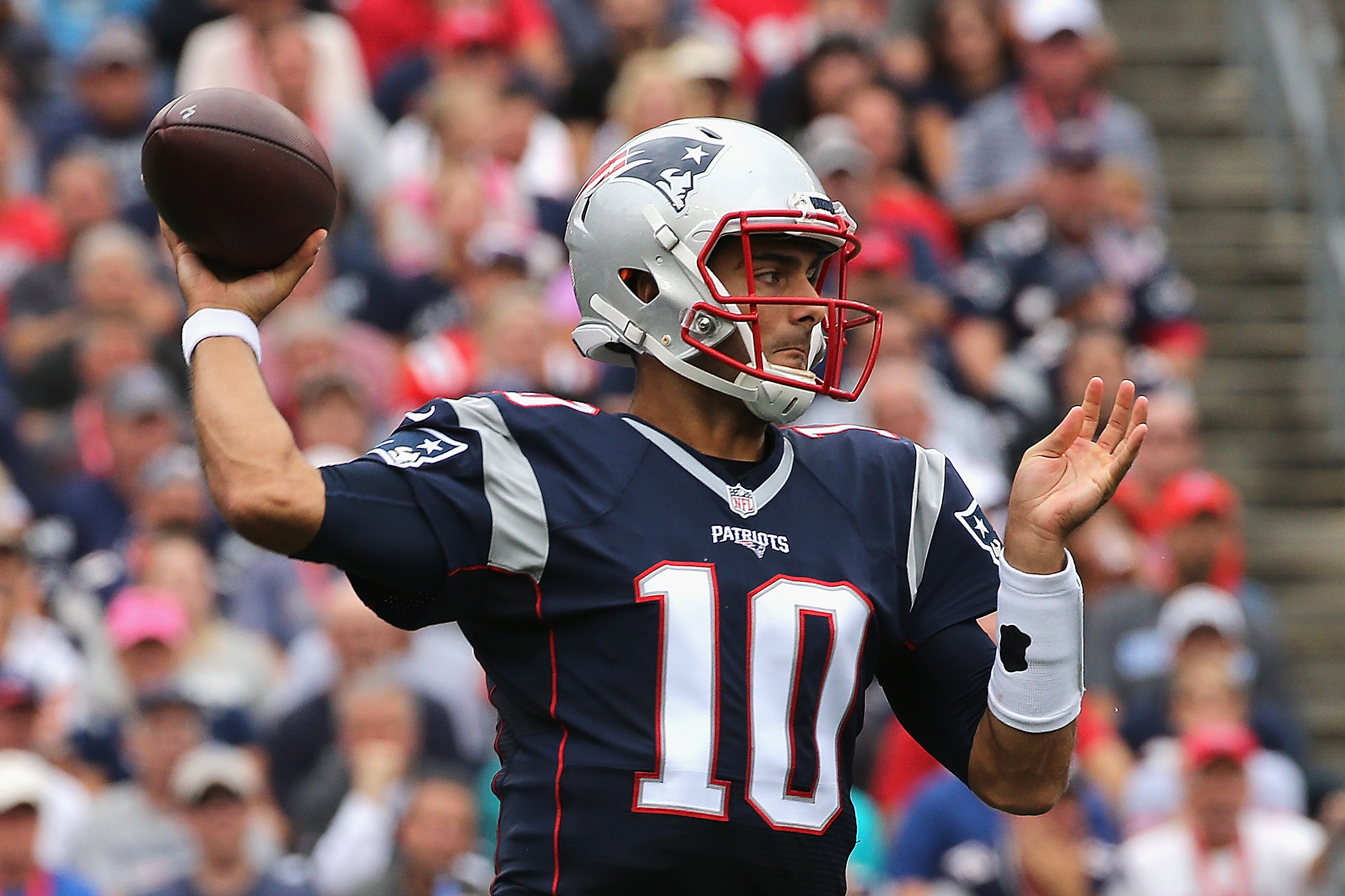 This offseason, probably more than any other, is setting up to be one of the craziest ever for the quarterback market.

Kirk Cousins and Jimmy Garoppolo are all the rant and rave right now, but Tony Romo, Jay Cutler, Colin Kaepernick, and Mike Glennon aren’t too far behind. Throw in Ryan Fitzpatrick, Brian Hoyer, Matt Schaub, Josh McCown, Landry Jones, and even Case Keenum, and you’re looking at an offseason that could see as many as five or six new starting signal callers in 2017.

For starters, Cousins and JimmyG seem to be pied pipers of the group. There seem to be only two clear choices for Kirk Cousins, stay with the Redskins or end up a 49er either this year or next. According to ESPN, Kirk wants out of Washington:

For the past couple of years, former Redskins officials who know Cousins have said he really doesn't want to be in Ashburn. He wants tag.

At this point, it seems clear that either Kirk stays under a franchise tag (for the second year in a row) in Washington, and is then free to leave anywhere in 2018, or, he gets traded to San Francisco where his former offensive coordinator is now the head coach, Kyle Shanahan.

With Jimmy Garoppolo, things aren’t as clear. Cleveland, Chicago, and San Francisco seem the most likely landing spots, however the Patriots are in a situation where they are looking at a 40-year old Tom Brady playing QB next season, and trading away a 25-year old Garoppolo who looked good in the game and a half he played. Yes, they do have Jacoby Brissett, but let’s be honest, Jimmy has sat for three seasons under Brady; he knows the offense and the Patriots way of football.

People are hoping Garoppolo will be to Brady what Rodgers was to Favre, and what Young was to Montana- the next in a line of succession.

If for whatever reason both Kirk and Jimmy stay, then Tony Romo and Colin Kaepernick come into play. You could see a situation where a team like the Denver Broncos, who were really a QB away from being a Super Bowl contender, are making a run at Romo. Both Kaepernick and Romo could also be replacements for Cousins should he leave. Hoyer and Schaub have been mentioned as possible landing spots as starters or backups in San Francisco.

Jay Cutler’s time in Chicago appears to be over, which means the gunslinger will be a free agent, unless someone makes a trade for him, which is doubtful. If Cutler can’t find a home to start, you could see him backing up an up-and coming star like Marcus Mariota in Tennessee.

Mike Glennon could be a diamond in the rough for a team that doesn’t want to use up their high draft picks, or pay too much money for a top QB name. Glennon has played well in the chances he’s gotten.

Ryan Fitzpatrick, Josh McCown, and Case Keenum all should land backup roles somewhere. Geno Smith will find a place to compete for a job somewhere, and then there is Buffalo, where Tyrod Taylor could be out as the starter.

If that happens, throw him into the insane 2017 quarterback offseason.

By September, you could see 5-7 teams with new starting QBs, the list of which could include:

Just to humor ourselves, we’ll come up with an offseason prediction at some point, but for now, we believe that a couple of moves that will happen are that Cousins will be a 49er, Romo and Cutler will be released, and Kaepernick will be a starter at one of the franchises named above.

But until then, we can only wait and see what happens.