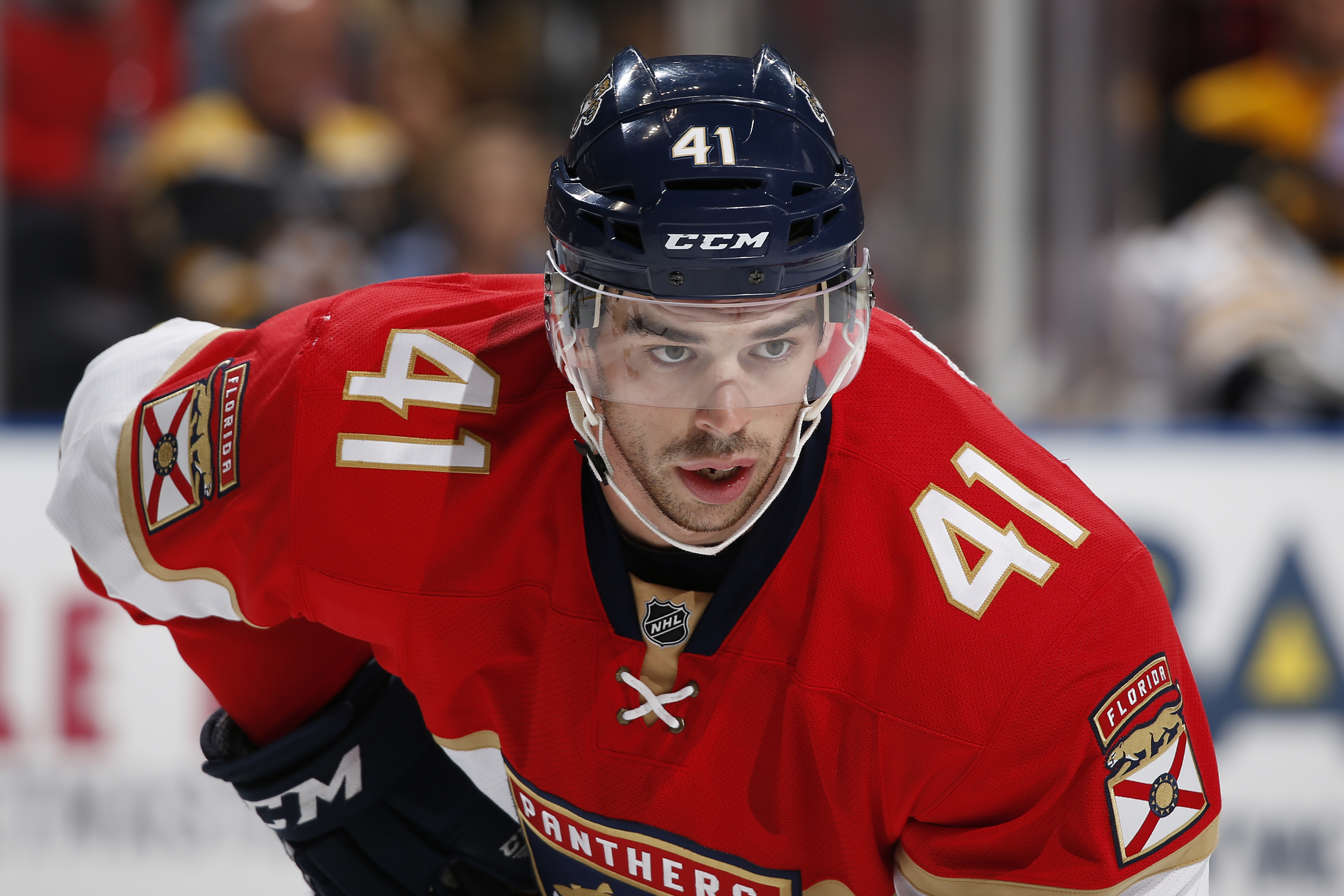 The Tampa Bay Lightning have claimed forward Greg McKegg off waivers from the Florida Panthers. GLENDALE, AZ – JANUARY 23: Gregg McKegg #41 of the Florida Panthers skates with the puck during the third period of the NHL game against the Arizona Coyotes at Gila River Arena on January 23, 2017 in Glendale, Arizona. The Coyotes defeated the Panthers 3-2 in overtime. (Photo by Christian Petersen/Getty Images)

McKegg, 24, has played in 31 games with the Panthers this season, collecting three goals and six points to go along with 11 penalty minutes. The St. Thomas, Ontario native has set career highs this season for games played, goals, assists (three), points and penalty minutes. McKegg has appeared in 50 career NHL games over the span of four seasons with the Panthers and Toronto Maple Leafs, posting five goals and eight points.

The 6-foot, 191-pound forward has also skated in seven games with the Springfield Thunderbirds of the American Hockey League, recording two goals and four points. McKegg has played in 244 career AHL games with the Thunderbirds, Portland Pirates and Toronto Marlies, registering 62 goals and 135 points to go along with 116 penalty minutes.

McKegg was originally drafted by the Maple Leafs in the third round, 62nd overall, at the 2010 NHL Draft.

For the Redskins, the alt-Kirk Cousins future is a bizarre picture

QUESTION: We expect the Redskins to franchise tag Kirk Cousins tomorrow, March 1. A Facebook friend asks this question on one of the Redskins fan...