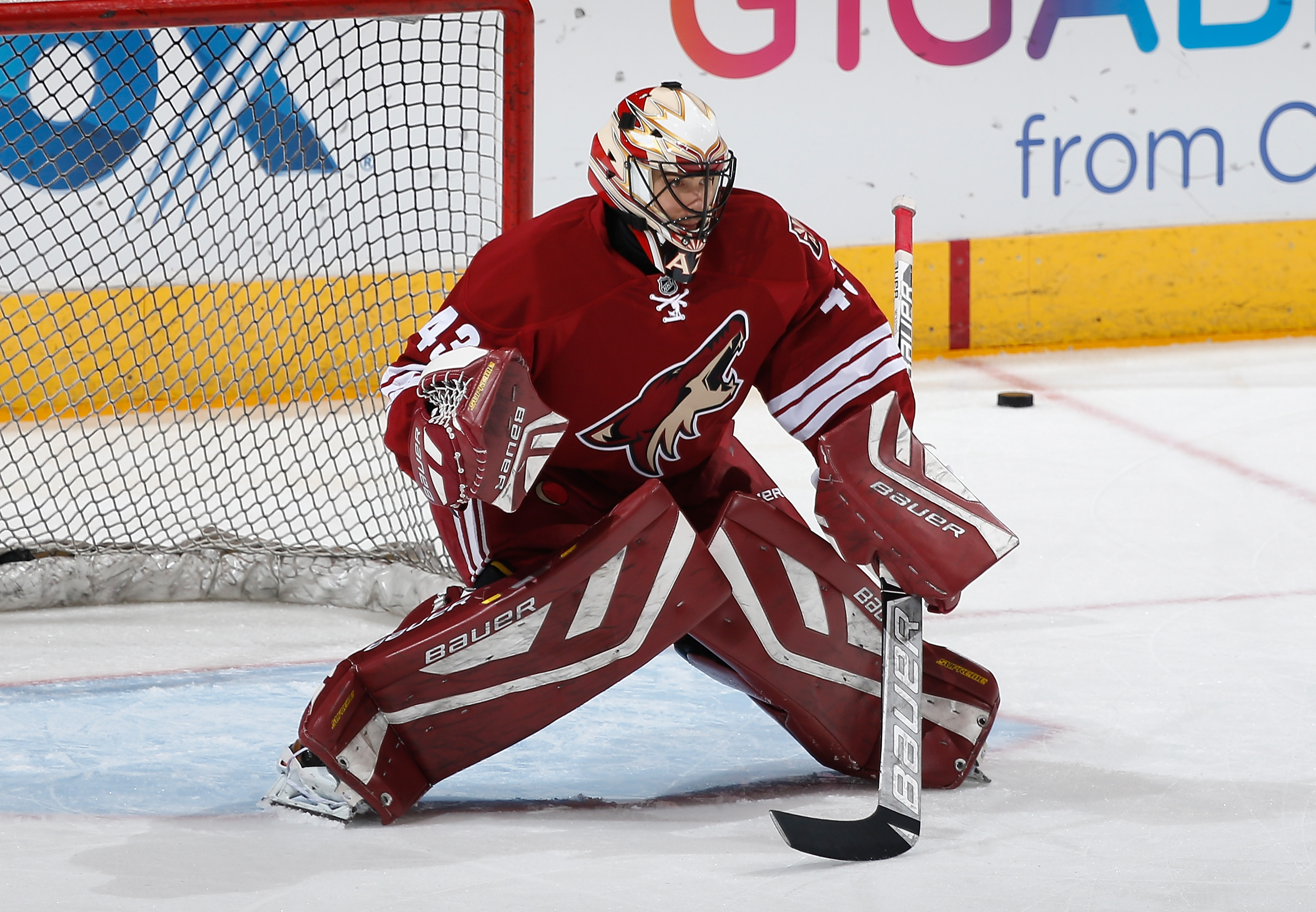 NEWARK, NJ – DECEMBER 02: Goalie Mike McKenna #40 of the New Jersey Devils makes a save during a hockey game against the Montreal Canadiens at the Prudential Center on December 2, 2010 in Newark, New Jersey. The Canadiens won 5-1. (Photo by Paul Bereswill/Getty Images)

A native of St. Louis, Missouri, McKenna has played in 22 career NHL games with the Lightning, New Jersey Devils, Columbus Blue Jackets and Arizona Coyotes. He made his NHL debut with Tampa Bay on February 3, 2009 at the New York Islanders in a relief effort.

McKenna, 33, was drafted by the Nashville Predators in the sixth round, 172nd overall, of the 2002 NHL Draft.