Recap: Behind Bradley's Defense, Celtics Squeak by the Defending Champs 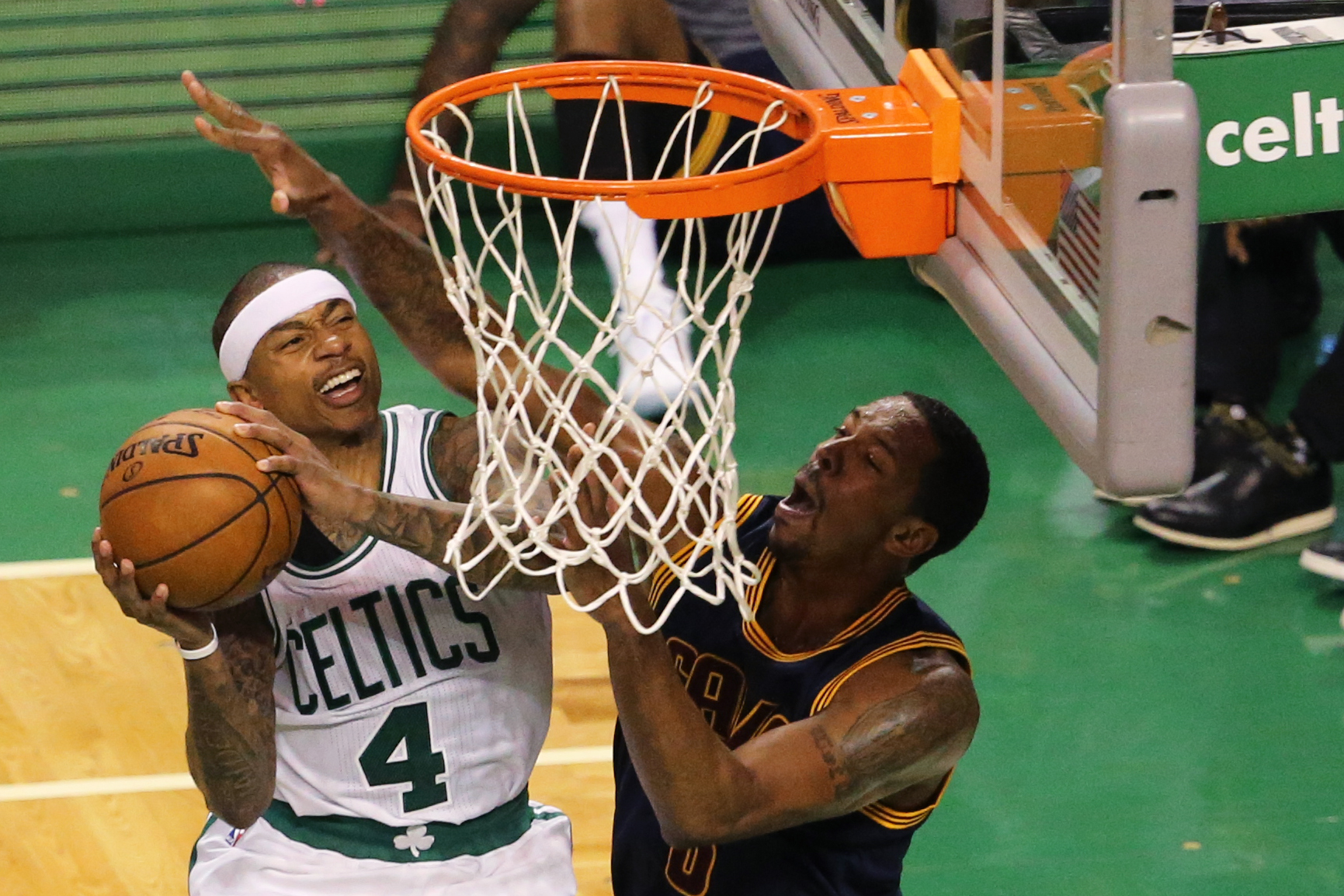 Recap: Behind Bradley's Defense, Celtics Squeak by the Defending Champs

In a matchup between the top teams in the east and a potential conference finals preview, the Celtics emerged with a 103-99 victory. Between clutch shooting and timely defense, Boston overcame big performances from Lebron James and Kyrie Irving. It may have been the biggest win of the season, as the Celtics improve to 39-22 and sit three games behind Cleveland in the conference standings.

Both teams opened the game with intensity. Cleveland looked to reaffirm its power in the eastern conference, while Boston hoped to send a message to the perennial favorite. The garden crowd — featuring Bill Belichick, Aly Raisman, and Floyd Mayweather — was on its feet from the start.

Lebron James controlled them pace from the start, exploiting mismatches, driving to the basket, and setting up teammates for open shots. He had 16 points, 8 rebounds and 5 assists in the first half. Boston’s swarming defensive rotations had few answers throughout the night. Derrick Williams added 10 first half points on 4/4 shooting.

The Cavaliers have been Al Horford’s kryptonite over the last few years. He had only four rebounds in the last matchup, but came out aggressive tonight, grabbing 6 rebounds and dishing 7 assists in the first half. Brad Stevens frequently went to Marcus Smart in the post, as he contributed 6 points and 3 assists in the first half. The Cavs led 50-49 at the half, failing to take advantage of the Celtics poor 2 of 13 three-point shooting.

The game remained close after three quarters, with the Celtics getting out to a 74-70 lead. Isaiah Thomas and Kyrie Irving — the two most dynamic little men in basketball — had several dazzling back-and-fourths throughout the third quarter, with Kyrie scoring 15 and Isaiah scoring 11. Cleveland only shot 7 of 23 in the quarter, but got to the free throw line and made several key stops, thwarting any potential Celtic run.

In a rare event, Isaiah missed two free throws at the 9:30 mark of the fourth quarter, and Lebron responded by drilling a contested three, giving the Cavs a 79-76 lead. The Celtics came right back with a Jaylen Brown three, and Richard Jefferson answered the answer, hitting a tough three himself. You could tell this would be a nail-biter.

Boston took an 83-82 lead on a Jae Crowder three at the 7:13 mark, but Lebron responded with a ferocious dunk. After a Deron Williams layup made it 86-83, Jerebko nailed a three to tie the game at 86. This team never quit.

On the Celtics most pivotal offensive possession of the evening, Isaiah dribbled the ball through double teams for 20 seconds, then found Bradley for the open three-pointer. The Celtics hit six 3’s in the fourth quarter, and led 96-94 with 1:09 on the clock.

But out of the timeout, Cleveland Coach Tyrone Lue drew up a beautiful side-out play (Brad Stevens-esque, I must say), setting up Kyle Korver for an uncontested three and giving the Cavs a 97-96 lead. But everyone knew what time it was (**taps wrist**). The Celtics sent Isaiah off a series of screens, and he drilled a 30-foot, straight-on three, putting Boston ahead 99-97. With 28 seconds remaining, the Cleveland had the ball down 101-99.

The Cavs isolated Kyrie Irving on the right side of the floor. He initially had Thomas guarding him, but Avery Bradley switched on and played incredible defense, forcing a tough shot leading to a Celtics rebound and Cavs foul. That defensive play sealed the game — welcome back Avery Bradley. There were countless moments where the Celtics could have relinquished the lead, but they stayed resilient, and secured the upset victory. They host Cleveland once more on April 5th.

The problem that never escapes the Celtics: defensive rebounding. To make matters worse, you then must defend a 6’8″ freak at the rim.

LeBron James PUNCHES the dunk and takes a charge on the other end.

And here, Lebron nearly collides with Bill Belichick… somehow, he got Bill to smile:

Isaiah finished with 31 points on 10/20 shooting. But tonight was about Avery Bradley. Out for 20+ games, Bradley showed his 1st-team all-defense chops, locking up Kyrie Irving on the biggest defensive possession of the night. He only finished with 11 points in 22 minutes, but his clutch defense and shooting put the C’s over the top.

Avery Bradley with some tight defense on Kyrie….

Health and Fitness 42m ago