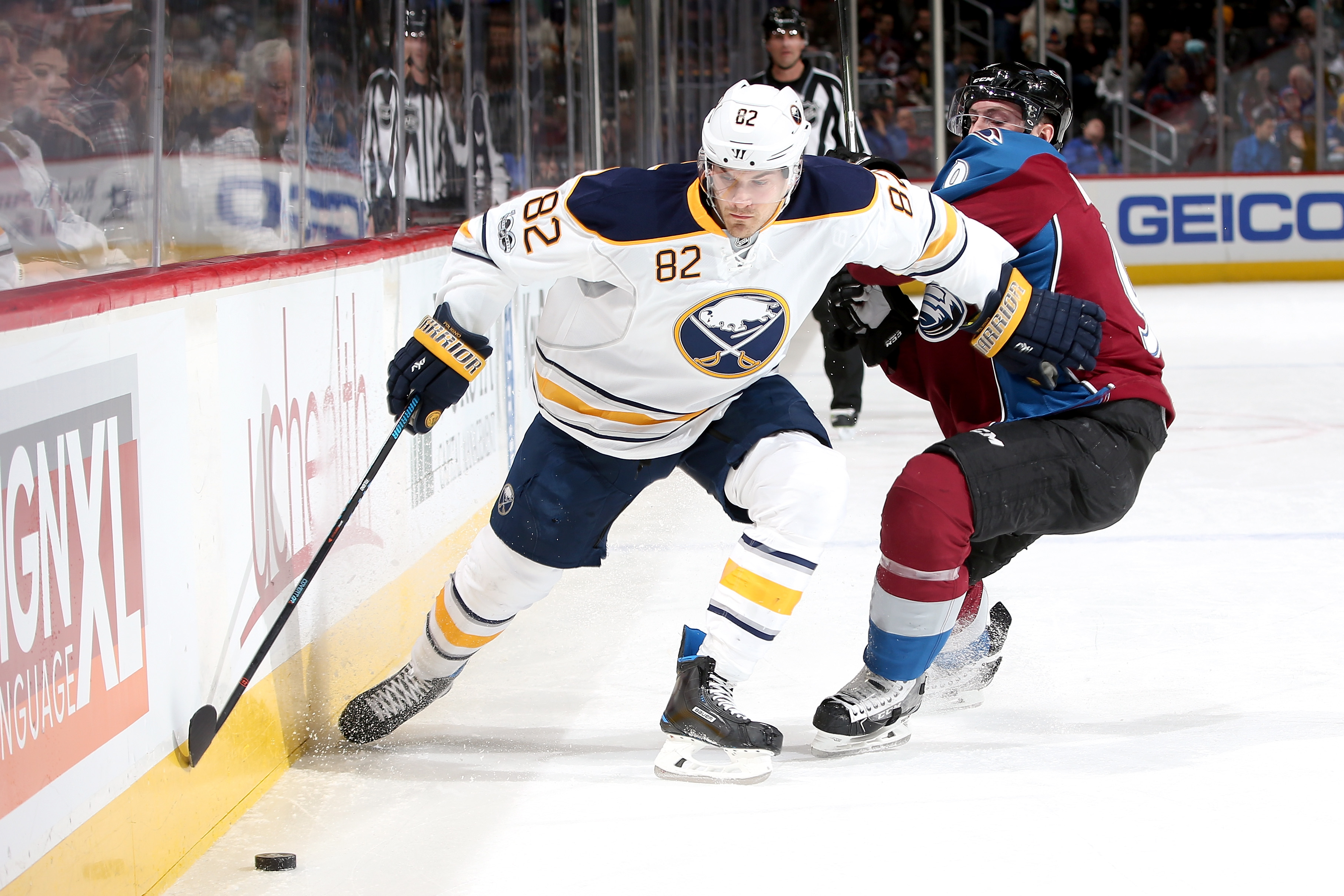 Last weekend’s dispiriting back to back losses to the NHL’s cellar dwellers put the doornail in the Sabres playoff hopes, so we turn our attention to the trade deadline. The Sabres, if they’re smart, should take advantage of a seller’s market and get some assets for their players on expiring contracts. Barring any shockers, here are the Sabres names that will be discussed leading up to the Wednesday deadline. 3 PM is the official deadline, but there’s always a lineup of calls to the league office in the last minutes, so news will keep rolling out for about a half hour afterwards. In any case, get ready for the takes.

Cody is not the most well liked Sabres defensemen, but with Kevin Shattenkirk off of the market, he makes sense as a puck-moving power play specialist for a playoff contender. Anyone with eyeballs can see he’s not the best skater in the NHL, but he does make crisp outlet passes and provides some pop in the offensive zone. The Sabres should be happy with whatever they get for him – probably a mid-round pick.

There’s a belief among Sabres fans that Tim Murray is attached to ‘his’ guys, giving roster spaces to players he had a hand in acquiring rather than better players he inherited from Darcy Reiger. I’m not really sure where this idea came from, besides idle speculation, the fact that he cleaned house for the rebuild, and frustration that Nic DesLauriers is still on the roster, but the decision on Kulikov will be a test of the Murray-and-his-guys theory. Kulikov was Murray’s first big acquisition to bolster the defense corps, and it hasn’t worked well at all.

When he has played, he’s been ineffective, which is either due to a lingering injury, a poor fit in the system, or some combination of both. He’s going to be a free agent this offseason, so it makes the most sense to get something for him despite a lost season on ice. But is Murray willing to bite the bullet and ship out his guy? Kulikov has a fairly solid reputation around the league, and I think a second or third rounder wouldn’t be out of the question for his services. The only reason to hold onto him would be to get more time to see if he can fit into the system long term, but it would be a tough sell to a frustrated fan base. I’m predicting there will be teeth gnashing no matter what the decision, so stay tuned.

Gionta is an upcoming free agent, but I don’t see much of a market for him. If you want an older, experienced guy for your playoff run, wouldn’t you go for Jarome Iginla? Gionta is having a better season than Iginla, but his name doesn’t have the same kind of cachet, you know? I’m inclined to believe that the Sabres will choose to hold onto their captain instead of taking whatever tepid offer someone might put up for his services.

He’s a former player’s son. He’s good looking, according to sizable portion of Sabres fans. He seems like a popular player in the locker room – he sticks up for his guys and plays hard. And the team’s twitter account loves to put him in hashtags. But if I were Tim Murray, I’d be looking to trade the upcoming restricted free agent. Guys with Foligno’s size who have even a lick of scoring touch are overvalued in the league, and you could see a playoff contender loving the idea of Foligno in their bottom 6. If some team comes a knocking with an overpayment – a good draft pick or prospect – I’d take it. Murray seems to really like Foligno, though, so I’m thinking the Moose sticks around.

Nilsson has quieted down after a strong first half of the season, quieting the calls for him to become the full time starter. He’s shown himself to be a capable backup, and as an upcoming unrestricted free agent, I wouldn’t be surprised to see Murray take whatever he can get for him in a trade, letting Linus Ullmark take the backup duties for the rest of the season.

The rumors about Evander Kane have been swirling the past couple of weeks, as he’s scored enough to get teams interested despite his off-ice issues. Players like Kane are hard to find: he’s a great skater, plays with an edge, and can score 30 goals in a season. Power forwards are notoriously hard to project coming out of juniors, since their physical dominance doesn’t always translate when they have to play against grown men. So the trade market for a player like Kane is pretty healthy.

Here’s the thing, though: this team has enough trouble scoring on a night-to-night basis, especially when their power play isn’t clicking or doesn’t get opportunities. Shipping out Kane, who has scored all but 1 of his 21 goals at even strength, would considerably weaken an already spotty offense. BUT – but! – there’s never been a better time to get a good return for Kane, whose trade value was likely tanked by his off-ice transgressions. So the Sabres have the luxury of selling high, but they’ll have to be smart about it. Right now, the team’s biggest roster hole is on defense. If they could get a top-level defenseman or a defensive prospect close to breaking through for Kane, the Sabres should consider a deal. But with another year left on his deal and his game really clicking, they can afford to wait and hope he stays out of trouble while keying a playoff run next season. If not, there’s always next year’s trade deadline, where he’ll be an attractive rental.