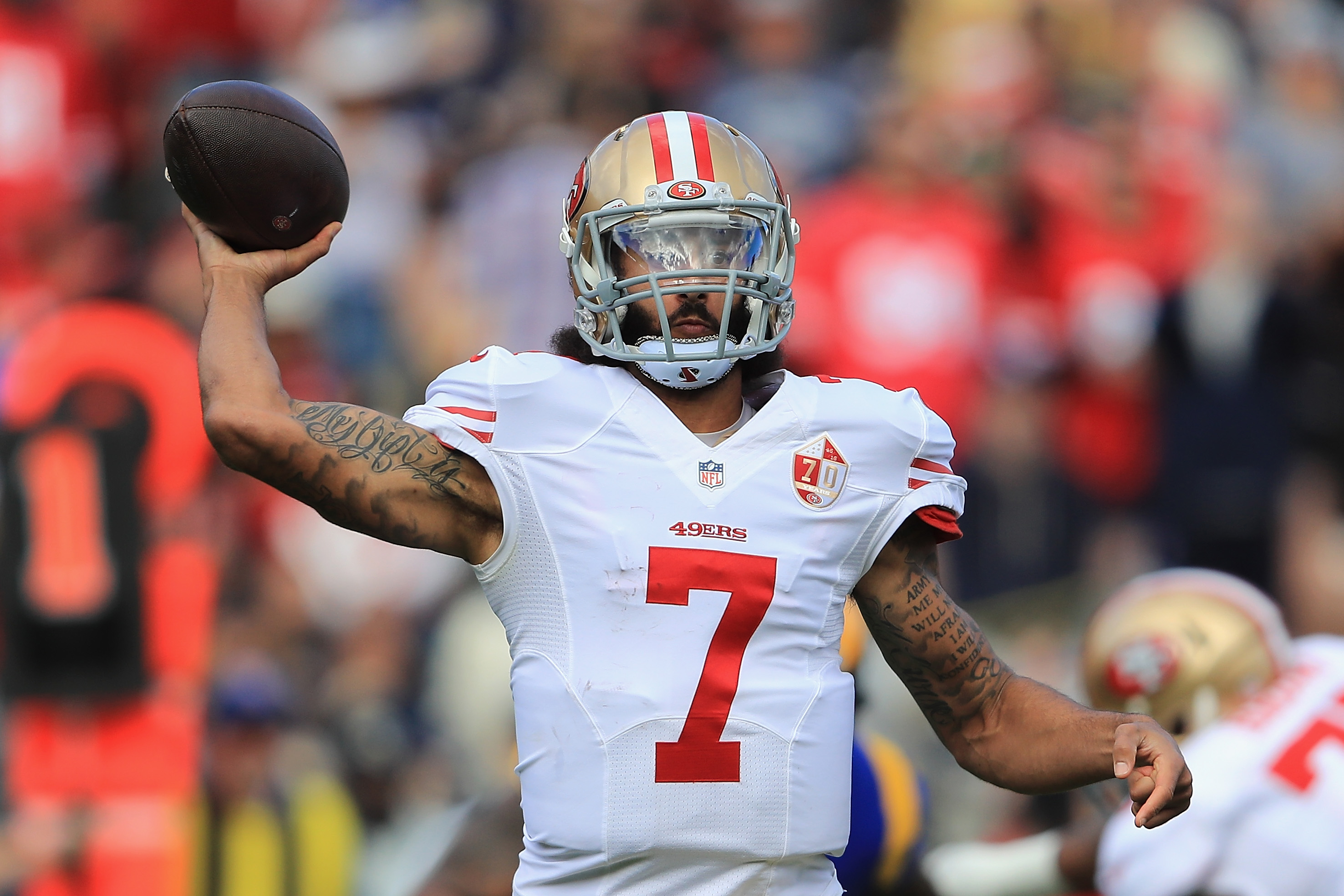 San Francisco 49ers quarterback Colin Kaepernick was one of the NFL’s most polarizing figures last year while he chose to kneel during the national anthem as a form of protest.

The most visible figure at the forefront of this protest, Kaepernick has revealed he won’t do the same next season.

Kaepernick believes there has been positive change in America and doesn’t want to detract from that, so he’ll no longer kneel during “The Star-Spangled Banner” in 2017, Adam Schefter of ESPN reports.

Kaepernick no longer wants his method of protest to detract from the positive change that he believes has been created, sources told ESPN. He also believes the amount of national discussion on social inequality — as well as support from other athletes nationwide, including NFL and NBA players — affirmed the message he was trying to deliver.

Detractors will point out Kaepernick is about to be a free agent and will need to negotiate with teams on a new contract, if not a starting role somewhere. Backing off a polarizing issue looks like a way for him to maximize his value.

At the same time, though, Kaepernick has walked the walk outside of football as well, supporting this cause by leveraging his status as an NFL player. Whether he stands or not, his work off the field won’t cease.