Deadline Day Puts a Dent in GMTM’s Reputation by @LukeWachob 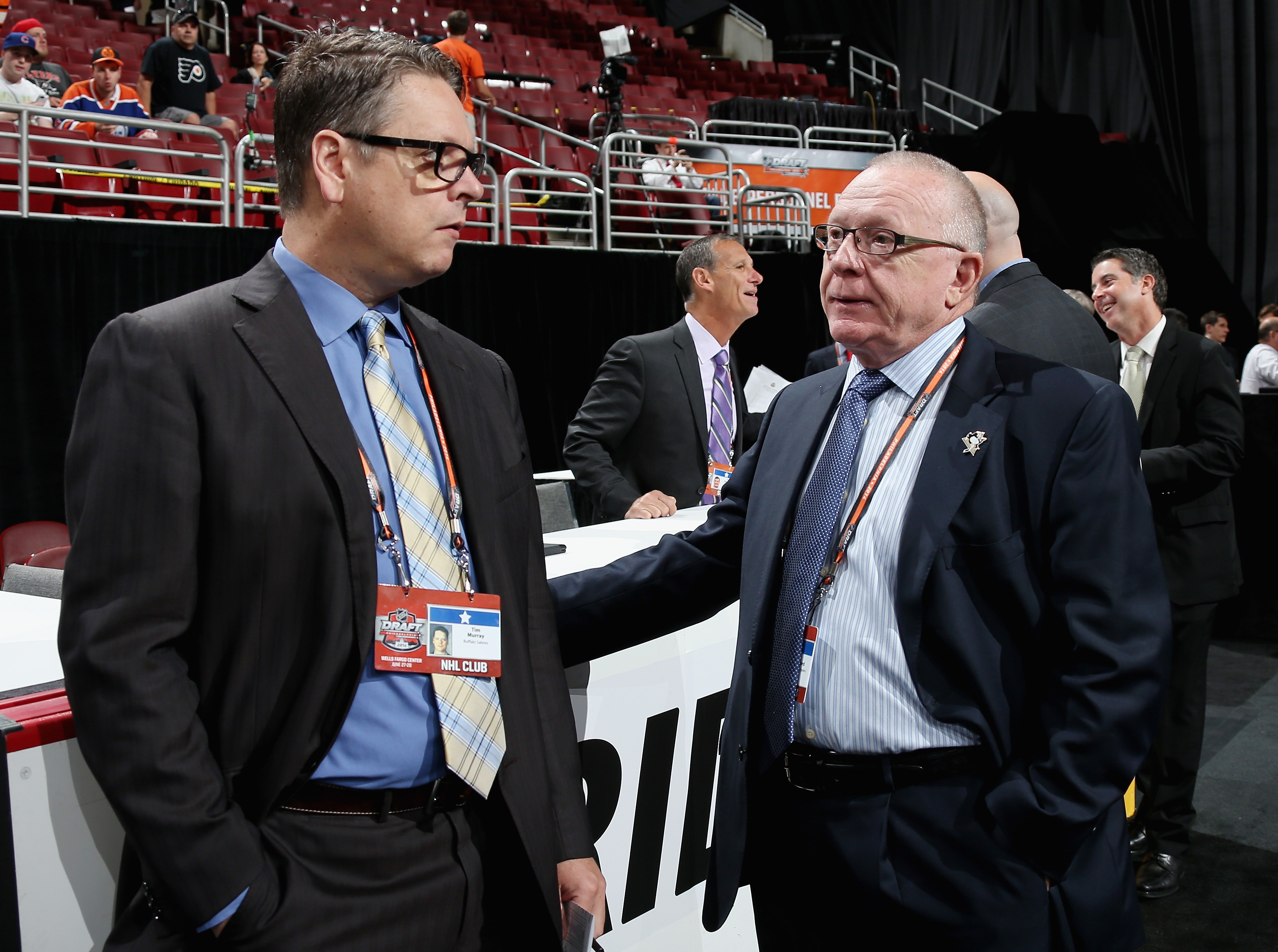 Deadline Day Puts a Dent in GMTM’s Reputation by @LukeWachob

After a silent trade deadline during a grueling season, Sabres GM Tim Murray – arguably the most popular front-office figure in Buffalo sports – is due for a reevaluation. It might not be a kind one.

Murray won legions of fans upon arriving in Buffalo. His candidness about the team’s direction and willingness to make bold trades were welcome departures from his predecessor, Darcy Regier. But several years into his tenure, Murray is looking more and more like Regier and other NHL GMs, and less and less like the maverick we thought he was.

Not only was Murray silent at the deadline, he was silent all season on the trade front. He didn’t get help when Jack Eichel went down before opening day. He didn’t bolster his defense corps despite obviously needing to do so. When confronted with his team’s poor performance by reporters, Murray would admit disappointment, but mostly he blamed injuries. When asked about possible trades, Murray was quick to say he was listening to offers but not actively shopping.

What else can we draw from this but that Murray was generally satisfied with his roster, at least for this year? That feels deceptive after an offseason where fans, media, and the team itself seemed to agree that competing for a playoff spot was the goal. When push came to shove, the Sabres chose player development over trying to win. Justin Bailey was kept in Rochester most of the year, and Brendan Guhle was kept in the WHL. No picks or prospects were moved out for immediate help. Heck, no veterans were moved out for picks and prospects either. The Sabres simply didn’t choose a path.

In 2014 and 2015, Murray was remarkably honest with fans about where the Sabres were and what they were doing. He may not have said “we’re tanking” but he managed the hell out of our expectations for those bottom-of-the-barrel years. This year, things weren’t so clear. Murray said he wouldn’t mortgage the future for the short-term, but he also talked regularly about how close the Sabres were to the playoffs and said he didn’t know whether they would be buyers or sellers at the deadline through February.

I don’t know that the Sabres ever intended to mislead their fanbase about their expectations for the season – or, more precisely, the apparently nonexistent consequences for failing to meet those expectations. But I think fans could fairly feel misled and a little disrespected that their team’s GM did nothing to salvage a broken season or deliver some entertainment after years and years of miserable hockey. We expected a fun ride, we were sold a fun ride, but when it fell apart and sucked all we got was a shrug.

Even a “wait until next year” philosophy doesn’t explain Murray’s decision not to trade away any of the Sabres’ veterans or unrestricted free agents. I’m not saying he could’ve gotten a lot for Dmitry Kulikov, Cody Franson, Josh Gorges or even Brian Gionta. But getting a conditional 7th round pick for an UFA is better than letting them leave in the summer for nothing. And you would think they could’ve found at least a 3rd or 4th round pick for one of their defensemen.

Murray said he didn’t like the offers he got for Kulikov and Evander Kane. He said Kulikov’s injury problems came up multiple times in discussions with other GMs. He also said he wanted to respect Brian Gionta’s desire to stay in Buffalo. Excuses, excuses, excuses.

Whatever Murray can say about individual players, we should expect some kind of move from a floundering team that hasn’t been to the postseason since 2011 and hasn’t won a playoff series since 2007. No one on this roster besides Jack Eichel should be untouchable. Yet the Sabres never showed much eagerness to explore trades.

Murray’s mindset seems to be that the Sabres are on the right path, if a little behind schedule, and we just need to be patient. But letting UFAs walk for nothing makes no sense and there are glaring holes on the blue line that won’t be fixed by waiting. Murray shouldn’t just be “listening” to offers. He should be actively searching for ways to improve the team. The Sabres aren’t good enough to stand pat.

In refusing to even tinker with a bad team, Murray looks like every other NHL GM too timid to make a move. Yes, that includes Darcy Regier. At least Regier drafted Rasmus Ristolainen and Jake McCabe. The next good defensemen Murray brings to Buffalo will be his first.

GMTM got off to an excellent start in Buffalo, but he had a roster full of players that weren’t his to trade away. Now that most of the team bears his signature, the moves have slowed to less than a trickle. Maybe Tim Murray wasn’t that much of a maverick. Maybe he just plays rough with other kids’ toys.

Murray has a while to go before anyone should seriously consider looking for a new GM. I’m certainly not suggesting that at all. But the boldness that won him his reputation has faded with time, and the wins still aren’t here. Either this team needs to prove they can compete, or Murray needs to prove he’s still willing to shake things up. 13th place in the Eastern Conference isn’t the place to tread water.

A silent season means the Sabres have their work cut out for them this summer. Unfortunately, for the first time in Tim Murray’s tenure, fans have a reason to doubt it will get done.