Giants don't have an interest in Adrian Peterson, per report 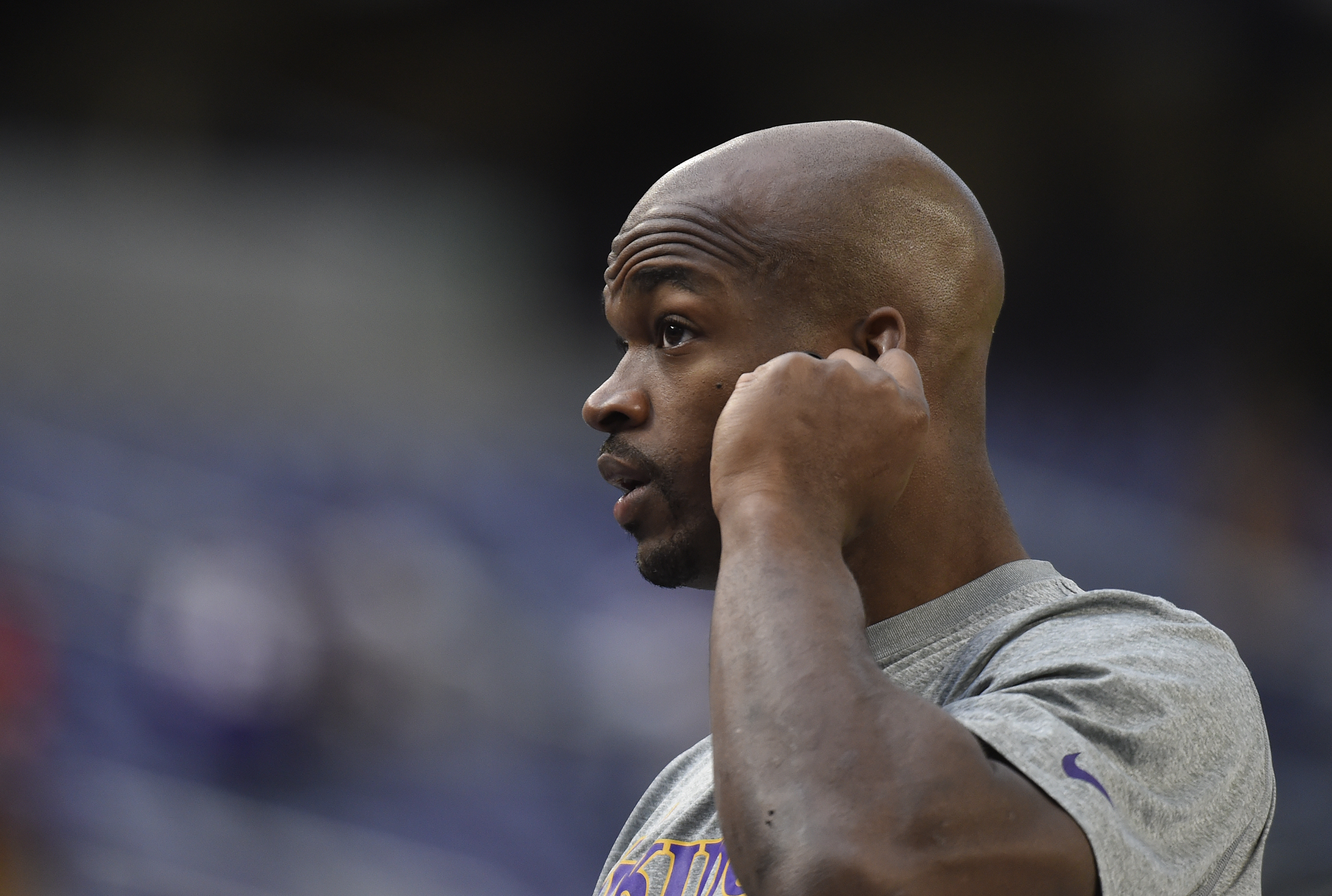 Giants don't have an interest in Adrian Peterson, per report

Adrian Peterson’s days with the Minnesota Vikings are over and the running back is free to pursue teams such as the New York Giants.

The Giants, of course, have to want the veteran running back.

According to NJ.com’s Connor Hughes, the Giants don’t have an interest:

The Giants are not expected to be serious suitors for the future Hall of Fame running back, an individual with knowledge of Peterson’s situation told NJ Advance Media here at the NFL Scouting Combine.

This is a sharp curve in the conversation surrounding Peterson and the Giants, though most of the talk at all came from Peterson.

After all, he’s made his flirtation with the Giants quite public lately:

The Giants been making some interesting moves.

New York might not want to waste time on a running back who is going on 32 years old and could only manage to appear in three games last year, no matter how well known the name on the back of the jersey is.

With other players such as Jamaal Charles on the market—not to mention a deep draft class—the Giants have plenty of options to improve the situation behind Eli Manning.

Running back will be addressed in New York, though not as some might expect given how much Peterson has campaigned for a chance with the team.