NFL Combine Day One Bills Round Up 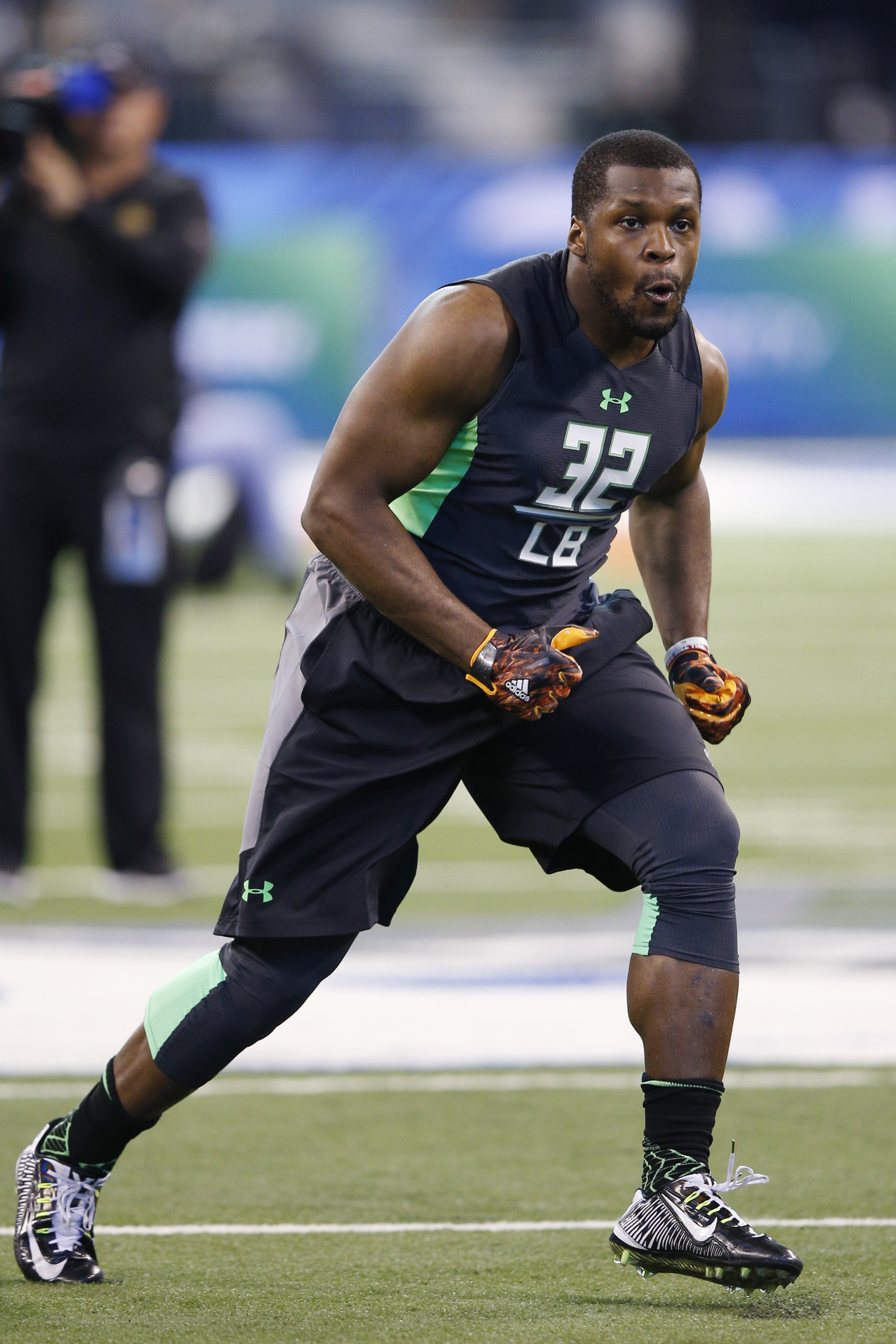 NFL Combine Day One Bills Round Up

With day one of the NFL combine in the books, it’s a good time to reset and take a look at all the Bills-related news that dropped.

One of the first questions asked of the Bills head coach was his decision with regard to the QB position. McDermott stated it may go to the wire in terms of their evaluation of the option the Bills have on the Taylor contract. The Bills coach also mentioned that Cardale Jones would be an option as well, should Taylor be allowed to walk.

While I am a big fan of Cardale (he’s my unicorn, hands off!) I would think that if the Bills are not exploring a rebuild (more below), this week will be a good time to talk to the agents of free-agent-to-be quarterbacks and gauge their interest, as well as their price tag. I’m confident, for what you get with Taylor as your starter, coupled with Dennison’s offense you will not find a cheaper alternative that is better.

Despite that fact, I’m not against drafting a QB even if Taylor’s your guy.

While McDermott does a great job of being surgically succinct in his press conferences, Jay Skurski of the Buffalo News noted that the focus on being competitive in the short-and-long term. This is reflected as Jay notes in the return of Kyle Williams and the assumption that Tyrod Taylor will return as well.

One of the other thoughts I have with regards to rebuilds/tanks et al is the current situation with the Sabres. While I’m no hockey aficionado, seeing them race to the bottom and “only” get the second pick reminds me of the year the Bills got Dareus – a great player in his own right, problems or not – instead of Cam Newton. If you’re going to fail, you better make sure you do so spectacularly or it’s not going to work.

And that’s without the caveat of “the player you take better be worth it too”.

Frazier’s Got the Wheel

During his appearance on the John Murphy Show, McDermott also announced that Leslie Frazier will be calling the plays on defense. They’ll be based out of the 4-3 and “play fast with an attacking defense” and McDermott mentioned his comfort with Frazier and his knowledge of the scheme.

This is encouraging to me because while I personally don’t care if a coach has a specialty he wants to focus on, abdicating 2/3 of the game is not a good look as the CEO. Rex Ryan’s biggest weakness was in that regard in my opinion – completely removing himself from the discussion on offense.

For the first time since Doug Whaley became general manager of the Bills, he has been unavailable to the media for the combine. Vic Carucci did a good job outlining why that is – as a result of the “one voice” philosophy he learned under Andy Reid.

The more I hear from McDermott and the more I see him emulate Reid in terms of organizational structure, the more I like. Now, if he can just get one of those pesky situational coaches to make sure they don’t waste timeouts…

Sal Capaccio was one of the first to announce that Kyle Williams was returning for the 2017 season. Williams carries an 8 million dollar cap hit, which would have been one of the first “canaries in the coal mine” in terms of a rebuild if they had approached the former LSU Tiger for a salary cut or outright release. Williams is not only a glue guy in terms of team leadership and mentoring; he’s also still highly productive going into his 12th NFL season. Kyle’s one of my favorite players on the team, so it’s encouraging that he’ll be able to suit up at least one more year.

No Franchise Tag for Gilmore

Prior to the 4pm deadline coming and going, the Bills made it known that they will not be giving the franchise tag to former 10th overall pick and top corner Stephon Gilmore. As a result, when free agency opens, it is safe to assume Gilmore will be plying his trade elsewhere in 2017. Because the Bills were so far off with Gilmore’s evaluation of himself as a player (they wanted to give around 11 million, he wants 15+) this wasn’t a surprise. What was a surprise was the fact that the Bills knew this going into the season and didn’t want to explore any trades to get a pick for this year’s draft, rather than hope the accumulated free agents they acquire do not rob them of their 3rd round (projected) compensatory pick in next year’s draft.

While Gilmore may have started off slow – leading to nearly every game having the “just cost himself some money” tweet being dropped, he turned his season around, leading the team in interceptions and making the Pro Bowl. When Gilmore does get the contract he desires, remember, the CBA was built for veterans to be paid because the complaint was that rookies got it before they earned it. Pocket watching aside, Stephon Gilmore has earned that money.

Because of the timing of the NFL Combine schedule, today is going to be focused primarily on media interviews of the OL, RB and ST prospects. I’m looking forward to hearing from one linemen out of all the potential players that can talk today – USC tackle Chad Wheeler (OL 47). Wheeler on film is an good player that Stephen Culley of The Bills Wire has been quite high on – and in the zone blocking style that Rick Dennison’s bringing to Buffalo I can certainly understand why. Interviews for Wheeler will be crucial because, while his injuries as a Trojan can be easily evaluated, his tussle with police that led to a psychiatric evaluation will be scrutinized heavily by NFL execs.

Today is also the day that the quarterback, wideout and tight end groups get weighed and measured, so we’ll know right away the “official” heights of those players and get an idea which schools are more liberal with their measurements than others. Josh Norris of Rotoworld has a good primer on the combine up, explaining the importance of interpreting NFL thresholds and minimums, which I think can help explain the rigor in this regard.

That’ll do for this end, unless any news breaks. If you have any questions or comments about the combine once the workouts start – or even before – feel free to hit me up on twitter (@RDotDeuce) or our Buffalo Wins handle.