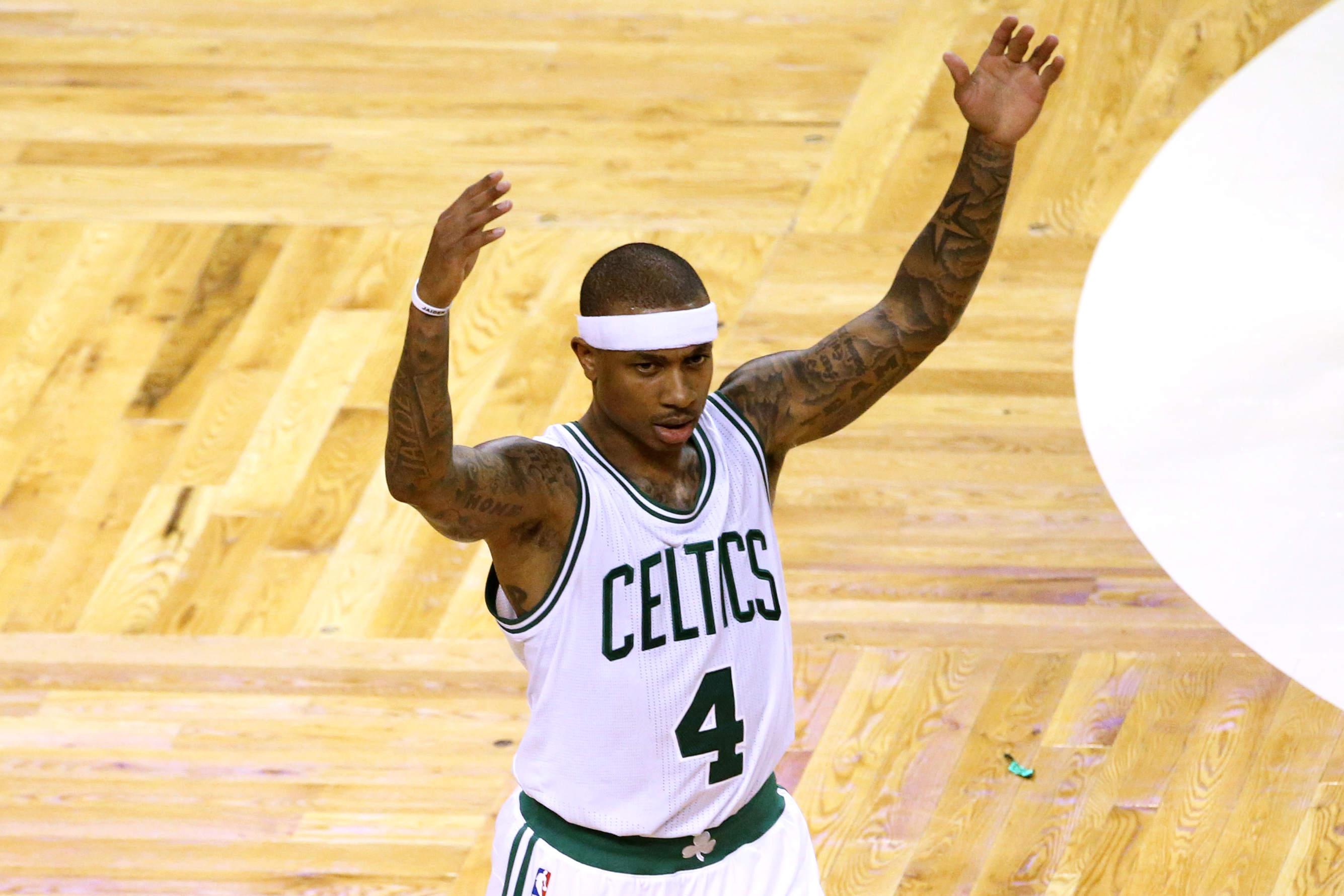 There is roughly six weeks remaining in the NBA regular season, and it won’t be long until the playoff picture starts to take shape.

Following last month’s trade deadline, several teams have emerged as contenders, while others would like to think they’re contenders, but aren’t.

Here some of the NBA’s pretenders and contenders right now.

Despite holding a playoff spot, the Bulls made it pretty clear they weren’t contenders this season when they dealt their leading rebounder (Taj Gibson) and leading bench scorer (Doug McDermott) at the trade deadline last week. As part of the deal for Gibson and McDermott, the Bulls received two young players from the Oklahoma City Thunder, including former first-round pick Cameron Payne, who could eventually start at point guard.

That just goes to show that if the Bulls fully intended to contend this season, they would have brought in players who can help them win now.

The Celtics put the defending champs on notice last night as Boston outlasted the Cleveland Cavaliers 103-99 on Wednesday night. Despite standing pat at the trade deadline last week, the Celtics appear to be in the mix for the Eastern Conference throne. The only question is, do they have enough to get them over the hump in the playoffs?

After Isaiah Thomas, the Celtics don’t have a legitimate No. 2 scorer, and that might keep them from going all the way.

The Pacers didn’t get Paul George help at the trade deadline even after losing six straight games before the All-Star break, so it doesn’t appear that Indiana is serious about contending this season. And if that’s the case, then George might be leaning toward signing with another team in the summer of 2018 when he becomes an unrestricted free agent.

The Pacers made an effort to shore up the roster prior to this season via trades and free agency, but it hasn’t worked out the way they planned it. Even if they manage to get into the playoffs, it’s not likely they make it past the first round against some of the deeper teams in the Eastern Conference.

The Rockets are going to be a difficult team to beat in the playoffs because of their high-powered offense. Houston is averaging 115.1 points per game this season and that’s likely to increase after the trade for Lou Williams from the Los Angeles Lakers. The former Sixth Man of the Year award winner has averaged 19.25 points in his first four games for the Rockets and is fitting in nicely with his new team.

It will be interesting to see how the Rockets match up with the Golden State Warriors, the highest-scoring team in the league, now that Williams has come aboard. Houston plays Golden State twice later this month.

This season has been quite the turnaround for the Jazz, who could ultimately finish with their most wins since the 2012-13 season. Quinn Snyder deserves a ton of credit for the work he has done in Utah the past few seasons. The former D-League Coach of the Year has turned the Jazz into one of the top defensive teams in the league.

That said, Snyder’s squad doesn’t score a lot of points, and that could be a problem against some of the Western Conference’s powerhouse teams. If the playoffs started today, the Jazz would get the Los Angeles Clippers in the first round, a team they’ve lost to twice this season by double digits.

The Warriors are expected to be without their leading scorer and rebounder, Kevin Durant, for four to six weeks after he suffered a sprained MCL and a bone bruise on his left leg earlier this week. That is quite an adjustment for the reigning Western Conference champions to make late in the season, but Golden State has three other All-Stars to lean on, including the reigning two-time MVP in Stephen Curry.

Anyway, Durant should return in time for the playoffs, and the Warriors have been almost unbeatable with him in the lineup.

The trade for DeMarcus Cousins last month does not ensure that the Pelicans get into the playoffs. As it stands right now, New Orleans is four games back of the No. 8 seed in the Western Conference.

However, looking at the Pelicans’ schedule of games to finish up the season, it won’t be easy to sneak into the playoffs. It’s also worth mentioning that Cousins hasn’t played or practiced very much with his new team, so it’s going to take some time for him to get adjusted. By then, it might be too late for the Pelicans.

The Spurs went 8-2 in February, for which Gregg Popovich was named Western Conference Coach of the Month. It’s not whether or not the Spurs make the playoffs but how far will they go. Despite a first-place finish in the Western Conference standings last season, San Antonio was ousted from the playoffs in the second round by the Thunder.

But with Kawhi Leonard having a career year and the addition of Pau Gasol to the roster, it’s looking like the Spurs are going to go far this year.

Health and Fitness 51m ago