Scott Rolen sneaks on to Phillies Wall of Fame Ballot 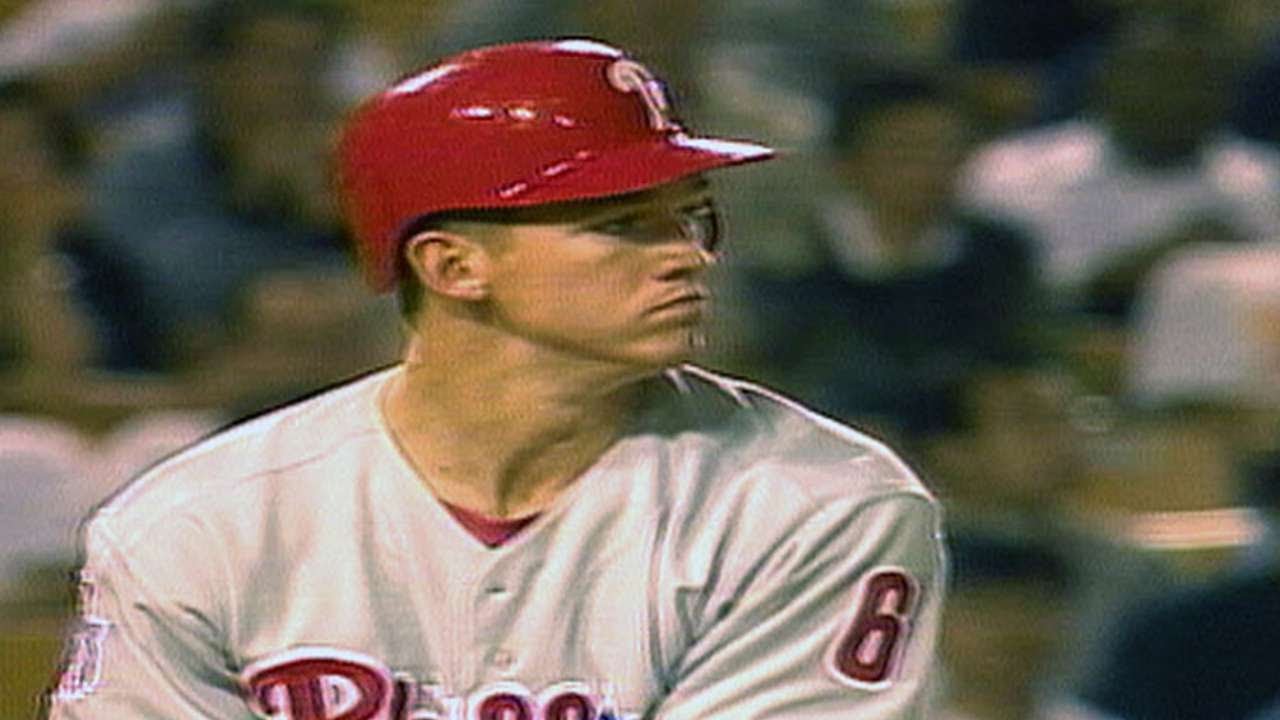 Scott Rolen sneaks on to Phillies Wall of Fame Ballot

While most Phillies fans are buzzing about Pete Rose’s eligibility to be honored on the Phillies Wall of Fame, it is easy to miss that one of the biggest Phillie villains of the past 20 years slipped onto the ballot as well.

Scott Rolen has no place on the Phillies Wall of Fame.

If you are looking at this from a strictly statistical point of view, the argument can most certainly be made. However, I’m leaving the land of numbers on this one.

For a former Phillie to be deemed wall-worthy, they also must come with a certain reputation. The past few inductees were beloved, respected, and well-received. Rolen classifies as none of these for one important detail: he trashed the team on his way out of town.

Rolen spent seven years with the Phillies, where he batted .282, with 150 home runs and 559 RBIs. He won the Rookie of the Year in 1997, made one All-Star appearance in pinstripes, and won three Gold Gloves for the Phillies.

Respectable numbers aside, the divorce between the Phillies and their star was an ugly one. In November of 2001, Rolen rejected a ten-year contract extension worth $140 million.

Rolen instead signed a one-year extension worth $8.6 million, but made it clear that he wanted to pursue free agency after the 2002 season. Rolen doubted the organization’s commitment to winning and forced the Phillies’ hand into trading him to the St. Louis Cardinals for Mike Timlin, Bud Smith, and fellow Wall of Fame nominee Placido Polanco.

I still remember Rolen’s thousand-watt grin on the front page of the Daily News referring to St. Louis as “baseball heaven.”

The culmination of Rolen’s last two years as a Phillie were cluttered with malcontent, controversy, and bad blood. He was constantly feuding with Larry Bowa and the tension between the two finally bubbled over in February of 2002.

The two had an on-field argument in spring training which resulted in them not speaking before the start of the season. The turmoil then led to an anonymous teammate telling the press that Rolen was a “clubhouse cancer.”

No one who was ever called a “clubhouse cancer” should ever be given any place of honor.

Rolen was coddled by then-manager Terry Francona and was able to do as he pleased. He asked for days off when he was tired regardless of whether that game came with a giveaway bearing his name.

When Bowa came to town in 2001 and demanded something of him, Rolen began to act like a petulant child. It is well-known that Bowa has a certain intensity in the dugout, we know this.

However, in his first season as manager, Bowa helped lift the Phillies from the basement of the NL East and in 2001 put up a vicious fight with the Atlanta Braves that lasted until the final weekend of the season. And the last time I checked, Bowa is on the Wall of Fame, and has been on a Hall of Fame Ballot. I think it’s safe to say he knows the game, and how to handle the city of Philadelphia.

When Rolen was forced to work harder, he became increasingly sour and it affected the team. The 2001 season ended with such hope, but his off the field behavior crushed any hope for a repeat run in 2002. The team chemistry was ruined.

He made sure to bash the organization one last time on his way out with the “baseball heaven” remark as well. He was essentially saying without saying that Philadelphia was baseball hell.

I find so much poetic justice in the fact while the Phillies might not have gotten a ring before him, they had the privilege of sending him home in the 2010 NLDS.

Then, he made his digs at the organization. Listen, I lived through the Phillies dark ages; I get it. There used to be a point in my life where I never thought I would see them win a World Series. But this was when the organization was trying to do things the right way, and they were only a few more years from fruition.

If he didn’t want that long of an extension, then he could have politely turned it down and expressed his desire to pursue free agency in a civil matter. Rolen went the opposite way, he chose to blast the organization on record saying that they were not committed to winning. Well, they were, and they did.

We do not win that World Series in 2008 without Ed Wade. Some people will never like to admit that, and I know that Pat Gillick got us over the hump, but that core Wade’s signature all over it. You know who we won the World Series without? Scott Rolen.

There was no need for him to blast the organization in the manner that he did. There are plenty of players who leave town gracefully; he could have done the same.

Rolen even did his best to alienate the fans towards the end of his tenure. Unhappy with increasing boos, Rolen refused a curtain call on his second home run of the game in an 8-4 win over the Montreal Expos on June 1, 2002.

When he was asked about it after the game with a smug tone in his voice simply replied: “Maybe we’re even.” If you do not want to do a curtain call, do not do the curtain call. But do not refuse the curtain call and then go on record and mutter “maybe we’re even,” like some salty child who just wants to take his ball and go home.

Rolen earned every boo that was ever hurled his way as he passed through Philadelphia throughout his career. No matter how much time passes, I will still never be able to forget about how he turned on the fans towards the end of his tenure. And don’t let time fool you either, he did not care about us.

There is no place for him on the Wall of Fame. A player who trashed the organization, ruined team harmony, constantly argued with the manager, and turned on the fans does not belong in the company of the greats immortalized on that wall. He does not deserve it, and he certainly does not deserve any clemency granted by anyone who votes for him. He nuked that bridge, not the Phillies, not his teammates, and not the fans.

The Phillies came out on the better end of the deal of the trade anyway. Timlin and Smith didn’t work out, but in two stints with the Phillies, Polanco was beloved by his coaches, teammates, and fans. Polanco was also a reliable top of the order guy who hit for average and was a hard worker.

If you don’t want to give your vote to Pete Rose, I urge you to give Polanco some consideration. He earned his spot to be considered, Rolen didn’t.

Scott Rolen does not deserve to be on that wall.