Tony Romo: A look back at his Dallas career 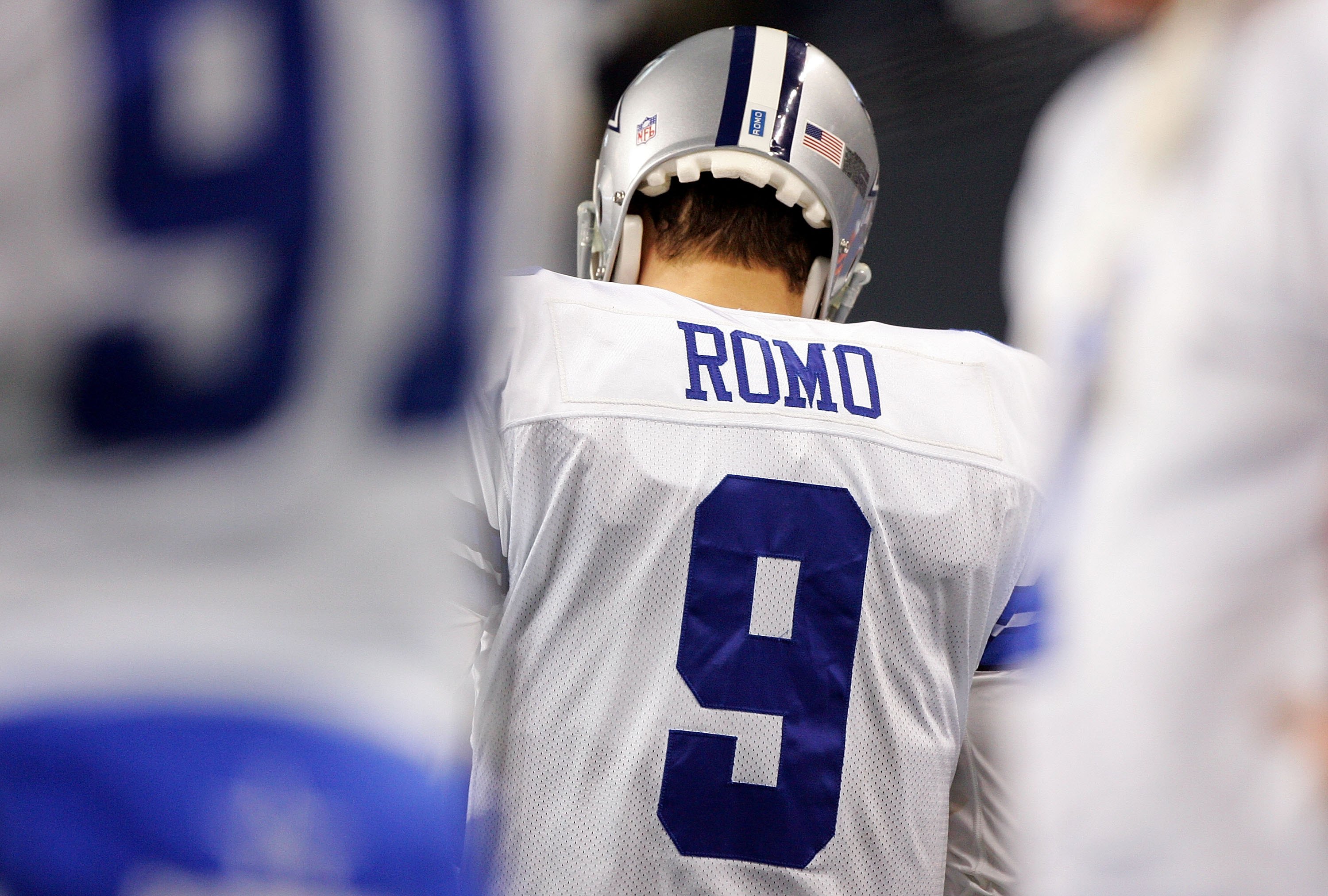 Tony Romo: A look back at his Dallas career

I still remember Tony Romo’s first NFL game. It was on a Monday night in Dallas against the New York Giants. Dallas was trailing big, and head coach Bill Parcells benched Drew Bledsoe for Tony Romo, who nearly brought the Cowboys back.

By the next Sunday night, Romo was the starting quarterback for “America’s Team”, shredding the Carolina Panthers on the road and quickly becoming one of the biggest stars in the NFL.

I always liked Tony Romo and have always been a fan of his. I didn’t always agree with everything he did, like that vacation during their bye week in the 2007 playoffs, but other than that, I always liked Romo.

Cowboy fans on the other hand, have always had a love-hate relationship with Romo, loving him when the going was good, and cursing his name when he threw that game changing interception.

Living in Texas, just about everybody here seems to be a Cowboys fan, so I know first hand of that love-hate relationship with Romo, and I’ll never forget that game against the 49ers when Romo played with broken ribs. It was pure guts, and as the Guru QB, it was awesome. I even wrote a piece about it when I wrote for Bleacher Report.

Two years ago, I truly believed Dallas made a huge mistake in bringing back Romo during a lost season. It made no sense, and I wrote about it here on this blog.

In the last two seasons as a Cowboy, Romo has played in just 5 games. His 5th game, may have been one of his most memorable, and it lasted all but one series.

In the final game of the 2016 season, Romo came off the bench against Philadelphia to a standing ovation from Cowboy fans who knew exactly what it all meant. Romo drove the Cowboys downfield and ended his only drive of the 2016 season with a touchdown pass and a big smile on his face as he left the field for what would be his final play as a Dallas Cowboy.

For all the memories he brought to Dallas, I’ll always remember Romo more for the losses than the wins, and not that it’s a bad thing either. Sometimes in a loss, you come to admire the players or team even more. That 2007 Wild Card loss to Seattle in which Romo fumbled the game winning field goal attempt was absolutely heart breaking.  As a football fan, you could feel the weight of that loss on Romo’s shoulders.

To this day, I have no doubt in my mind, that had Dallas made that field goal to beat Seattle, they would have ended up in the Super Bowl against the Colts instead of the Chicago Bears.

The 2014 Cowboys, and in particular, Romo, were awesome. He put up a career year tossing 34 touchdown passes to only 9 interceptions.  That win at Seattle in the regular season was huge, almost a notice to the NFL that the Cowboys were for real that year, and they were. In the playoffs against Green Bay, famous for the Dez Bryant “catch-no catch” play, you could really see Tony physically struggling with injuries in that game. He was so beat up, you knew he just sunk into an ice bath after the game, his whole body hurting from the wear and tear of that season and the years gone by.

Both those 2007 and 2014 squads were without a doubt, the best Tony Romo led Cowboy teams he ever played for, both Super Bowl teams if not for two plays.

Whether you liked the Cowboys or not, I think in the last couple of seasons, even the most die hard adversary grew to respect Tony Romo. He’s a competitor, and he’s fun to watch. From his ducking a J.J. Watt sack and then throwing a touchdown pass, or his mad scramble against the Rams where the ball went over his head and he ran back from midfield all the way to his own 15, then ran all the way back to midfield to pickup a first down, or even this scramble and throw against Seattle, it was awesome.

Tony Romo won’t be a Dallas Cowboy anymore, but he left enough memories to last a lifetime. Hopefully he’ll create more memorable moments wherever he lands, because the NFL will be watching.