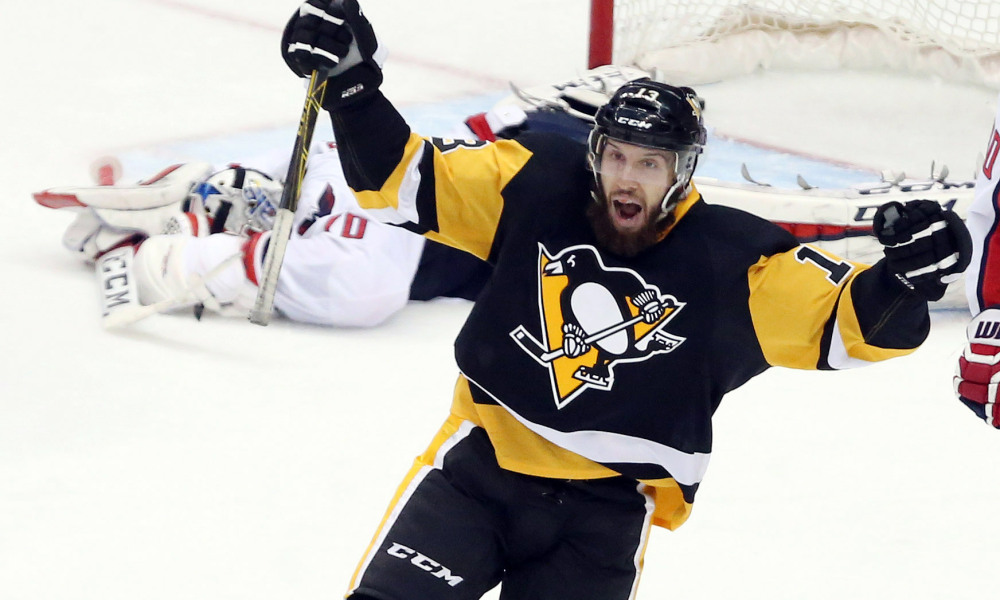 He was the B of the famous HBK line. A third-line center who found himself in the middle of the Penguins playoff wildest success in 2016. His last name was the goal call heard around the hockey world. And then, it changed..?

Unlike players like Conor Sheary and Bryan Rust who continued to build on their late season successes with modest to incredible regular season gains, Bonino’s season got off to a stuttering start. He’s struggled so much that recently, he was moved away from Hagelin and Kessel who have been flanking Evgeni Malkin.

Of course, things change and what’s worked before won’t always work again but is something wrong? Is there something deeper here? I decided to take a look at some numbers and see what I could uncover.

Next, I took a look at some of the other numbers there. Last year he gathered 2 power play points while this season he’s amassed 8 with games left to play. During the Penguins game against the Jets where he notched a hat trick including two power play goals, he matched his power play goal total from all of last season and doubled it for PPGs this year. His faceoffs, while not as great as last year are simply regressing to his mean. Meaning that while last year he was a 50% in the dot his career average is closer to the 48.59% he’s putting up now.

What does this all mean then? That maybe Nick Bonino isn’t performing as differently as we might think? Not so fast.

When I looked into his advanced numbers, all compliments of corsica.hockey, I found what the issues might be. Let’s start by looking at basic shots. While Bonino’s shots for per 60 is hovering around 32, the same number as last year, his shots against per 60 has gotten noticeably worse. While last year he gave up an average of 27 shots against, this year he’s giving up an average of 34. That difference is especially telling because it’s changed his differential from generating more SF than SA to the other way around. I wouldn’t go so far as to say he’s bleeding shots but it’s definitely not a move in the right direction when you start giving up 7 more shots per every 60 minutes you’re on the ice and aren’t taking any more shots than you were.

Next, let’s look at the Penguins preferred advanced statistic. Scoring chances are what coach Sullivan prefers as he’s mentioned before so let’s see if that changes anything. Last year, Bonino’s scoring chances for per 60 was 9.31 while his scoring chances against per 60 were 6.29. This year those numbers are 9.01 and 10.33 respectively. If anything this makes it worst. Not only is Bonino giving up more he’s generating less. This is all around a bad look for the center and explains a lot.

So what’s wrong? What do we do? How do we fix it? I have an idea. What about a simple swap? How about giving Matt Cullen those third line center duties for a while? His scoring chances for per 60 currently sit over 11 while his scoring chances against per 60 are around 8. Meaning he’s playing higher event hockey. This then matches Bonino with some lesser competition and maybe if it’s a confidence issue can help him find that magic touch before the playoffs begin.