It’s not unusual to see a fight break out at a hockey game. It’s rare to see a donnybrook that seems to come straight out of the days of “old time hockey.” Lightning defenseman Luke Witkowski and New York Rangers forward Tanner Glass produced a vintage masterpiece when they traded blows for more than a couple of minutes in Monday’s game at Amalie Arena. The hard nosed blueliner is making it hard to ignore his contributions to the team since slotting into the line up.

Those who are relatively new to Lightning fandom may not realize just how long Witkowski’s been a part of the organization. Originally selected in the 2008 NHL Entry Draft, he would go on to a stellar collegiate career at Western Michigan University. He would captain their hockey team for two years. From there he turned pro with Tampa Bay’s AHL affiliate Syracuse Crunch and would make his NHL debut on January 20th 2015. Earlier this season Luke was named the captain of the Crunch and has been recalled by the parent club on a number of occasions.

A bit of a throwback when it comes to his hard hitting playing style, Witkowski isn’t a one dimensional player. After being scratched for nine straight games he chipped in any way he could. This included moving up to skate as a forward with the Lightning’s fourth line on March 4th. Head coach Jon Cooper had some complimentary words after the game:

“He’s our new Brian Boyle,” coach Jon Cooper said of Witkowski’s versatility. “What I liked was his energy. He’s skating, he’s physical. He’s intimidating. He had some great plays off the rush. They were crashing the net. He’s big. He’s heavy. In the two games he’s played for us, whether he’s been playing up or back, he’s brought a lot of positive emotion to our team. It’s been good.”

It’s been difficult for Witkowski to find his way into the Lightning line up this season but he’s stayed ready to go whenever he gets the call. When he does get to play he relishes the opportunity no matter the circumstances. A blue collar player like Luke may seem out of place with a Lightning team that’s become known for it’s offensive skill but he’s proving he can chip in wherever he’s needed. Whether it’s dropping the gloves or getting a 2-on-1 opportunity when skating as a forward he’ll do it all.

The Lightning are playing desperately as they try to make it into the playoff picture. As the season winds down it’s hard not to imagine a player like Luke Witkowski seeing more playing time. His quiet leadership and versatility could be a huge asset to the team in the final stretch of the season. 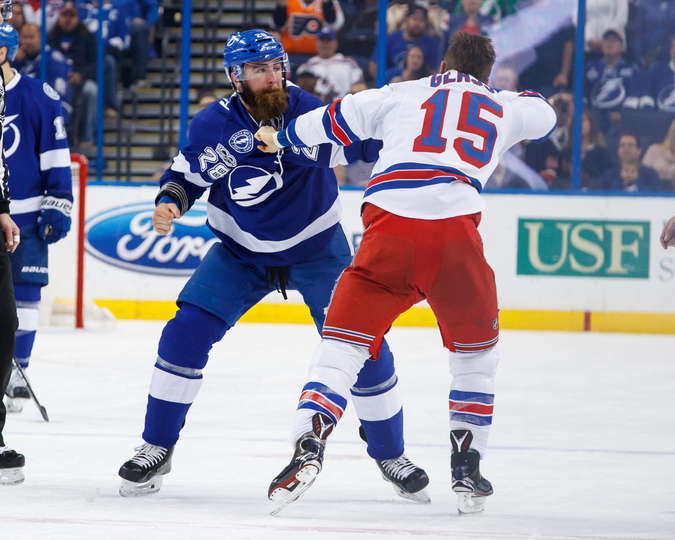 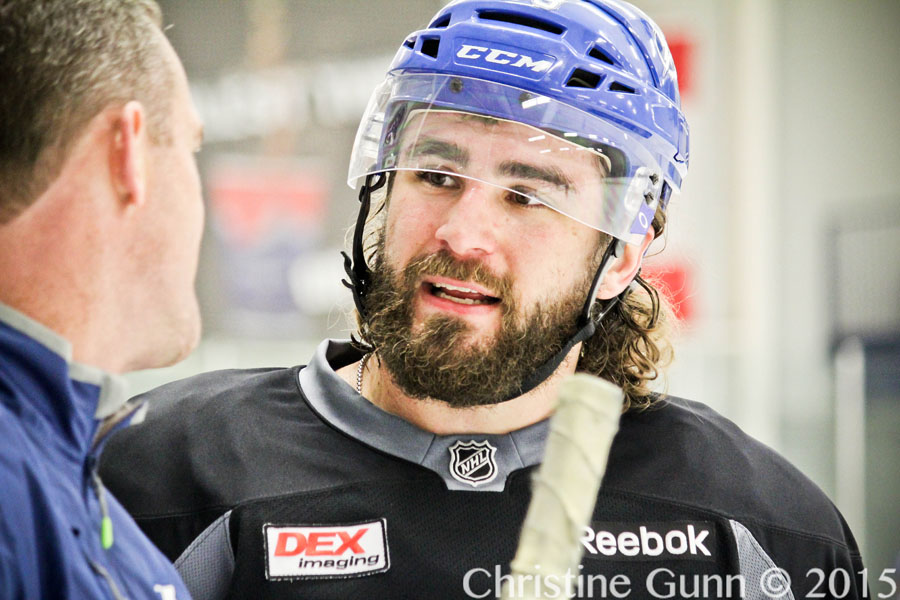 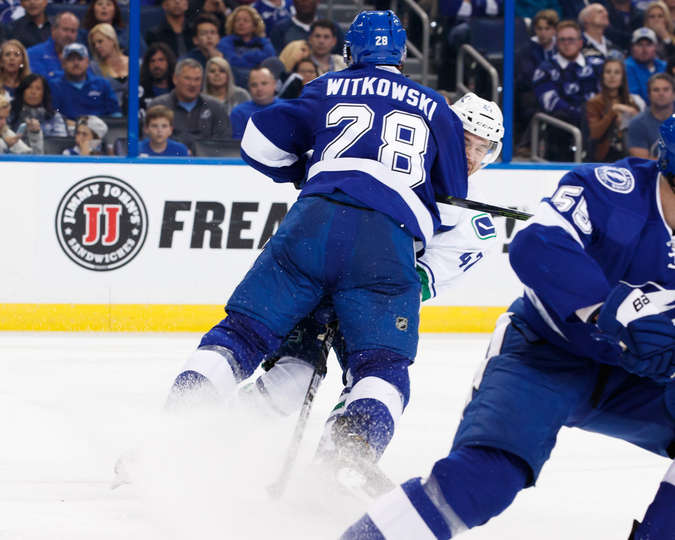 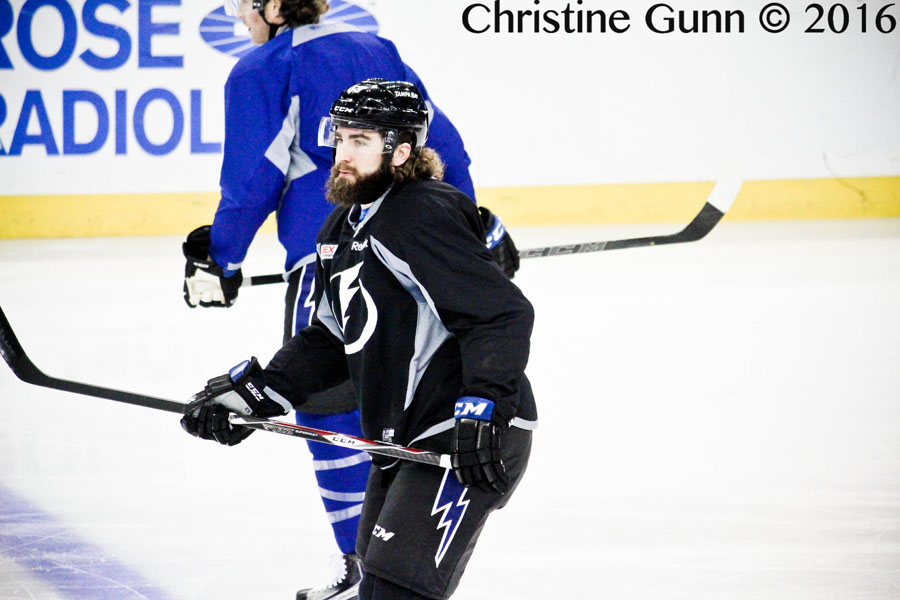 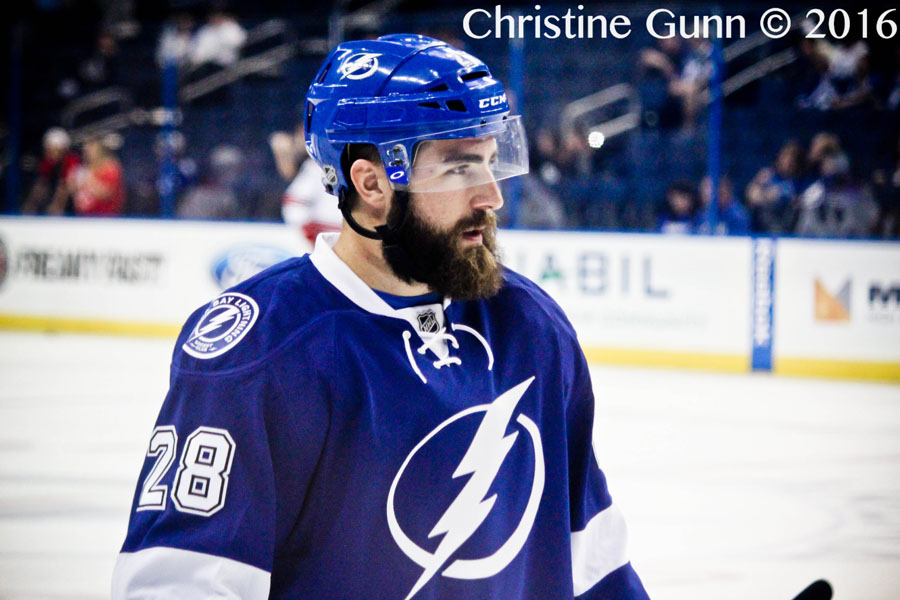 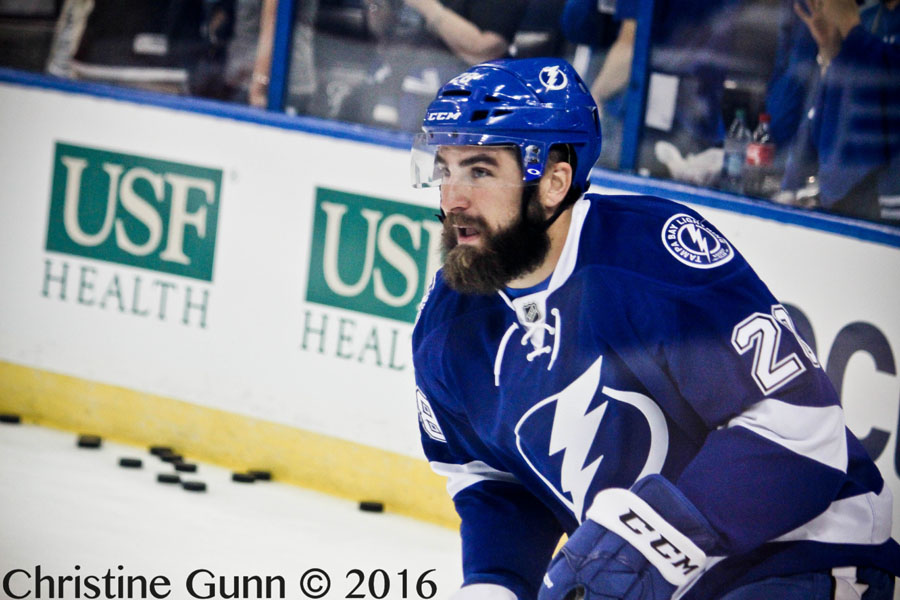 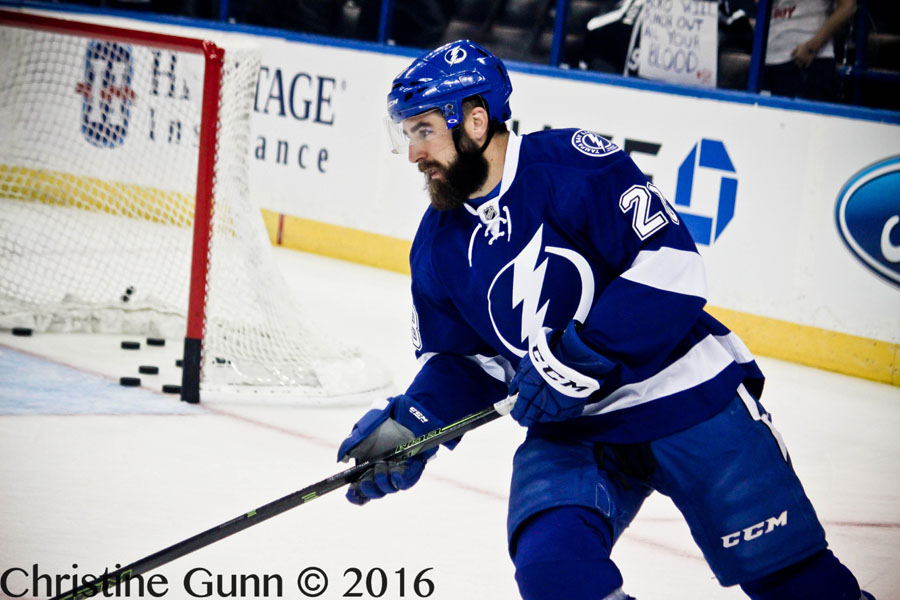 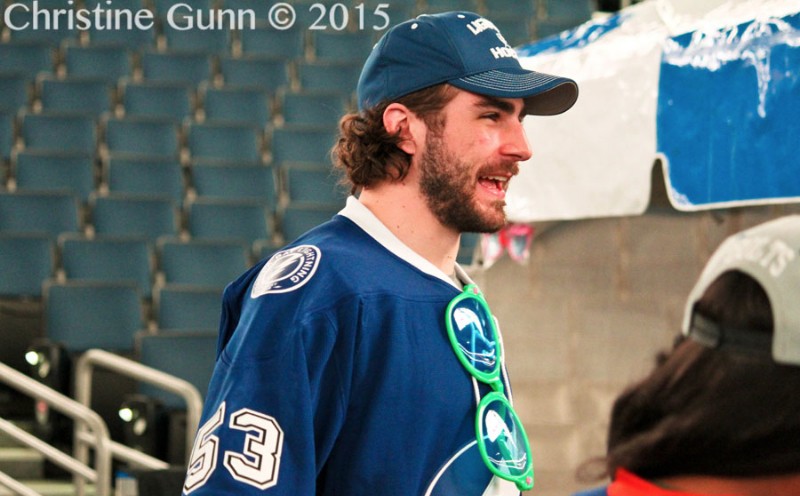 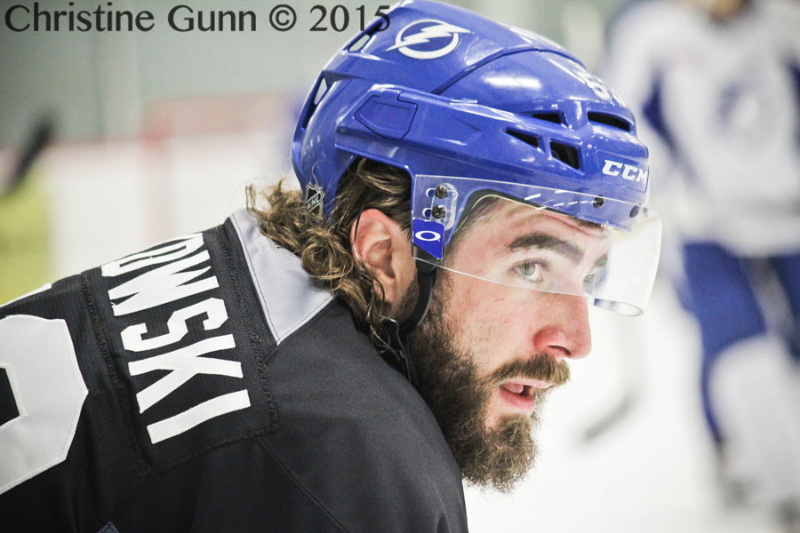 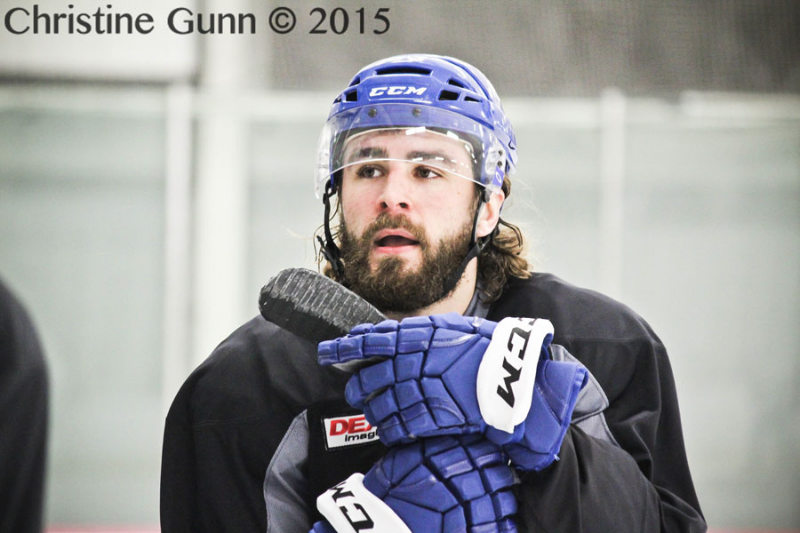 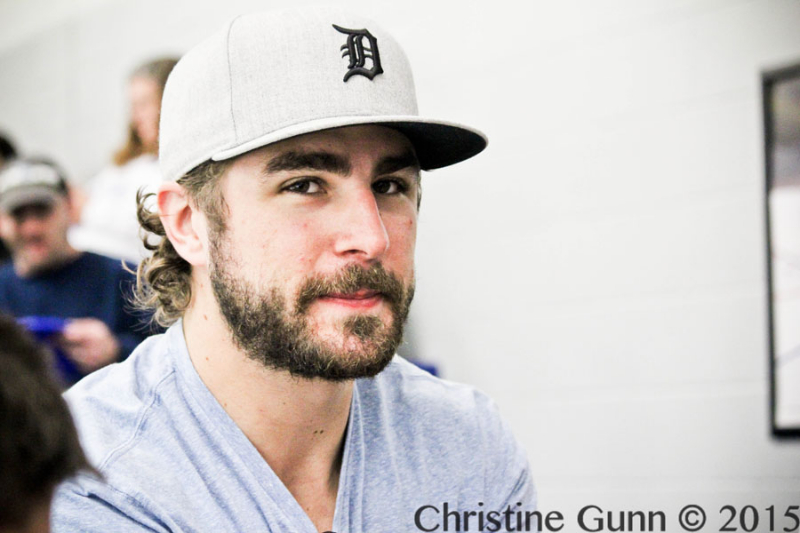 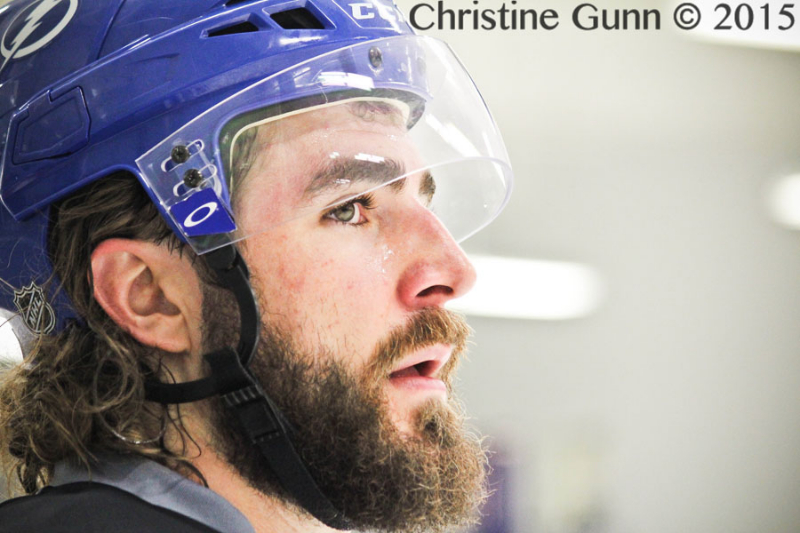 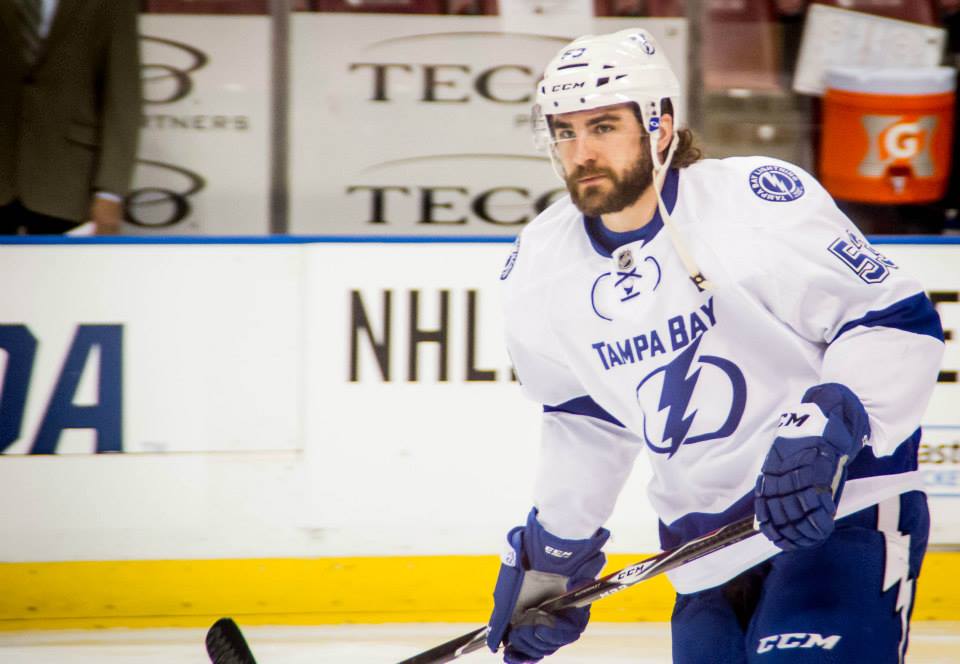 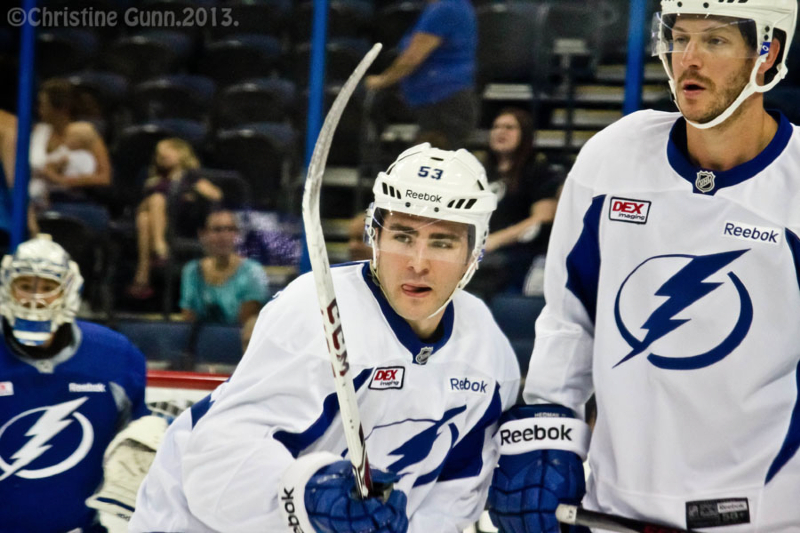 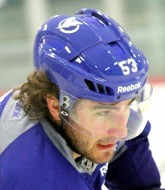 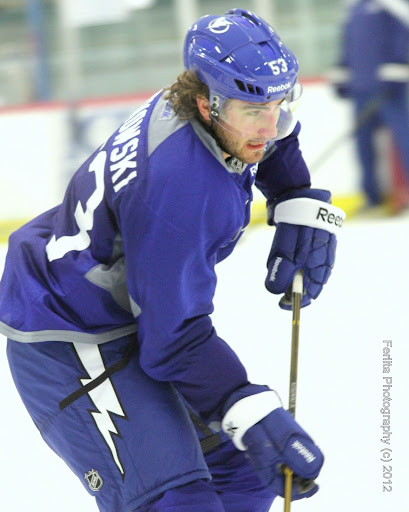 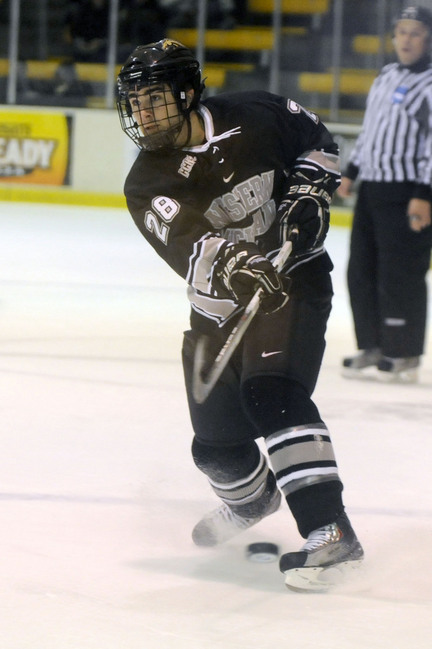