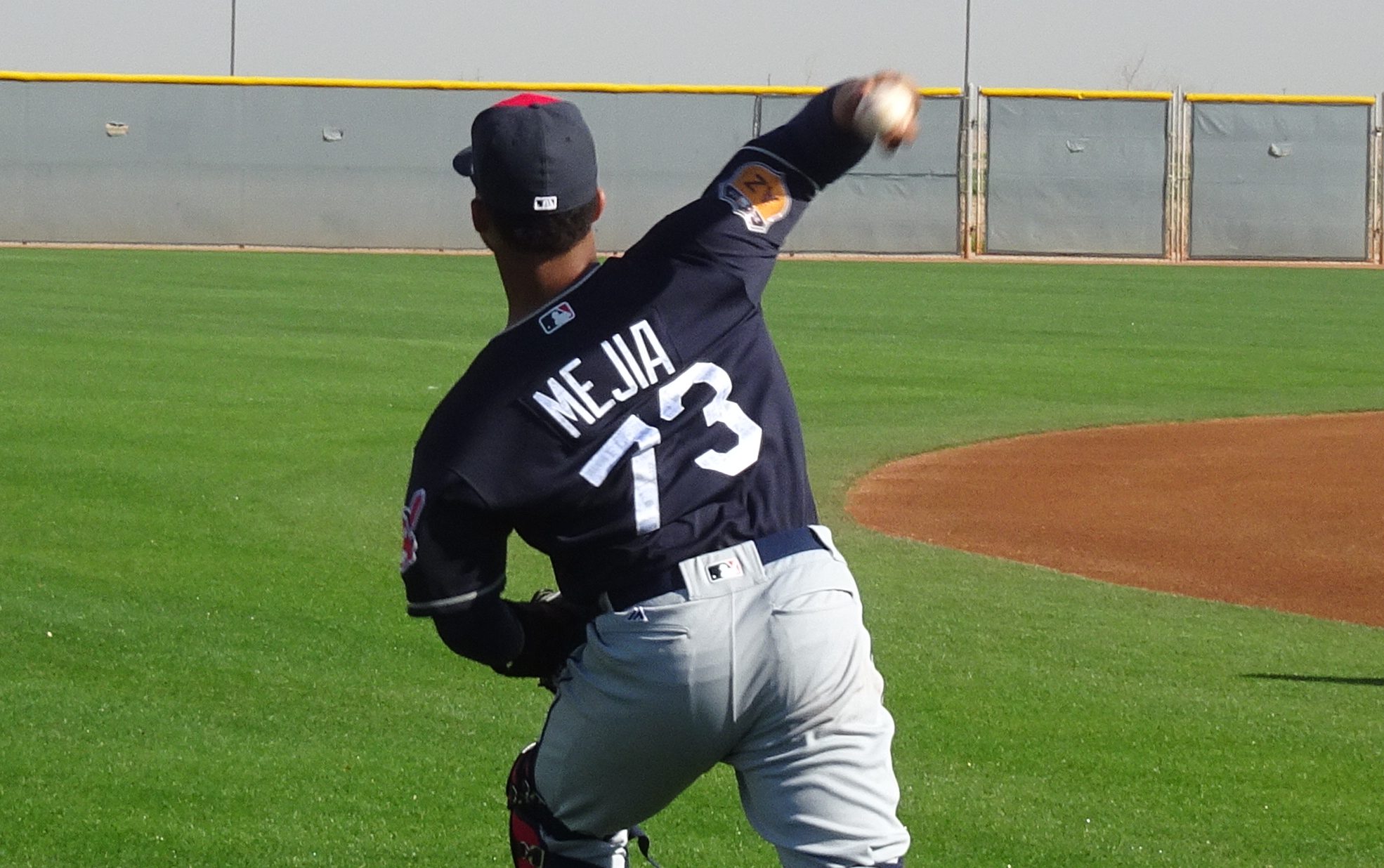 Gomes suffered a separated shoulder as he tried to exorcise some demons with a chicken and three hard hit balls. Still, Gomes did manage to sock a home run on the last Sunday of the season that gave the Indians home field advantage in the ALDS despite missing a few weeks after recovering from the separated shoulder by suffering a broken wrist.

Roberto Perez meanwhile overtook Gomes defensively while suffering an injury of his own. His offense suffered after returning early from a fractured thumb when Gomes went down. The good news is, Perez’s framing was an upgrade in a huge way. His 7.7 framing runs and 12.5% walk rate were an instant upgrade.

I wrote back in January that with at least the on-base skills and better framing numbers, Perez should get the lionshare of the playing time behind the plate. However, Indians Manager Terry Francona has since said that Gomes will technically be the starter but also noting that Perez won’t be the typical backup that plays once a week. Hopefully that keeps them both healthy this year, because once again, they are the bulk of the Indians catching depth.

The 36 year old 11 year veteran is in camp as a non-roster invitee. He posted +4.0 framing runs at AAA bouncing between Houston and Pittsburgh organizations last season. He hasn’t been a part timer in the big leagues since 2013 when he had 218 at bats with the Phillies and actually posted a solid 8.3 BB%, but only a 79 wRC+ (weighted runs created plus). It’s possible because of his framing and past ability to walk that he’s the first call if there is a catching injury again. However, he isn’t on the 40 man roster.

Quiroz is a 10 year vet and 35. He racked up 297 at bats in AAA Columbus last season after the Indians went through their catching depth. He posted a 118 wRC+ with 11 homers, but -9.7 framing runs. He hasn’t taken a big league at bat since 2014 as a backup with San Francisco and that was only two at bats. Quiroz appeared in 43 games in 2014. If catching depth got this bad, he would probably be in line after Kratz, but there’s a better chance the Indians would explore an external option first.

Moore is entering his third straight season in the Indians organization and, despite injuries to Perez and Gomes over the last two seasons, he’s only racked up nine Major League at bats. He had a .681 OPS in 299 at bats in AAA Columbus last year. Moore did add +1.0 framing runs in 2015, but was a negative in 2016 of -2.2. In the last three years, the Indians have used George Kottaras, Chris Gimenez twice and Brett Hayes as emergency backup catchers from AAA before calling on Moore, so if another long term injury arises, he’s probably not getting the call again.

Mejia is the third catcher on the Indians 40 man roster, but don’t expect to see him in 2017 under the gravest of injuries or circumstances. The Indians added the 21 year old to protect him from the Rule 5 draft. In addition to his headline making 50 game hitting streak, he threw out 30 or 69 base stealers (76.9%). His arm is a real weapon in addition to his switch hitting, low strikeout and good walk numbers. Mejia will probably head to Lynchburg for the first half and the Indians will hope he hits his way to Double-A by mid-summer. The Indians did use him as the main chip in the failed Jonathan Lucroy trade last July, but unless the Indians have a dire need this summer at the deadline, I don’t think they’ll do that again now that he’s on the 40 man roster and given the current payroll. This is especially the case as the Indians will need controllable, cheap assets in the near future of Mejia’s ilk.

Others below include Eric Haase, Jeremy Lucas and Daniel Salters. Haase struggled and dealt with injuries in his first taste of AA, but still possesses the ability to work a walk, power, a great throwing arm and good pop time. Lucas had a hot start offensively but tailed off. Has a pretty interesting bat but may not be a catcher full time. Salters is a high contact, lower power catcher who is 24 and has yet to play a full season out two pro years.