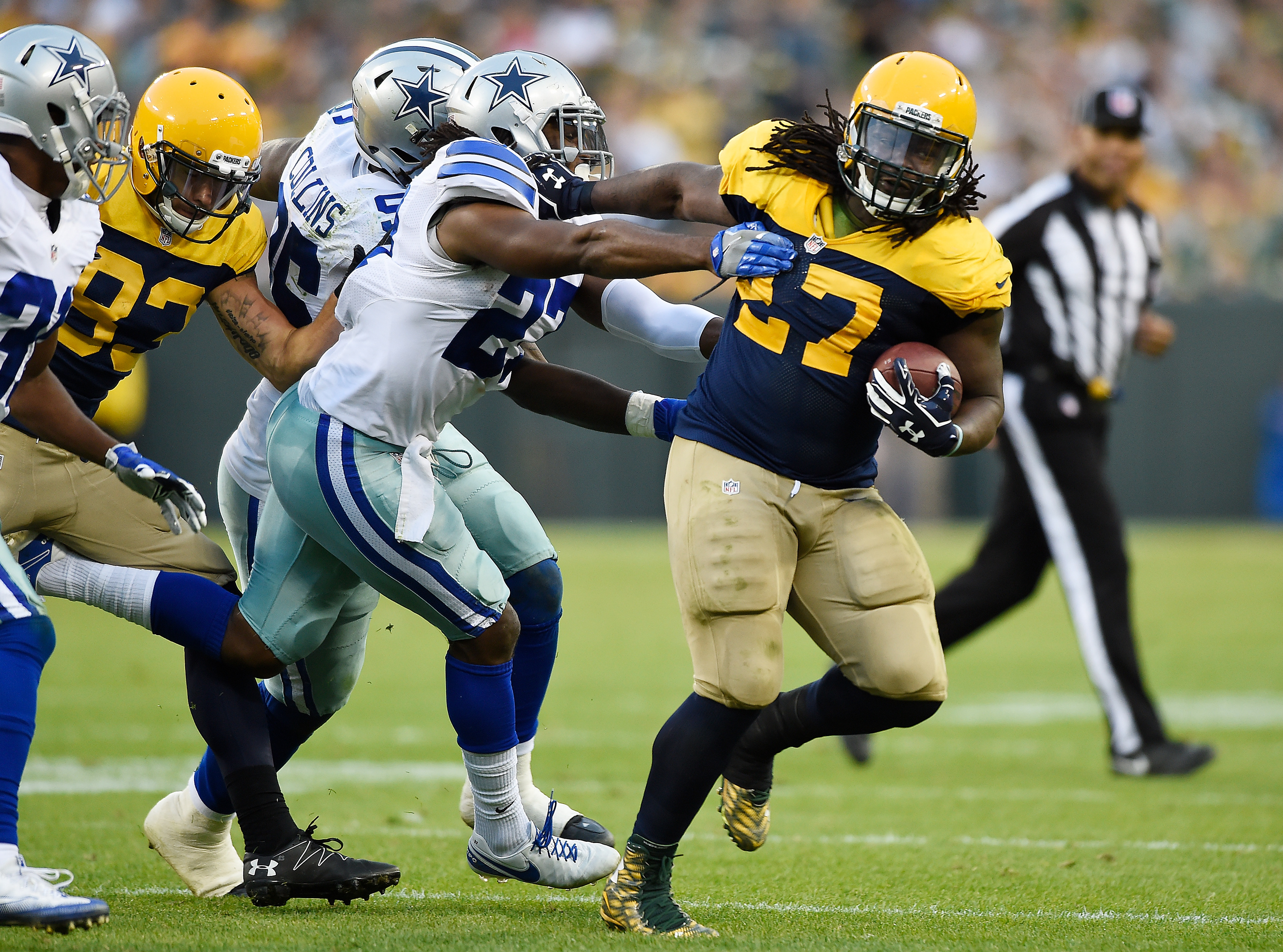 Running back Eddie Lacy spent most of the the 2016 season injured, and that’s not something you want to have happen during a contract year.

Lacy failed to score a touchdown last year, with 71 carries for 360 yards. He did manage to cut down on his overeating and came in at 235 pounds — which is about 20 fewer than he had been at — but he still wasn’t able to run with the burst he had in college.

His stock is low right now, but he’s still drawing some interest.

Lacy is set to talk with the Packers, but he also has visits set up with two other NFC teams in desperate need of a running back, according to his agent.

.@Lil_Eazy_Ana_42 set to visit the @Seahawks, @Vikings, and @packers over the next 4 days. pic.twitter.com/rXQThTT1f6

Neither the Seahawks nor Vikings have good offensive lines, so that may factor into Lacy’s decision. We’ll see where he ends up.