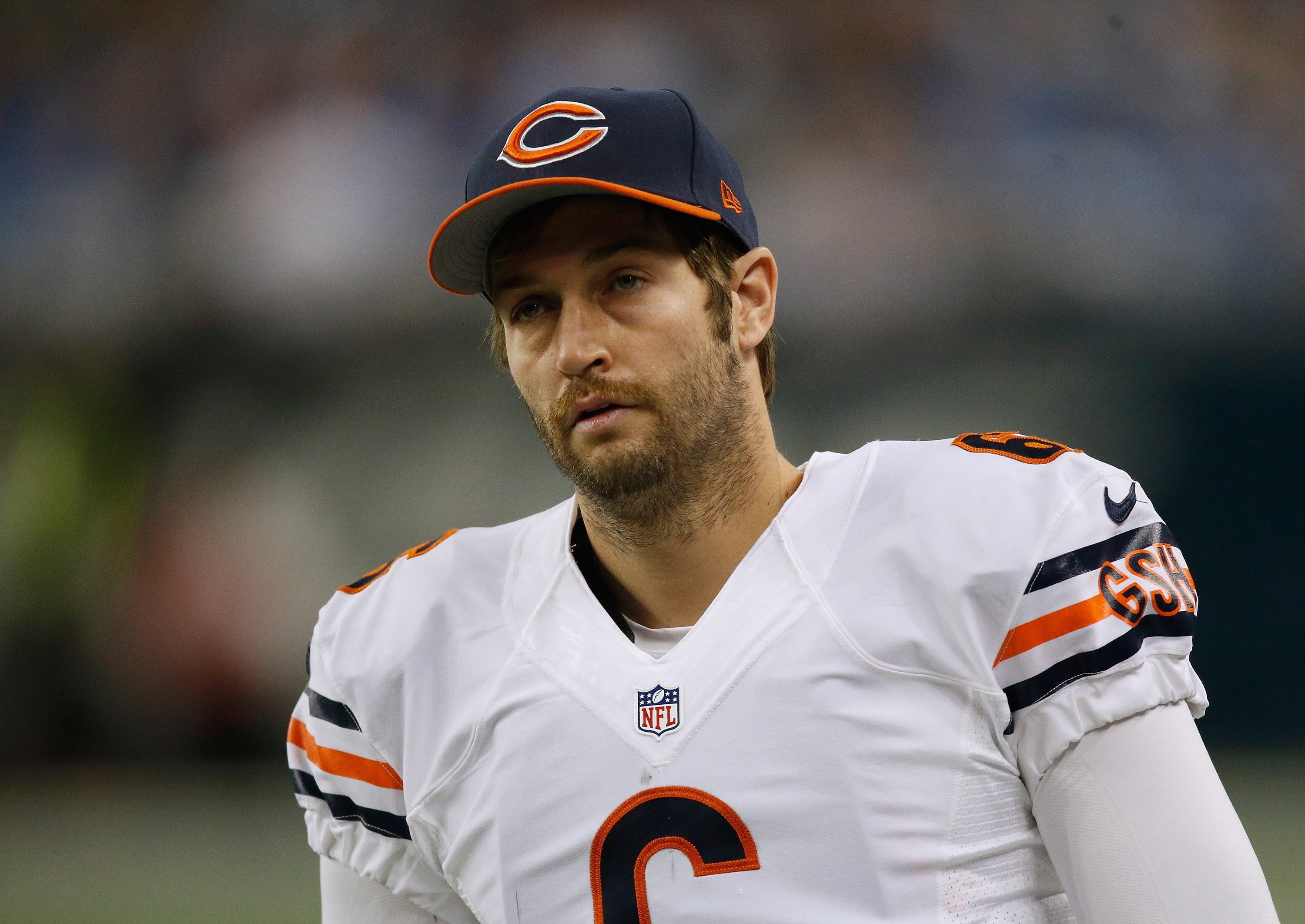 An NFC quarterback in his 30s who hasn’t been to a Super Bowl and has missed a lot of time with injuries is about to get cut.

According to ESPN via Pro Football Talk, the Bears were expected to release Cutler Thursday.

And so Cutler has fallen so far that he’s expendable because the Bears have Mike Glennon.

Cutler, who will be 34 next season, played in just five games last season. He threw four touchdowns and five interceptions. He’s 17-31 as a starter since 2013.

Now that Romo might not even become a free agent, there’s a chance Cutler will draw some interest out there if he still wants to play. The thing is, he doesn’t usually look like he enjoys playing. So it wouldn’t be entirely surprising if he just retires.