Kirk Cousins is the latest to want out of Washington, per report 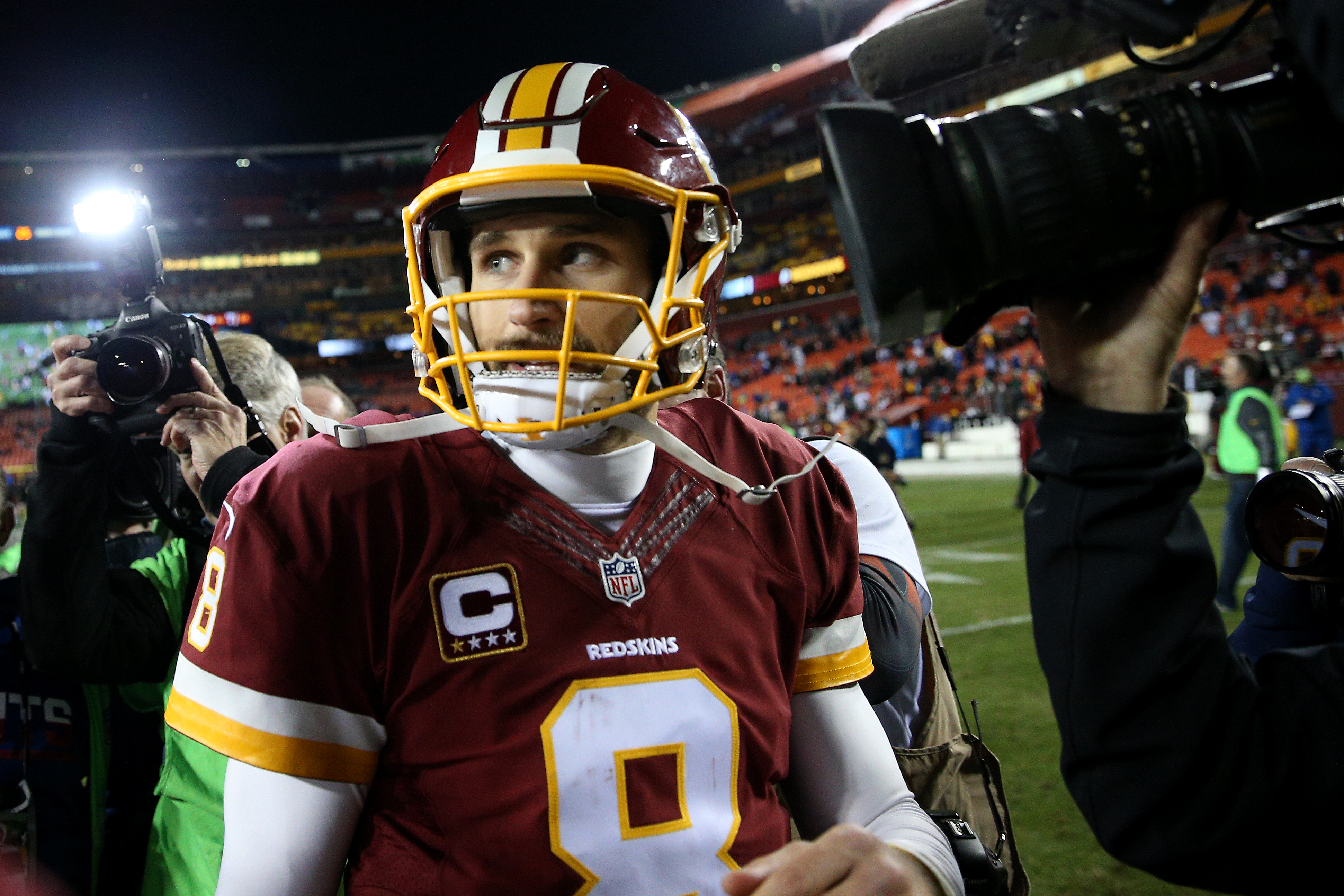 Kirk Cousins is the latest to want out of Washington, per report

Count Washington Redskins quarterback Kirk Cousins as another guy who may want away from the team.

With the team losing guys like DeSean Jackson in free agency and an odd situation surrounding Scot McCloughan, the Redskins at least thought they had the quarterback situation figured out.

Kirk Cousins appealed personally to owner Dan Snyder for a trade but was basically told not to get his hopes up, per sources.

It’s chaos in Washington, where the Redskins had to tag Cousins again because they couldn’t work out a long-term deal. The Redskins haven’t exactly acted like a team invested in Cousins either way.

Mike Florio of Pro Football Talk summed up how Cousins could respond:

Cousins’ response should be to tell Washington not to get their hopes up about him signing his franchise tender. By rule, he can stay away until Labor Day or thereabouts, skipping the offseason program and training camp and the preseason and making $23.94 million for the season once he reports.

If Cousins really wants to push the issue, he could probably force his way out of town. Speculation about a link to the San Francisco 49ers isn’t going away any time soon.

For the Redskins, shipping Cousins away for a top-two pick and rolling the dice on a new quarterback might be the best move—especially if the quarterback they’ve remained iffy on doesn’t want to be around anymore.